Ayahuasca and Alternate Dimensions of Reality 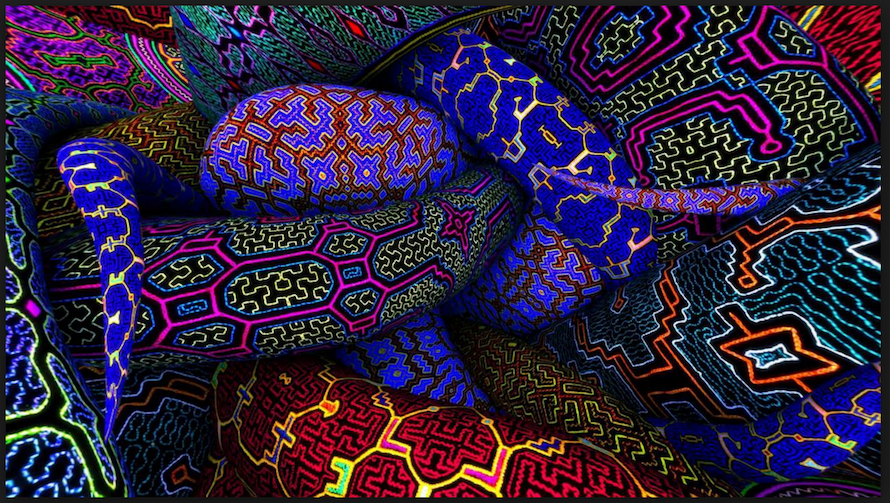 Ayahuasca is an ancient medicine that was perfected over ten thousand years ago by indigenous shamans of the Amazon Rainforest.  It is the combination of two plants that when cooked together produce an elixir that allows the biological system to perceive more than the ‘regular’ dimension of reality.  The two plants that are combined are typically a vine also called ayahuasca, scientifically known as banisteriopsis caapi, and the leaves of a variety of plants, but most commonly chacruna, scientifically known as psychotria viridis.  It is interesting to note that it takes the combination of these two plants for the medicine to have the proper effect, and with over sixty thousand plant species in the Amazon Rainforest, it would be highly unlikely that the indigenous tribes of the jungle simply came upon the combination by accident.

The active ingredients in the Ayahuasca vine are harmaline, harmine, and tetraharmine, which are all known to modern science as MAO inhibitors, meaning that they prevent the body from producing an enzyme called Monoamine Oxidase.  This enzyme would normally break down the active ingredient in the leaves of the chacruna plant, which is Dimethyltryptamine, and thus make it inactive.  But, because of the presence of the MAO inhibitors, the Dimethyltryptamine, or DMT, stays active and travels up to the brain where it stimulates the pineal gland to produce its own DMT.  I know this may sound confusing, but it’s important to outline the science of it all before we get to the good stuff.  The pineal gland is a very important gland in the brain, as it is often referred to as the third eye, and is responsible for regulating waking and sleeping.  So, ayahuasca is a medicine that stimulates a gland in the brain that regulates dreaming, which takes place in another dimension of reality.

What ayahuasca does is quite difficult to describe without getting spiritual.  It raises one’s sensitivity to light to include light beyond the visible spectrum, thus allowing people who ingest ayahuasca to see more of reality than they usually can.  They can also hear more of reality and feel more of reality.  Thus, they can exist in an expanded dimension of reality.  Their dreams can also become a part of this reality, although they need not fall asleep to have these dreams, and because they are conscious during this experience, they are able to control themselves in these unusual, interdimensional states.

This is what I call shamanism, the movement and manipulation of interdimensional states of reality to effect change in the so called ‘normal’ dimension of reality we return to after the ayahuasca experience has ended.

Imagine that you are in a pitch black room.  You have your eyes open but you cannot see anything.  Because you cannot see anything, does that mean that there is nothing there?  Of course not.  Now, imagine putting on some night vision goggles.  All of a sudden, you can see a lot more than you could before.  Are you hallucinating?  Not at all, you are expanding your ability to see and therefore perceiving what was there but was not previously visible.  This is a good way to consider ayahuasca.  Drinking ayahuasca is like putting on night vision goggles, only they are a bit more complicated than that.  I would call them interdimensional goggles instead, but the principle is the same.  This sacred medicine that has been used for thousands of years by indigenous people of the Amazon Rainforest allow you to see more of what is there but was not previously visible.

What is there?  That’s the most amazing part of it all.  What is there are spirits, living entities with personalities and characteristics, only vibrating light frequencies that are beyond our biological limitations.  In fact, we are spirits as well.  This is where the term spiritual dimension becomes particularly pertinent, as there are literally worlds that exist beyond our perceptual comprehension.  What we can see, hear, smell, taste, and feel makes up less than one percent of what is actually out there.  It would be quite foolish of us to think that we can rely only our limited senses to understand the entirety of reality.  When we drink ayahuasca, we get a glimpse of what more is out there, how much more is out there, and truly how little we know about it.

That is why I urge you to consider supporting the preservation of shamanic traditions throughout the world, for it is the shamans of the indigenous communities of the world who are the true scientists of our civilization.  Without them, we will lose some of the most valuable information that the human race has spent the last fifty thousand years collecting, compiling, and developing into the science that is shamanism.  The sacred science of plant spirit medicine can heal any illness, yet we consider it alternative and even worse, primitive.  Modern science hasn’t a clue compared to shamans.  So, please, if you’ve made it to the end of this article, then visit www.ayahuascafoundation.org and consider making a contribution to the preservation and continuation of the oldest science humankind has, so that it may still serve to heal us and help understand who we are.  In the end, we are not humans having spiritual experiences.  We are spirits having human experiences.