Eye of the Needle: A Psychedelic Journey with Ayahuasca 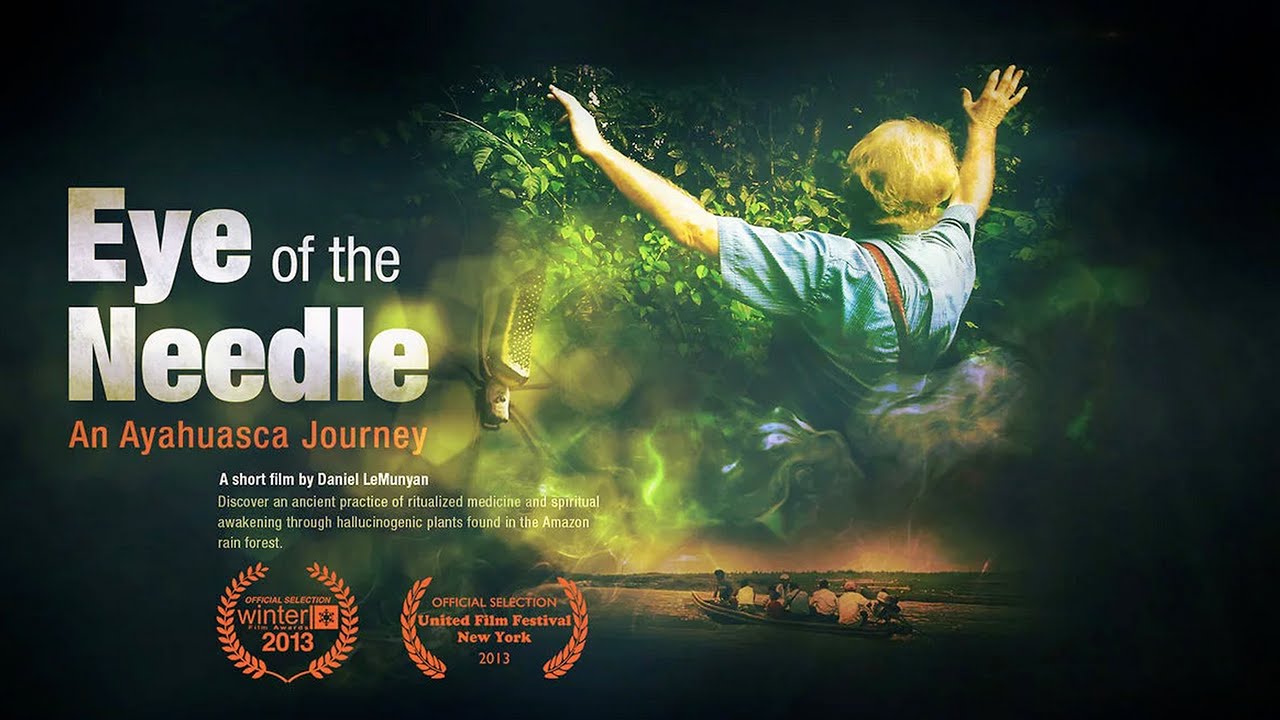 Twenty years ago, no one but scholars and committed psychonauts had heard of ayahuasca in the Western World. Today, it is the golden child of psychedelic cinema.

Opening with a sequence that sets its cultural reference points with prior films – including clips from Daniel Pinchbeck’s 2012 documentary and interviews with visionary artist Alex Grey – Daniel LeMunyan’s “Eye of the Needle” establishes itself as a member of the emerging “documentaries mainstreaming indigenous traditions” genre essentially started by Mitch Schultz with his film DMT: The Spirit Molecule. It goes on to spend twelve minutes mating MTV with La Madre Ayahuasca and the DSLR revolution. A filter-heavy short in love with trippy tilt-shifts, burned-out jungle landscapes, and grainy hand-held village shots, “Eye of the Needle” is more downtown than upriver.

The film does its best to make up for its short runtime with regular explanatory subtitles, replacing (or sometimes in addition to) narration, which somehow succeed in keeping LeMunyan relatively transparent while packing information into the film to psychedelically intense degrees. But they also make it hard to sink into the intense and exotic spaces he captures – nothing is given its due, especially during the appropriately rapid-fire, luminous, and disorienting climactic medicine journey sequence. Don’t take the ayahuasca experience lightly; the “real thing” isn’t a 2 minute walk in the park.

Next to other ayahuasca-mentaries like Vine of the Soul, Aya: Awakenings, Stepping Into The Fire and even the fictional Blueberry (released in the US as Renegade), this thirteen-minute blip of a trip feels more like ayahuasca’s freebased cousin DMT with Travel Channel seasoning. But for the Youtube generation, trying to watch three things at once is normal – and this film still contributes to the work of sharing this important medicine and its traditions with the world.