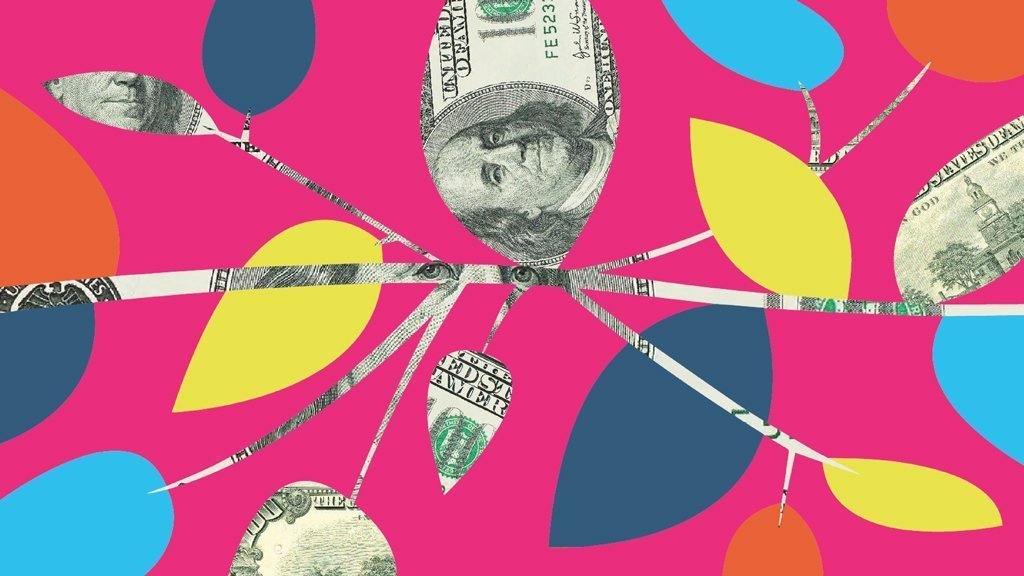 On February 21, 2006, the Supreme Court of the United States unanimously affirmed three lower court decisions granting a judicial exemption from the Controlled Substances Act for the religious use of an otherwise controlled substance: the sacramental use of hoasca (ayahuasca) by members of the União do Vegetal (UDV) religion in the United States. The New Mexico District Court judge who initially ordered the accommodation, required the UDV to negotiate an agreement with the Drug Enforcement Administration (DEA) and Department of Justice, whereby legitimate religious uses of the sacramental psychoactive tea could be licensed by drug control authorities. The process and the agreement finally reached between the church and the DEA, was unprecedented.

Under U.S. Congressional authority, the DEA provides licenses for the manufacture and distribution of controlled substances for research and medical purposes. Prior to the 2006 decision, these scientific and medical uses were the only contexts in which substances of this type were considered licit. The accommodation granted to the UDV opened a whole new context for the “legitimate” use of controlled psychoactive compounds in the U.S.—religious use. Today, the DEA has a form where religious groups can apply to be licensed just as pharmacies and scientific researchers commonly do. The significance of this accommodation deserves to be recognized.

It is appropriate for the religious use of certain plants to recognized as legitimate, as these uses go back centuries before the creation of modern nation-states. Even the 1971 International Convention on Psychotropic Substances, which defines systems for global drug control, recognizes the use of certain plants (or preparations made from plants) by “small, clearly defined groups in magical and religious rights” as requiring cultural sensitivity and “tolerance” by the world’s governments.

Today, cultural and religious accommodations for certain uses of ayahuasca exist (under certain delineated conditions) in the United States, Brazil, Peru, Colombia, the Netherlands, and Switzerland. At the recent 2014 World Ayahuasca Conference in Ibiza, Spain, participants from over 60 countries who had used ayahuasca within a variety of contexts (including religious, shamanic, personal growth, therapeutic, and as treatment for alcoholism and problematic drug use) discussed strategies for gaining further acceptance and decriminalization by international drug control authorities.

The politics and legality of the use of ayahuasca are complex, as each country who is a signatory to the international conventions (which define the systems for international drug control) is free to mandate controls more stringent than those required under the treaties if determined to be in their national interest.

When the UDV first brought its case forward, the U.S. government attempted to justify its position of prohibition by declaring that the substance was illicit under the terms of the 1971 Convention on Psychotropic Substances because it contained dimethyltryptamine (DMT). The UDV’s argument ultimately succeeded, maintaining that U.S. laws guaranteeing the “free exercise of religion” trumped those prohibitions, particularly where a substance has been used with documented safety, in “clearly defined” contexts, and in “religious rites” for decades. This was the case for the UDV’s sacramental use of hoasca in Brazil where, within its 163 church communities, over 650,000 monitored religious uses occur each year.

While continuing accommodations for religious uses of ayahuasca have been made in Brazil and the United States (as well as cultural recognition for ayahuasca as a cultural treasure in Peru), many other countries around the world have been taking increasingly restrictive approaches. This has been particularly evident in Europe where centuries of perceived corruption and abuses of power by organized religions have led to very different sociological and political responses to religious movements than in the United States and Brazil, where such activities are not only constitutionally supported, but encouraged.

The present system of international drug control grew out of the recognized need for forums to discuss issues of international concern following World War II. Today the system is implemented and administered through bodies receiving their authority from the United Nations, including the World Health Organization (WHO), the Commission on Narcotic Drugs (CND) and the International Narcotics Control Board (INCB). Three treaties, signed by over 180 nations, define these protocols and systems for international drug control. The INCB is charged with monitoring and oversight of the implementation of these treaties.

The official commentary to the 1971 Convention states:

This suggests, (as further reflected in section of the treaty previously cited, speaking of the “continued tolerance” for the uses of psychoactive plants in “magical and religious rites”) that at the time of its inception, the convention di not intend to treat the religious use of ayahuasca as a prohibited or illicit activity compelling international prohibition and control. However, growing international interest in the use of ayahuasca (as reflected by the interest shown at the 2014 Ibiza conference) has generated new concerns related to ayahuasca’s uses outside of the Amazon region where it originated. A parallel issue that has arisen is what has been called “ayahuasca tourism,” with people travelling from around the world to the Amazon seeking experiences with the tea.

Some well-publicized events involving deaths, not directly related to the plants themselves (which have been proven over centuries of use to be non-toxic) but most likely due to a lack of care and responsibility related to the context within which they were used, have been used as justifications for this recent movements towards increasing intolerance and prohibition; a strategy that in no way has abated the interest in the use of ayahuasca, only making the contexts in which it is offered more clandestine, and by direct implication, therefore more risky.

In its 2010 report the INCB commented:

[I]ncreasingly, such plants are often used outside of their original socio-economic context to exploit substance abusers and are no longer limited to the regions where the plants grow, or to the communities that have traditionally used the plants…As a result, increased trade, use and abuse of such plant materials have been noted in many countries.

These claims, although not backed by any supporting empirical evidence, led the INCB to recommend in its report for the first time “that governments should consider controlling such plant material at the national level where necessary.”

The model developed in the United States by the UDV church in cooperation with the DEA offers a reasonable and productive alternative to the reactionary approach of prohibition and criminalization. Through regulation, governments can license uses, establishing safety protocols in cooperation with established entities, identify medical conditions where the use of the tea might be contraindicated, and establish restrictions on combining its use with other plants known to be potentially toxic, such as tobacco and datura. A legal licensing system could also distinguish between uses involving more dangerous or untested chemical substitutes for ayahuasca, and the plants that have been used safely for centuries.

Coming out of the conference in Ibiza, I reflected upon what I perceive to be corrupting influences in ayahuasca use since it was recently discovered by these new groups of wisdom seekers and people seeking cures for what are considered to be incurable illnesses. All of these potential problems could significantly mitigated, if not eliminated, through licensing and regulation.
The first challenge is commercialization. The perceived “market” for ayahuasca has led to exploitation of the tea commercially to people who do not necessarily have long-established cultural practices utilizing the brew—an anathema to the churches and indigenous communities that consider it to be sacred. The second challenge is inexperienced ritual leaders inventing uses for the tea, which I have seen result in different forms exploitation for personal profit or the acquisition of power over others.

The tea’s catalytic healing properties have also opened the door to a third challenge, that of the tea being marketed to and utilized by improperly or inadequately trained individuals, and offered to people diagnosed with incurable illnesses.

An advantage of the church model—which could perhaps be applied to other contexts as well—are the procedures established for training ritual leaders, ceremonial supervision, and institutional accountability. These safeguards are often absent when someone ventures into the jungle, or engages with someone distributing the tea outside of system where their work is supervised and corrected (if needed) by responsible authorities.

This article is offered as one person’s viewpoint, albeit a person with a unique vantage point to observe and comment from. I accompanied every detail and watched every instant of the UDV’s struggle to gain acceptance for it’s religious practice from the drug control authorities in the United States, including the sacrament’s seizure in 1999, the resultant filing of the UDV’s the legal action against the Drug Enforcement Administration and U.S. Department of Justice for having done so, and preparing for each court hearing throughout the process where the UDV’s claims and the U.S. Government’s responses to them were evaluated. I also participated in every stage of the negotiations with the DEA that resulted in the licensed authorized use of the hoasca tea in rituals of the UDV in the United States.

My conclusion is that communities interested in using ayahuasca for spiritual and religious purposes must be willing to accept certain reporting requirements and governmental licensing controls as the only real alternative to prohibition. There needs to be recognition that there are proven models which offer some assurances of safety, and other less established approaches that are potentially much less safe. The UDV, for example, recognizes that it commonly takes 10 years of training and practice to acquire the knowledge and experience to lead the religious works. This is not at all dissimilar to medical or ecumenical training.

At the World Ayahuasca Conference in Ibiza, a declaration was signed by a group of scholars, ceremonial leaders, legal advisors, and researchers in attendance calling for “an end to the legal prosecution of these practices and instead for governments to collaborate with representatives of the communities of people who drink ayahuasca, facilitating efficient self-regulation models, health promotion and harm reduction, and public educational initiatives” (aya2014.com/en/aya2014-declaration/).

The achieved successes in the acceptance of the use of ayahuasca around the world may signal the beginning of a new era of increased tolerance for the use of plants as allies in human spiritual development and evolution. For many responsible users around the world, the sacred tea of the Amazon is offering meaningful guidance and ancient wisdom to help us resolve difficult personal and collective social problems. In a world of so much suffering, it can be seen as a light which can offer real peace and meaningful hope.

With gratitude to Bia Labate for her skilled editorial assistance.

For further information please consult: “The Extraordinary Case of The United States vs The União do Vegetal Church”

Hoasca The Sacrament of The União do Vegetal: Science, Society and Environment, 2013. Ed. Joaze Bernadino-Costa.
Prohibition, Religious Freedom and Human Rights: Regulating Traditional Drug Use, 2014. Ed. Beatriz Labate and Clancy Cavnar. Springer.
Jeffrey Bronfman is an educator, philanthropist, and environmentalist first introduced to ayahuasca (and the União do Vegetal religion) when visiting the Amazon to establish a conservation preserve in 1990. He embraced the UDV as a spiritual practice in 1992, and in 1994 he became the religion’s first Mestre (teacher-guide) living outside of Brazil. From 1999 through its final conclusion in 2010 he served as the lead plaintiff in the UDV’s legal action against the government of the United States, securing the legal acceptance of the UDV’s religious practice in this country. He was a featured presenter at the 2014 World Ayahuasca Conference in Ibiza, Spain. He can be reached at [email protected].