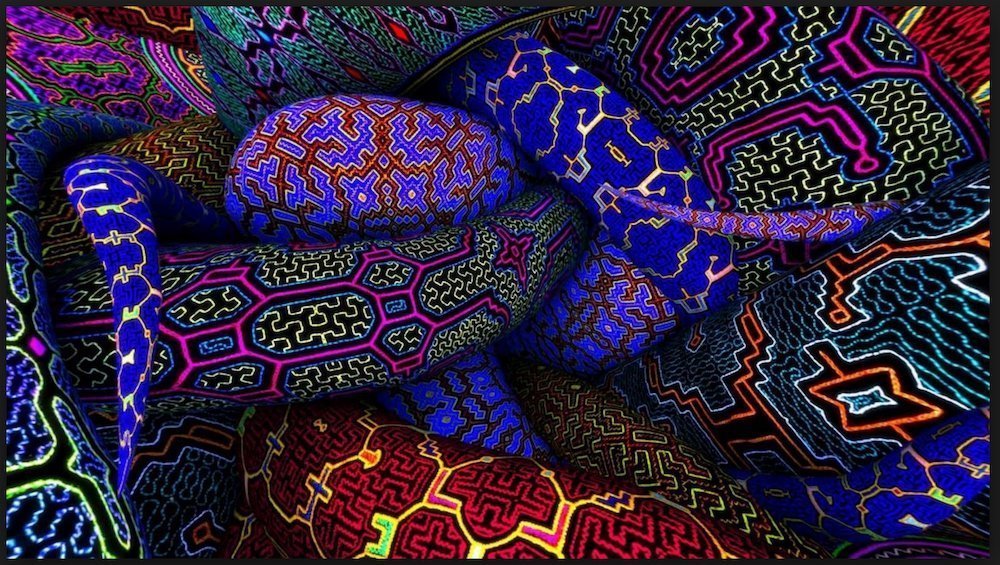 Coming from someone who has personally experienced powerful psychedelics such as DMT, Psilocybin Mushrooms, LSD and San Pedro Cactus, I can truly say I believe the plant medicine, Ayahuasca, to be the most powerful, all knowing connection to self available to man. It’s not an easy ride though, you can face dark times and be challenged both physically and mentally throughout the ceremony before being shown the beauty and light in your life and the world that surrounds you.

In order to achieve the strongest connection and benefits the plant has to offer, you must be open and willing to receive. This is a tricky one, even for users that have experienced the plant on numerous occasions. Saying “I am open, I am ready” is not enough. You must be in full acceptance of whatever the medicine is ready to bring forward to you.

Regardless of the geographical location the ceremony is being held in, the space is nearly identical in regards to energy and formality. So whether you are in the Andes Mountains at a retreat or a shaman has brought the plant to a North American ceremony, the setting of the space will likely be the same. You are told to bring your own sleeping mat, pillow and bucket to purge in. This will be your space throughout your time working with the plant medicine. Icaros, which are sacred mantras to the Shipibo people are chanted by the shamans throughout the night. Aside from the Shamans chanting and occasional check-ins from facilitators assisting the shaman, the space is to be respected and silent.

When Does It Begin?

The ceremony will begin after the shaman has spoke his words and has informed any newcomers of the guidelines (no talking, respect the space, come up for more if you don’t feel the effects after 3 or 4 chants, his work with the medicine), this usually takes place shortly after sunset. The shaman may hold a guided meditation after the group has settled or may move right into pouring a cup of the brew for each participant. One by one, each individual will leave their mat to greet the shaman at the front of the room where they will be offered 1 4 oz. cup of the Ayahuasca blend. To most, the taste is nearly unbearable with its bitter and earthy profile, luckily it is only a small dose to get down.

When Do The Effects Kick In?

Upon returning to your mat after drinking your dose, it is best to sit up straight and bring your focus within. Let go of any outside distractions, and believe me there are many of them that will keep you from going deep. Connect to your breath and focus on your intention. The effects of Ayahuasca vary greatly, some may feel effects within 20 minutes, others may take up to 2 hours while some may not even feel the effects at all. The shaman recommends that if you aren’t feeling the effects by the third or fourth chant, that you come up and have yourself another dose. It is common to feel a block with the medicine on your first dose, so many find the second dose allows them to go deeper into the medicine.

In my 18 ceremonies working with the plant spirit, I have had very different experiences. Some are of pure love and light where you feel ultimate connection to life, the planet, yourself, family, friends and so on. Where as other nights can be very difficult. The plant brew contains Chacruna leaves, Ayahuasca vines and DMT which can create psychedelic visions during your trip. These visions are best seen with your eyes closed and have the ability to unlock certain emotional, physical or spiritual blocks. One of the tools used in assisting you to connect on a deeper level is the Icaros, which is sung or chanted by the shamans. The icaros have the ability to take you from feeling a disconnect with the medicine to a full blown visual or lesson.

One Of My Lightest Ceremony Experiences

Not all ceremonies are dark and require deep amounts of work and emotion. I have had just as many beautiful nights filled with light and PURE love as I’ve had challenging nights. One ceremony I lay on my mat, arms beside me, gaze facing the ceiling, The grin on my face could not be removed by even the darkest of evil. The mother spirit of the plant was showing me the beauty in my life. Relationships I had faced challenges with were coming to light and I was able to see these people for who they truly were. All of the stories, the hurt and the past events, they were all lifted away and I felt more connected to these people in that moment than I can even put into words. I understood everything I had ever judged, from the world being a dirty place that was spiralling out of control, to friends and family I had passed unfair judgement upon in the past.

How Long Does It Last?

The effects last anywhere from 2-6 hours depending on the level of your dose or the potency of the medicine being used. Ceremony which is guided by the shaman will usually last for 4-7 hours, again depending on the energy of the room and the blend of the brew. Once the effects wear off, you are usually able to fall asleep within an hour. Challenging or beautiful, the night takes a lot of energy and you will be eager to get some rest. You may wake up feeling tired the next day but I have found that more often than not, I feel energized and ready to take on the world.

Who Should Do Ayahuasca?

This medicine is not for everyone, It is a very intense experience that will have an impact on the way you live your life. If you are feeling called to the medicine, it is for a greater purpose so trust in that. If you feel that fear may be holding you back from an experience such as Ayahuasca, then be sure to analyze where and why that fear may be presenting itself to you. Common fears with this experience are often with the purging aspect, which I had feared prior to my ceremonies and quickly let go of after. Many feel that letting go of the physical world could result in death, only a couple participants have ever passed away while using the medicine and they were due to their own health issues going into ceremony. Do your research, watch documentaries and feel for yourself if this is the right experience for you.