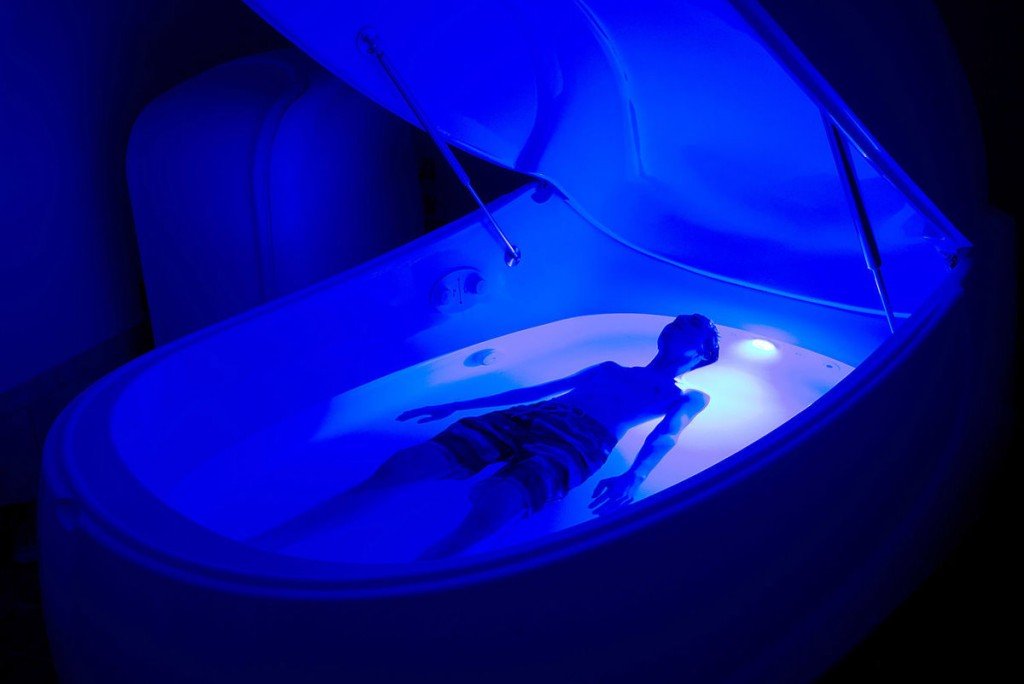 Sensory Deprivation Tanks otherwise known as Isolation Tanks or Float Tanks are becoming a popular method of reaching altered states of consciousness and meditative states without any drugs. Despite the somewhat intimidating sounding name, Float Tanks are actually nothing to be afraid of; merely a sound & light proof chamber where the inhabitant lay in body temperature epsom salt water. A culture of tank lovers has been steadily growing all over the globe since John C. Lilly developed the first tank and began conducting experiments with them at the National Institute of Mental Health in 1954. Everyone has different personal experiences and motivations for using a sensory deprivation tank whether it be to experience “hallucinations”, spiritual experience, out of body experience, stress relief, or meditative state. If you happen to be a seeker of what modern science can only hope to explain with the blanket term “hallucination”, but without having to get high, then a sensory deprivation experience is the most probable choice for inducing a reflective and vivid experience. More can be learned about Lilly’s experiences and research with sensory deprivation in his book “The Centre Of The Cyclone”.

Richard Feynman, a renowned physics professor who took part in the Manhattan Project was a frequent user of sensory deprivation chambers for the purpose of inducing hallucinations stating that it would take 15 minutes or more to get any sort of hallucinatory effects. Sometimes to prompt the visions immediately he would smoke marijuana before entering the tank. Feynman also stated that he was unable to prompt hallucinations outside of the sensory deprivation tank despite how many times he tried. In addition, Feynman stated that achieving that state would certainly be possible outside of the tank with practice, but he did not do so.

Carl Sagan was an astronomer, astrophysicist and supporter of marijuana legalization who is responsible for the space television special “Cosmos”. He had a reserved expression of his support for cannabis legalization, but did so very seriously in this excerpt from a publication titled “Marijuana Reconsidered“.

When I’m high I can penetrate into the past, recall childhood memories, friends, relatives, playthings, streets, smells, sounds, and tastes from a vanished era. I can reconstruct the actual occurrences in childhood events only half understood at the time. Many but not all my cannabis trips have somewhere in them a symbolism significant to me which I won’t attempt to describe here, a kind of mandala embossed on the high. Free-associating to this mandala, both visually and as plays on words, has produced a very rich array of insights. – Carl Sagan

Being able to gain a new perspective on past experiences is extremely valuable in each initiates evolution as a human and spiritual being. Sagan mentions in the publication that he irregularly used cannabis so even initiates who limit use of marijuana to a float tank experience could benefit from a cannabis experience.