What Does Marijuana Do to Your Lungs? 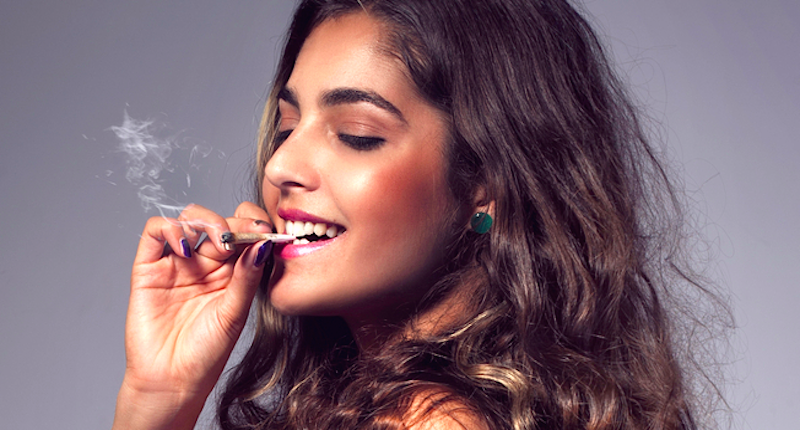 It’s sometimes said that the most dangerous thing about marijuana is getting caught with it. And as an ever-increasing number of Americans comes around to the benefits of (at least) decriminalizing the drug, that sentiment rings truer and truer.

Decriminalization would likely have robust effects on the criminal justice system, state economies, and business owners, among other things. But for a drug so heavily associated with the practical details of ingestion––namely, smoking––health concerns linger in the air.

As a number of media outlets noted this week, however, there is a surprising body of evidence about smoking pot that could be worth revisiting: marijuana has been found, in decades of pulmonary research, to be much safer to smoke than tobacco, and even has been linked to decreasing the risk of developing lung cancer.

Counter-intuitive? Perhaps. According to Dr. Donald Tashkin, professor emeritus of medicine at UCLA, who has studied the drug and its effects on lungs for over 30 years, the smoke content of pot is similar to that of tobacco, even when it comes to high concentrations of carcinogens in tar by-products. But despite that, he told LA Weekly, in an article published on Monday that logical health concerns could be misplaced. “Through my studies, we failed to find any positive association,” he said, saying that instead, “the association would be negative, between lung cancer and the use of marijuana. The likelihood is, that despite the fact that marijuana smoke contains carcinogens, we don’t see the same heightened risks of cancers that we see in tobacco.”

In fact, Tashkin said that marijuana’s anti-inflammatory and suppressant qualities significantly cut down the chances of developing a chronic obstructive pulmonary disease, which is the third leading cause of death in America, according to the American Lung Association. According to a 2013 study by Tashkin, “the accumulated weight of evidence implies far lower risks for pulmonary complications of even regular heavy use of marijuana compared with the grave pulmonary consequences of tobacco.”

Other studies show similar conclusions. A 2014 study, published in the International Journal of Cancer, found that long-term marijuana smokers were at no greater risk of developing lung cancer than occasional users, or even people who don’t smoke. “Results from our pooled analyses provide little evidence for an increased risk of lung cancer among habitual of long-term cannabis smokers,” researchers wrote in the study.

In a follow-up to the LA Weekly story, SF Gate noted a study showing linkages between cannabinoids and its deleterious effects on cancerous tumours in rats and mice.

Renewed interest in marijuana’s health side-effects on users who smoke it comes as lawmakers seem more insistent than ever to allow states to experiment with their own laws governing the drug. Earlier this month, House legislators voted on a number of pro-marijuana laws as part of the new Department of Justice budget, including provisions to cut federal money that would otherwise go towards federal agency raids on states with legal laws on the books. The federal government still classifies marijuana as a Schedule 1 drug, with no beneficial medical purpose.

Along with baring DOJ from going after states with medical marijuana laws, lawmakers approved measures to protect states’ use of CBD oils for medical purposes, as well as a proposal shielding state industrial hemp laws.

“Now that the House has gone on record with strong bipartisan votes for two years in a row to oppose using federal funds to interfere with state medical marijuana laws, it’s time for Congress to take up comprehensive legislation to actually change federal law,” Tom Angell, chairman of the Marijuana Majority told ATTN:. “That’s what a growing majority of Americans want, and these votes show that lawmakers are on board as well cz-lekarna.com.”