What Happened When They Treated Autistic Children With Medical Cannabis 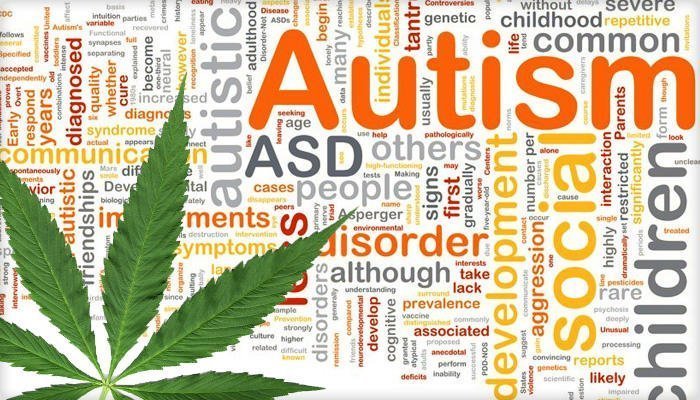 [vc_row][vc_column][vc_column_text]For some bizarre reason, there is not a state in the US that recognizes Autism as a qualifying condition to use cannabis medically, except in the case of California where doctors can prescribe cannabis to anyone they feel will benefit medicinally.

That’s not to say that activists in some states aren’t fighting and working hard to add Autism to the list, but with the endless stream of anecdotal and peer-reviewed evidence that proves that Autistic people function better using cannabis, it isn’t something we should have to fight for. It’s something we should be embracing right away.

In the Spring of 2014 we started working with our son’s new friend friend Noah to treat his Autism and Dravet Syndrome with higher THC cannabis and nutrition. Noah was on several AEDs and supplements as well as a 20:1 CBD oil at the time, and while his seizure control was very good, Noah’s neuronal activity was anything but, he was suffering every day.

Noah did not communicate and was very obsessive, compulsive and hyperactive. He had no comprehension, he defied and attacked those around him, and his coordination and motor skills were very limited. I felt that the CBD was too high in ratio for Noah and after doing a bit of research, I began to feel intuitively that children with Autism may often benefit more from the higher THC ratios as the THC redirects the neurons in a way that is more manageable for Autistic persons.

We started Noah the next day on a higher THC ratio medicine in addition to an inactivated (THC-a) oil….and the helmet came off. Noah’s new life started that day. He could smile, sit still, calm down, communicate, cry, hug, listen…..he could be a little boy. Noah is 4.5 years old and has come from being developmentally less than 18 months old to about 30 months old in less than 6 months. He has been having milestones every week or two, catching up cognitively where he was prevented from growing and learning before.

We slowly added in more CBD from high CBD strains into Noah’s mixed strain oils until we learned that Noah benefited most from a 1:3 CBD:THC ratio from mixed strains and a 2:1 Cannatonic phenotype made into oil, but the higher THC ratio was important at night as Noah was able to stop taking his 7mg dose of Melatonin and sleep through the night without seizure activity. During the day Noah seems more focused and better able to learn with the 2:1 Cannatonic. We acknowledge though that his brain and his body will change throughout the years to come and he may need different ratios and medicines.

Noah and his mom Lisa have become good friends of ours over the months and we have grown together and branched out to help dozens of other Autistic and Epileptic families, as well as families of children with cancer and other serious conditions and diseases. But to our surprise, it was what we learned about our own 4 year old son Emery through our work with other Epileptic children that would change our lives forever.

Emery has had an Autism diagnosis since Spring of 2014. We knew then that we would work as hard as possible and do whatever it took to make sure that Emery’s Autism, or features of his impairment, would qualify him for two doctor’s recommendations so that he could use cannabis legally under our supervision. We knew then that it would change everything for him.

We had felt since Emery was a baby that he was on the Autism spectrum, and we learned later on that his teaching himself to read and putting together 100 and 300 piece puzzles from memory by age two correlated to Hyperlexia, but it wasn’t until around the time of his Autism diagnosis that he started to express “Rage.”

Emery is a big kid, in the 97th percentile for height, and he’s as strong as a bull. So when we started receiving punches, kicks, and headbutts for simply trying to put him in his carseat, or for trying to comfort him….it was very hard on the heart, on the soul.

And when Emery’s 2 year old sister would try to comfort him, and be projected across the room or thrown down on the ground and jumped on, it defeated our souls on some days. Emery was going to have to be separated from his sister on a permanent basis.

We were already looking for land up north where we could just live and farm on, with more room for separate houses or trailers. We didn’t feel like Emery was digressing mentally, but we had to face the facts that whatever was happening to him, our little genius was going through the same stages that we saw many other kids with his diagnosis go through before things like self injury behavior and bolting became an issue.

When Emery was 2 months old I witnessed a seizure from a reaction to his first dTap shot. We were only picking and choosing vaccines, and it was only going to be PC and dTap. We had only done a limited amount of research and were comfortable with those vaccines.

That was the only time I was ever sure Emery had actually had a seizure, although through the years we became concerned about the way he would “wake himself” at night and seem stiff for up to a minute or more or roll his eyes back a little. Sometimes he would wake up screaming and start and stop for seemingly no reason. But these types of movements and actions aren’t what people typically think of as seizure activity.

It wasn’t until Lisa and some of the other parents we worked with noticed how often Emery would fall for no reason or would seem to space out and walk into something. We realized from talking to other parents that this wasn’t a feature of his Autism, and why would it be?

We started paying more attention to what we thought could be seizure activity, and sure enough, the convulsions actually started to evolve around that time into something we could recognize more easily. He was definitely having seizures, not bad dreams, and we had simply never known.

We immediately scheduled Emery an appointment with a neurologist, one that unfortunately wasted Emery’s precious time for over four months before we found a great neurologist that we could trust to help him. While Emery’s Epilepsy is not yet diagnosed, his seizure diagnosis was enough for him to get the doctor’s recommendations he needed to get his card to start using cannabis!

Emery’s Autism Impairment has been almost completely reversed on cannabis oil. He’s a happy productive member of our family and he will never have to be separated from us.

If it seems like a bold statement, then you’ll understand why it’s been so important for us to raise awareness with short videos like the one seen above until we can raise enough funds to finish shooting our full length film.