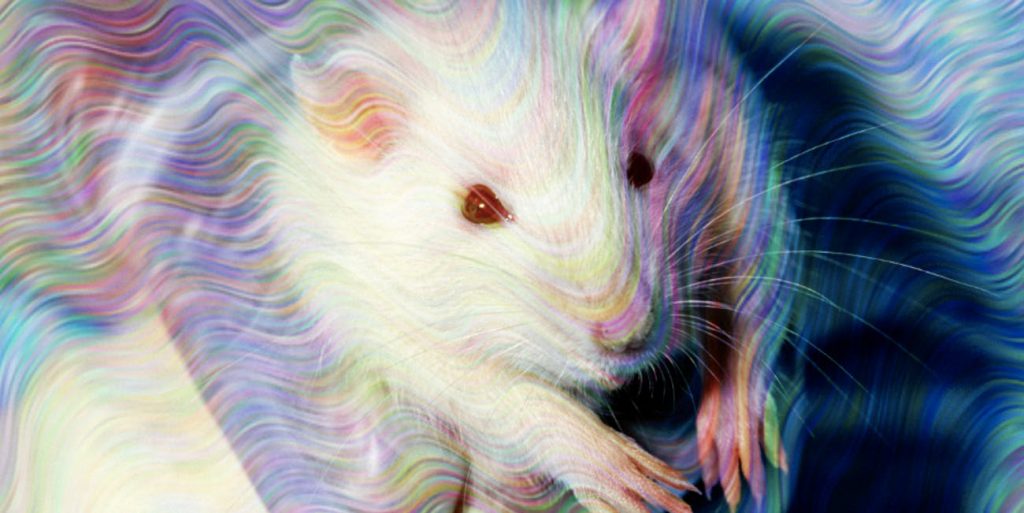 DMT Found to Cause Birth Defects in Rats

Almost everyone has heard the old urban legend that LSD causes chromosome damage. While that story was largely put to rest in the 1970s (Erowid 2002), new evidence links another visionary drug, N,N-dimethyltryptamine (DMT), and its close relative N-methyltryptamine (NMT) to birth defects when consumed during pregnancy.

In the past decade, some researchers have been exploring the possibility that Mimosa tenuiflora as a ruminant forage plant is responsible for an increased rate of birth defects in livestock from northeastern Brazil. As many readers will know, M. tenuiflora (syn. M. hostilis) is a common source of DMT. In April, a study exploring this question found that both DMT and NMT increase the incidence of birth defects in a pregnant rat model (Gardner 2014).

The researchers fed pregnant rats with food pellets containing some M. tenuiflora leaf, seed, alkaloid extract of the leaf or seed, or purified DMT or NMT, then examined them for abnormalities at 21 days gestation. The dosage was not extreme: the greatest concentrations were in the leaf enhanced feed, which contained around 150 μg/g apiece of DMT and NMT, while the feeds enhanced with either pure DMT or NMT contained around 60 μg/g.

There is one very curious feature about this study: the rats were not fed any monoamine oxidase inhibitors (MAOIs) during the course of the study. Under ordinary circumstances, orally-administered DMT is rapidly metabolized by monoamine oxidase (MAO) enzymes before it can enter the bloodstream. Since no MAOIs were administered and the doses do not appear sufficient to saturate the MAO enzyme, it is most likely that any effects occurred not as a direct result of DMT or NMT, but as a result of their metabolites. The primary metabolite of both DMT and NMT is indole-3-acetic acid, and has been noted as “ mutagenic for mammalian somatic cells” (Bioworld 2008).

It is also unclear why teratogenic effects would only have been noticed in rats and Brazilian cattle. They are far from the only animals that eat tryptamine-rich forage. Both sheep and cattle sometimes graze on Phalaris grass, and while they occasionally suffer phalaris staggers, no correlation between Phalaris and birth defects has been noted. And giraffes eat large quantities of tryptamine-rich Acacia foliage, apparently without issue.

What this means for humans is unclear. While the study didn’t use outlandish quantities of DMT, the dosage schedule was still very different than in a DMT-using human. For the rats, DMT was consumed throughout the day as part of every meal. In humans, DMT is not typically used on a daily basis, much less on a perpetual basis. It is difficult to draw any equivalencies between sporadic use in humans and chronic low-level use in rats. Still, it raises some concerns for any women who consume DMT while pregnant.

And women do consume DMT while pregnant. In the Santo Daime church, it is not uncommon for pregnant women to drink the DMT-containing potion commonly known as ayahuasca. While this practice is not without controversy, neither is it clearly associated with any adverse outcomes (Labate 2011). Among indigenous South American groups, there appear to be no universal taboos against drinking ayahuasca while pregnant; as with so many traditions surrounding the potion, it varies dramatically from one culture to the next (Beyer 2008, Gorman 2007). At any rate, women considering drinking ayahuasca while pregnant, even in a religious or spiritual context, have some new food for thought.