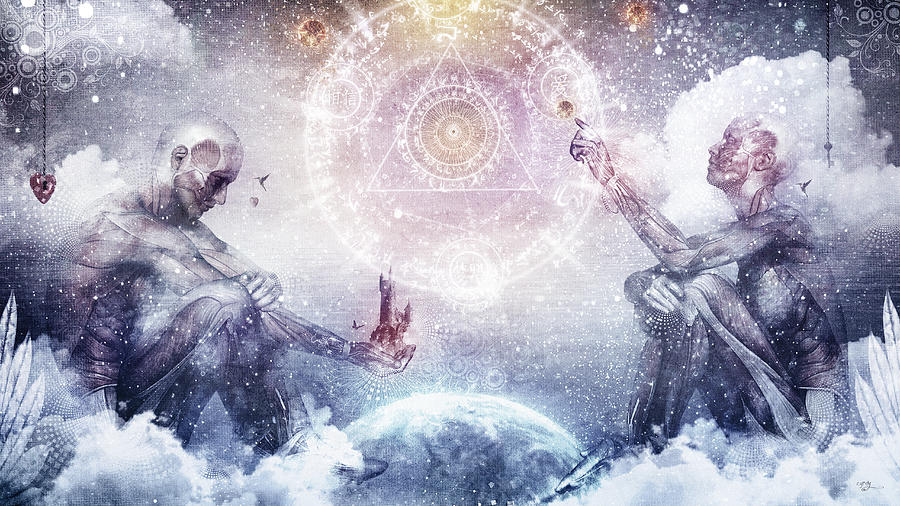 [vc_row][vc_column][vc_column_text]As it turns out, experiences induced by dimethyltryptamine (DMT) may be doing better for the belief in an afterlife than conventional forms of religion have in recent decades. Many of the testimonials from individuals that have traversed the ‘astral planes’ by means of DMT, whether it be through ingestion or pineal secretion during a kundalini awakening or near death experience, describe a sort of spiritual awakening, often returning to ordinary consciousness with new feelings and thoughts on physical life and existence in the universe. For some, this awakening was met with a glimpse of an afterlife and existence beyond its physical form.

“DMT is responsible for providing users with powerful trips in which they often experience the presence of calming beings believed to be from an underlying layer of reality which then expose people to the idea that the information we receive through our physical senses is limited. When people make this deep connection and understanding that there is more to reality than what we can experience through the senses they begin to suspect that there may be more to life than the physical.”

Arguably the most powerful of the DMT experiences would likely be the near-death experience as it comes on suddenly, involuntarily, and without warning. In the moment of a near-death experience, for a reason that remains unexplained, the pineal gland provides the brain with a rush of DMT sending the individual into what feels like an eternity of intense, spiritual fulfilment and tranquillity often associated with experiences described as connecting with the divine or finding peace in the light. Many near-death experience survivors have given reports of returning to coherency with powerful feelings of:

Unconditional love, so much so that the individual is changed by it and feels compelled to share their love with others.

Timelessness, the ability to be fully present and operate in the flow of life rather than abiding by a tight schedule.

Reincarnation, even if the near-death experience survivor had no belief in reincarnation or life after death before, many have changed their belief after their awakening.

Words can’t really describe the magnitude of the all-consuming love experienced when being in the light. And not only love but perfection, peace, serenity, calmness and beauty. I felt that I was safely home. I was over-awed with the experience. – Ken Mullans, NDE Survivor

These powerful, personal, and sacramental moments that dimethyltryptamine can provide an individual have changed lives and have been a source of spiritual guidance throughout human history. Humans have been experimenting with pineal exercise, awakening the nervous system, and opening their inner eye out of curiosity for these mysterious moments of spiritual clarity since before the ancient Egyptians.

What raises the most questions is that if these powerfully visual, audible, and interactive experiences are produced within one’s mind, why do the vast majority of the experiences have underlying similarities? Based on ancient illustrations, traditional practices, and accounts taken over the past century, the many DMT experiences throughout history overall have similar themes and glimpses of a commonly described spirit realm. How could this be possible if these experiences really are the production of an individuals mind? Is it more likely that the substance of DMT is capable of temporarily detaching one’s consciousness from their physical channel and granting them temporary conscious access to an existence beyond our physical realm?

I prayed for years and went to church but have never had anything near a proper religious experience before, but when I smoked DMT it was like someone came along and went ‘here look behind this curtain’, pulled back our received reality, and went ‘that’s reality.’ – 80 year old former Catholic Niall O’hara from London

I have absolutely no fear of death. From my near-death research and my personal experiences, death is, in my judgment, simply a transition into another kind of reality. – Dr. Raymond Moody