Do Entities From Another Universe Inhabit the Brains of Psychedelic DMT Users? 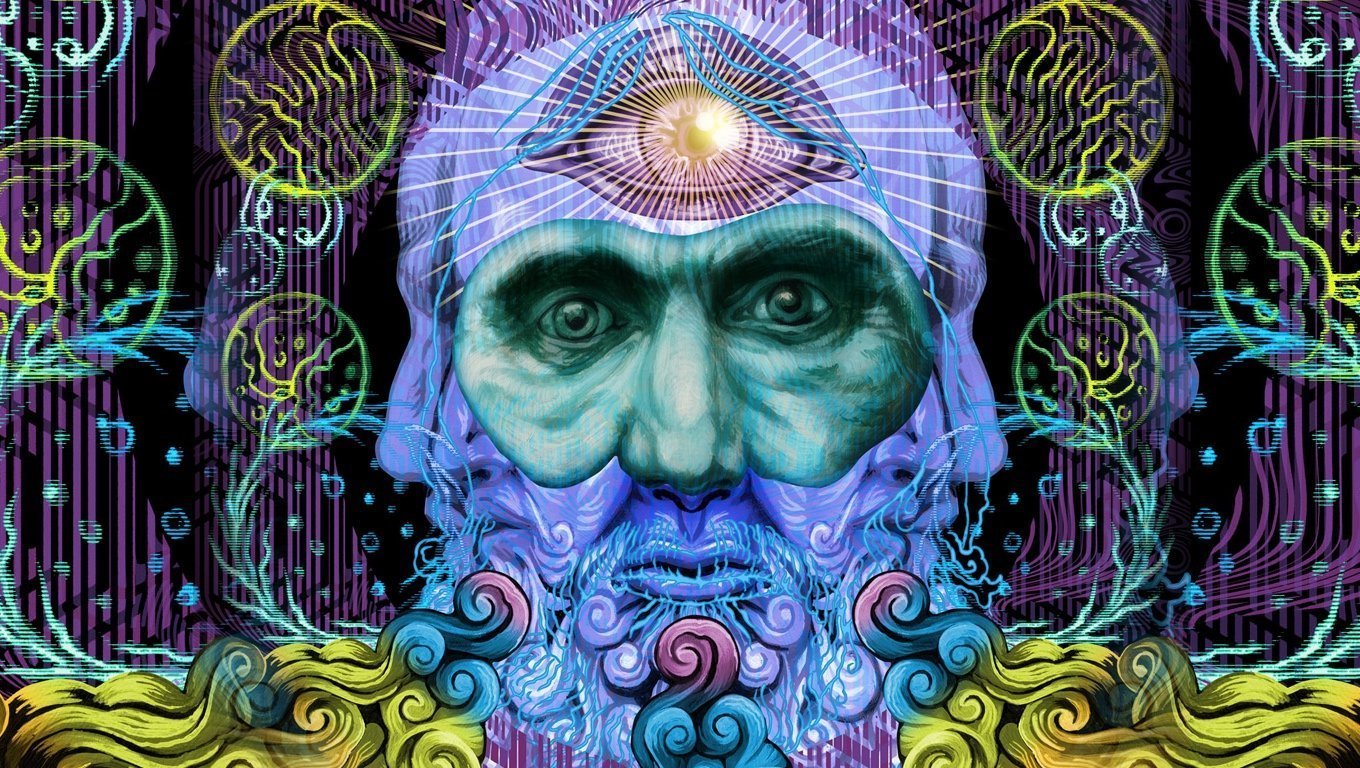 Have you encountered stick men, machine elves or other discarnate entities while tripping brains on DMT? If so, you’re not alone. The use of the powerful, fast-acting psychedelic dimethyltriptamine (DMT) generates reports of such entities on a regular basis.

DMT has been around for a long time, although it’s never been that popular—and encounters with extradimensional critters may be part of the reason why. Back in the 1970s, it was known as “the businessman’s trip” because you could take it at the beginning of the lunch hour and be back to normal it was time to go back to work. When smoked, the psychedelic effects begin almost immediately and fade away with half an hour.

It’s also the active psychoactive ingredient in ayahuasca, the mind-melting tea concocted by Amazonian shamans and venerated by the Uniao Do Vegetal (the Union of the Vegetable), a Brazilian church with some 15,000 adherents.

In an article in Psychology Today, Scott McGreal zeroed in on DMT’s remarkable ability to allow its users to “encounter non-human intelligence, often resembling aliens.” What’s more, McGreal notes, citing the work of pioneering DMT researcher psychiatrist Rick Strassman, “some users come away from these encounters convinced that these entities are somehow real.”

Strassman, who detailed his 1990s research findings in DMT: The Spirit Molecule, explained that under high doses of DMT, experienced volunteer subjects experienced rapid and overwhelming psychedelic effects, losing awareness of their surroundings and their bodies as the effects peaked at around two minutes. After the initial rush, the subjects were able to describe their continuing experience and generally reported visual imagery that could be seen with eyes open or closed; brighter, more intense, and more deeply-saturated colours, and kaleidoscopic geometric patterns.
According to Strassman, “about half” the subjects went even further, entering into what he called “freestanding, independent levels of existence” of a most unusual nature. There, they said they encountered intelligent “beings,” “entities,” “aliens,” or “guides.” They described them as “clowns, reptiles, mantises, bees, spiders, cacti, and stick figures.”

Strassman isn’t the only one to report such findings. Psychedelicist Terence McKenna also ran into those discarnate entities, which he charmingly described as “self-transforming machine elves.”

And that repository of drug experience knowledge, the Vaults of Erowid, has an entire page devoted to Apparent Communication With Discarnate Entities Induced By Dimethyltriptamine (DMT). It makes for some wild reading:

“I quickly entered into the trance state without noticing any great amount of the usual patterned visual hallucination,” wrote one Erowid user. “I seemed to be falling away, spiralling into some large, black void, after which I seemed to be in a bright, open space in the presence of two other beings. Their forms were not very clear, but they seemed to be like children as if we were together in a playground. They appeared to be moving very rapidly….The two beings seemed to be trying to attract my attention, and to communicate something to me, but I could not understand. It was as if they were trying to make me understand where I was. One even seemed to be holding up a sign, like a speech balloon, but, as I recall, the sign was blank. I attended to my breathing, and with this came an increased sense of self-identity, and with this a lessening of contact with the two beings.”

“Smoked 40 mg of DMT wax spread over mint leaves, as usual, sifting up leaning against a pillow,” another reported. “As the trance came on I was overwhelmed with visual imagery that I did not even attempt to make sense of. I struggled to remember who I was…..I turned my attention to the visual component, and what I saw was an incredible amount of stuff coming at me in waves, sort of rolling toward me. There were two beings in the scene, and they were doing the rolling, definitely throwing all this stuff at me — I don’t know why. The scene changed, and there was a more visual hallucination, but I don’t remember the details — all happening very quickly.”

“I was in a large space and saw what seemed to be thousands of the entities,” yet another reported. “They were rapidly passing something to and fro among themselves and were looking intently at me as if to say ‘See what we are doing’ … I noticed what seemed to be an opening into a large space, like looking through a cave opening to a starry sky. As I approached this I saw that resting in the opening was a large creature, with many arms, somewhat like an octopus, and all over the arms were eyes, mostly closed, as if the creature were asleep or slumbering. As I approached it the eyes opened, and it/they became aware of me. It did not seem especially well-disposed towards me, as if it did not wish to be bothered by a mere human, and I had the impression I wasn’t going to get past it, so I did not try.”

“I saw the ‘elves’ as multi-dimensional creatures formed by strands of visible language; they were more creaturely than I had ever seen them before,” another user chimed in. “The elves were dancing in and out of the multidimensional visible language matrix, ‘waving’ their ‘arms’ and ‘limbs/hands/fingers?’ and ‘smiling’ or ‘laughing,’ although I saw no faces as such. The elves were ‘telling’ me (or I was understanding them to say) that I had seen them before, in early childhood. Memories were flooding back of seeing the elves: they looked just like they do now: ever-shifting, folding, multidimensional, multicoloured (what colours!), always laughing weaving/waving, showing me things, showing me the visible language they are created/creatures of, teaching me to speak and read.”

Both Strassman and Erowid reported consistent themes around the discarnate entities. Subjects often reported that the beings seemed to wait for them and would subject them to mind and body probes while communicating through telepathy, gestures, or visual imagery. Sometimes they entities seemed caring and concerned; other times they were emotionally detached, if not downright scary.

What’s most intriguing about these reports is that people actually believe them to be real. They subjectively seem too real to be otherwise. It is difficult indeed to credit reports from users of strange drugs that they’ve opened a window into an alternate world/parallel universe/weird realm. The scientific method requires findings to be based on empirical science—not the fever brains of trippers—but these “machine elves” only manifest themselves in the sensoria of people under the influence of DMT.

Perhaps it is only psychedelic mysticism. That appears to be Strassman’s stance. Like many others entranced by the inner mysteries psychedelics can open up, he believes they can provide insights into the “deeper nature” of reality. That’s not at all unusual among psychonauts, many of whom are convinced that there is a deeper reality behind our mundane existence, that there is an objective spiritual presence in the universe, or that there is life after death.

I don’t know about that. But if you go tripping on DMT and encounter any discarnate entities, say hello to them for me. I’d like to hear what they have to say.