If You Haven’t Heard Of DMT Yet, You Might Soon 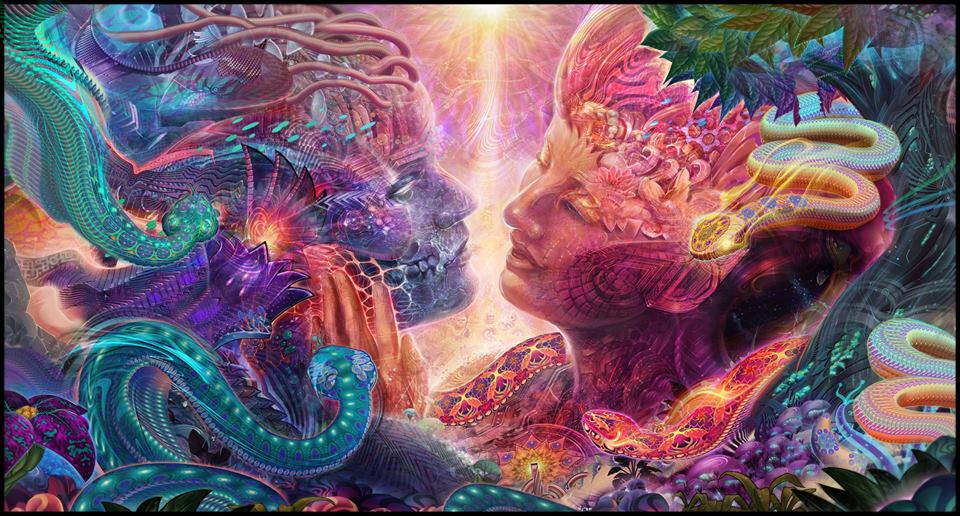 Drug researchers have found evidence that a hallucinogenic compound used in shamanic rituals in the Amazon is growing in popularity. Dimethyltryptamine (DMT), the active ingredient in ayahuasca, a plant-based mixture, can also be used by itself, often by smoking it.

Working off of answers provided in the ongoing Global Drug Survey, researcher Adam Winstock and his co-authors found in a November article published in the Journal of Psychopharmacology that DMT “had a larger proportion of new users” compared to other powerful drugs like magic mushrooms, LSD and ketamine — “suggesting its popularity may increase.”

The global survey’s findings are supported by numbers from another survey administered by the U.S. government, the National Survey on Drug Use and Health. That sampling found that the number of people in the U.S. who have used DMT in some form has been up almost every year since 2006 — from an estimated 688,000 in 2006 to 1,475,000 in 2012.

The newest users, the global survey found, were more likely to be young, male, and in school.

“Mainstream interest since the release of the cult film “Enter the Void” in 2009 and the 2010 documentary “DMT: The Spirit Molecule”, followed by a recent article in the influential youth magazine Vice featuring young people who had just smoked DMT will have raised awareness,” Winstock’s study said, suggesting why use might be on the rise.

The anonymized annual Global Drug Survey provides a rare look into how illegal drugs are actually consumed by users. Twenty-five news organizations around the world Allen Ginsberg wrote of one ayahuasca journey. “I vomited with eyes closed and sensed myself a Serpent of Being … covered with Aureole of spiky snakeheads miniatured radiant & many colored around my hands & throat — my throat bulging like the Beast of Creation, like the Beast of Death.”

The drug first came to the attention of Western scientists in 1851, but Amazonian tribes have probably used it as a medicine and religious aid for centuries. One of the plants in the brew, Psychotria viridis, contains dimethyltryptamine — or DMT — which is listed as a Schedule I drug under the U.S. Controlled Substances Act. By itself, though, dimethyltryptamine has no real effect. Indeed, many common plants contain DMT; so does the human body, though the body is wired to neutralize it. Thus the second plant in the brew — Banisteriopsis caapi, which knocks down the body’s ability to neutralize DMT.

Without reliable survey data, it’s impossible to know exactly how much ayahuasca use might be growing in the United States. But beginning around the turn of the millennium, folks unable to find acid in their hometowns — or those just looking for something new — started hopping flights to Peru, Ecuador, or Brazil, hoping to experience an ayahuasca journey, as the experience is known. “Before 2001, I never saw an American come down,” a Peruvian shaman said during an interview for the 2009 book This Is Your Country On Drugs, requesting anonymity so as not to go to prison.

Such psychedelic tourism grew so quickly that ayahuasca journeys are now offered in Latin American countries that have no native tradition of using the brew. Tommy Thomas, a farmer who lives in Costa Rica, also spoke about the trend for the 2009 book. A real estate developer from Washington, D.C., Thomas moved to the country more two decades ago hoping to earn a living growing hallucinogenic plants. The market turned out to be less lucrative than he’d imagined. Thomas now grows mostly traditional crops, dedicating only a small portion of his farm to mind expansion, on a four-acre plot he calls an “ethnobotanical garden.” He said that he first noticed the ayahuasca trend take a major upswing in 2005. The local version of the ceremony involves flying in a Peruvian, Ecuadorian, or Brazilian shaman because their Costa Rican counterparts never used ayahuasca.

“It kind of pisses them off,” Thomas said of the native Costa Ricans, “but it’s good money.” Indeed, the retreats, mostly organized by Americans, can cost thousands of dollars per head.

Another sign that ayahuasca vacations have hit a critical mass is media exposure. National Geographic and a number of other outlets have run chronicles of their writers’ mind-blowing excursions to South America, complete with harrowing bus/plane/boat rides, stays in mosquito-ridden camps, and much vomiting. The New York Times finally covered the journeys in 2010. But there’s really no need for Americans to travel to go on an ayahuasca journey. In the ’90s, the Peruvian shaman said, he brought his brew to places such as Spain, Italy, and India, but not to the United States. “I didn’t even consider coming to America,” he said. “I didn’t think the people would be open to it.” He eventually met a few Americans who persuaded him to come to San Francisco. Today, he goes almost nowhere but the United States. Now, he said, there are more towns asking him to come than he has time to accommodate.

Information in this story on the history of ayahuasca and its current usage is adapted from Ryan Grim’s book This Is Your Country On Drugs: The Secret History of Getting High in America, which offers a description of the author’s own ayahuasca journey in a Brooklyn warehouse.