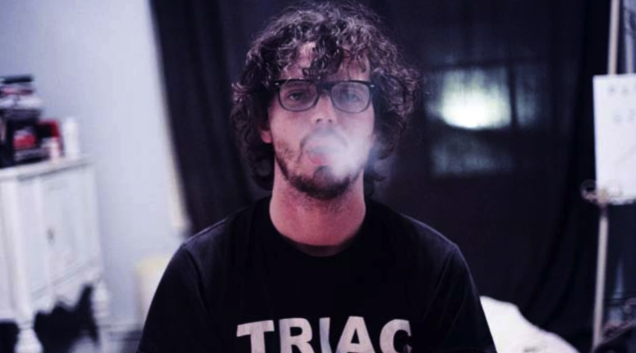 Dimethyltryptamine is so hot right now. Ever since Enter the Void and DMT: The Spirit Molecule showed up on Netflix Instant, kids have been going gaga over this technology from another dimension.

Within a few seconds of inhaling its thick, harsh smoke, one is taken to a place very different from what most contemporary Westerners refer to as reality. While there is a lot of debate regarding where that place exists (or if it exists, or if anything exists for that matter), it can be said with absolute certainty that DMT Town looks very cool. The passenger is immediately overwhelmed with exotic patterns, colours, textures, emotions and other things that we don’t yet have words for. I recently came across some, shared it with my pals, and talked to them about their trips just as they floated back down to Earth. 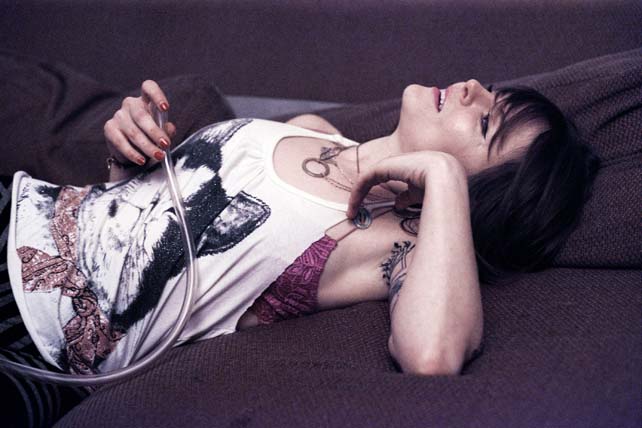 I felt what God was like. It was something that was smaller than anything. It’s not made of anything – it is everything around the thing that it is and everything inside of it at the same time and it kind of moves about in a way that’s not on the grid.

It was like time travelling, but it wasn’t time before or after, it was just adjacent to us. Early on I saw that Earth was having a vibration. That it was like a constant breath, but we can’t see it. You can’t see it from photos. The edge of everything. It got so hot. It was like a wave that was like electricity. It was black and then red and then white, and it was rounded and arched as if it were in orbit somewhere.

Your bodies were, like, singing – everything you were doing was like a song. You were making a symphony. The scratching and the movements were all in a rhythm, and I felt very happy. I was also seeing all this fun, wacky clown stuff. All these crazy geometric patterns. It seemed like they were laughing at me. Then there were these little elf things. I couldn’t see them but they were letting me know that they were there. I felt very happy, like, “Yeah, this is where I’m supposed to be.” 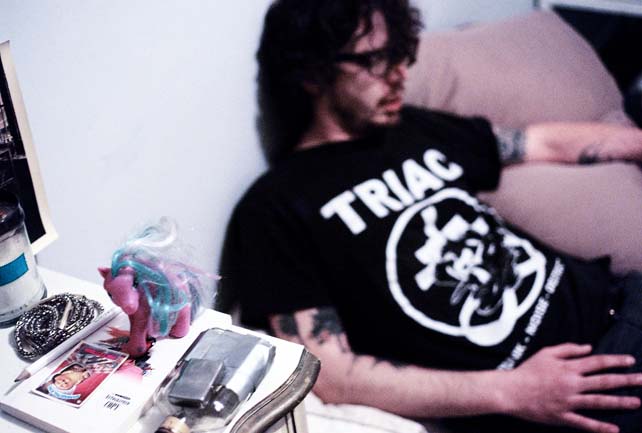 That was the most intense thing ever. The whole room was dancing. To my left all I saw was fantasy. I was going through something very fucking serious. You’re beyond consciousness – but you are consciousness – and you want nothing to tie you down to this physical realm. I went through so many dreams and so many scenarios. It was basically a concentrated dream. I was awake but I couldn’t make the dream stop. 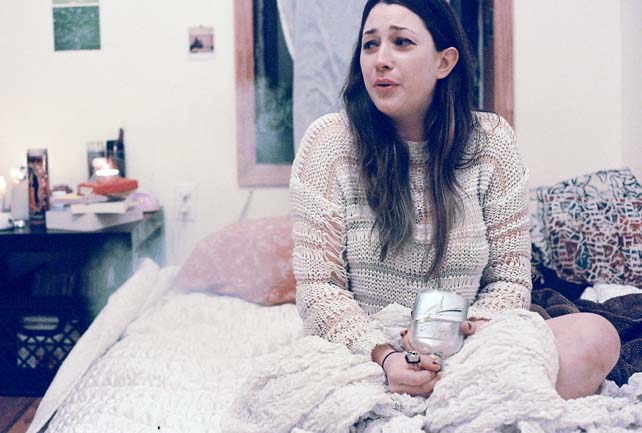 It hit really fast. After the second puff there were like Slinkys everywhere. Colourful Slinkys that were not necessarily attacking me, but coming towards my face. And all the colours that were in the room, that I imagined were in the room, were coming at me as well. It was beautiful.

I felt really physically heavy. I couldn’t even lift up the bottle to smoke or hold the lighter. And time slowed down. It felt like a good 15 minutes, but maybe it was only 30 seconds. The colours were really awesome – lots of greens, lots of neons. I felt like I was watching myself through a wall for part of it. The sound of the camera was really trippy. 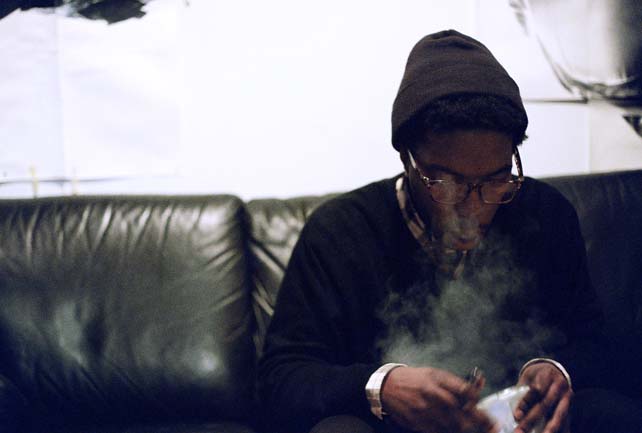 At first it was like straight up kaleidoscopic. And then there were pyramids, and then symbols within the pyramids, and they were melting together, combining. It felt like I was in infinite bosoms. Straight up love and warmth and tits and honey. It was like having the sun shining right here. It wasn’t super hot, just like the warmest glow. 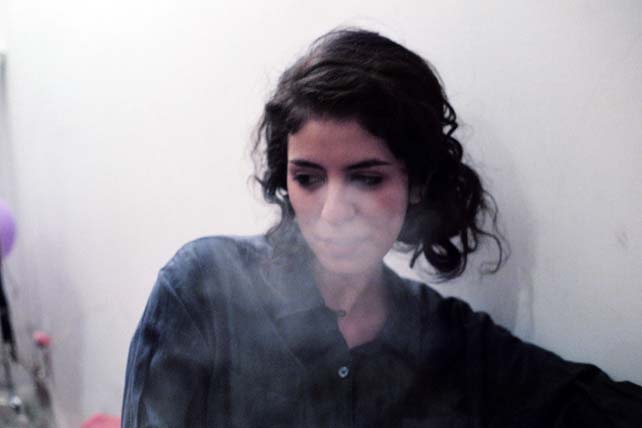 Everything looked like a painting. And her hair was going mental – it was like spaghetti. Every angle was tripled. Everything had angles. Looking around was like paint-by-numbers. It got really weird at some point. I felt like the room was closing in and everything was smaller, and that white space tripped me out. I was like, “Wow, there’s so much white there!” 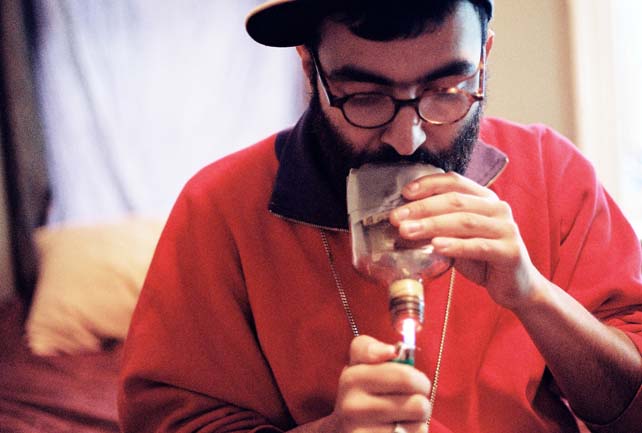 The visual side of things was like doing acid or mushrooms. I felt tingly and I had a body high or whatever. When I lied down and was listening to Iggy Pop, you were taking a picture of me and I still felt self-conscious. I don’t think I lost sight of myself enough to think that wasn’t absurd and funny. So then I sat back up again, and it got hella intense when I sat back up. It was a lot like the more intense moments of acid.

Almost the strangest part is how quickly you come down. With acid it lingers for a day sometimes – the whole next day you feel weird. With this you pretty much feel normal almost immediately afterwards. I still feel kind of strange because I remember the experience of doing the drug. And I’m probably gonna think about it a few times for the rest of the day. It’s like a way less time- and energy-intensive acid trip. 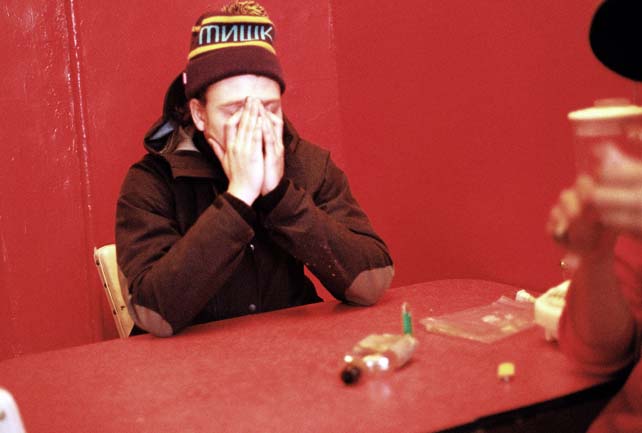 It’s hard to talk about it. I could see patterns within the design patterns that were supposed to be there, and they all moved and looked ill as shit. The curtains looked like doilies. There was like this weird place where I felt like it had its own motion, and then there was a place where everything I was listening to and looking at and thinking about met, and that place was the drug… or something. It’s weird how it comes off, too. It’s just a little less intense and then a little less intense until you’re not high any more. The visuals are so strong. Like everything looked beautiful. For something that extremely mind-bending it’s really easy. 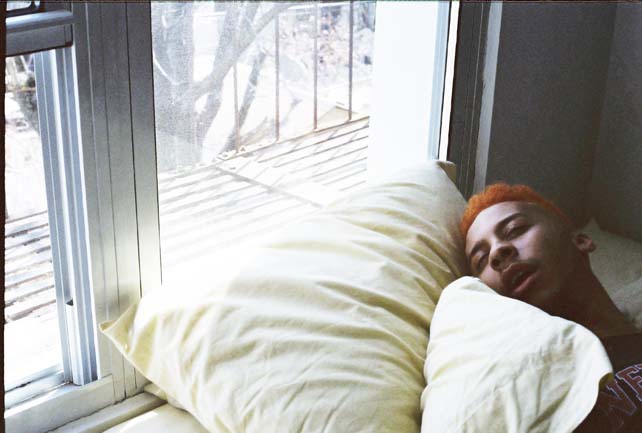 When it first hit I could see the room start to breathe, and then I felt myself going limp. It was what I imagine being in the womb would be like. Everything was safe and warm. It was very fluid and what you imagine the sun would be like. I cried for some reason. I remember thinking there was a message for me there.