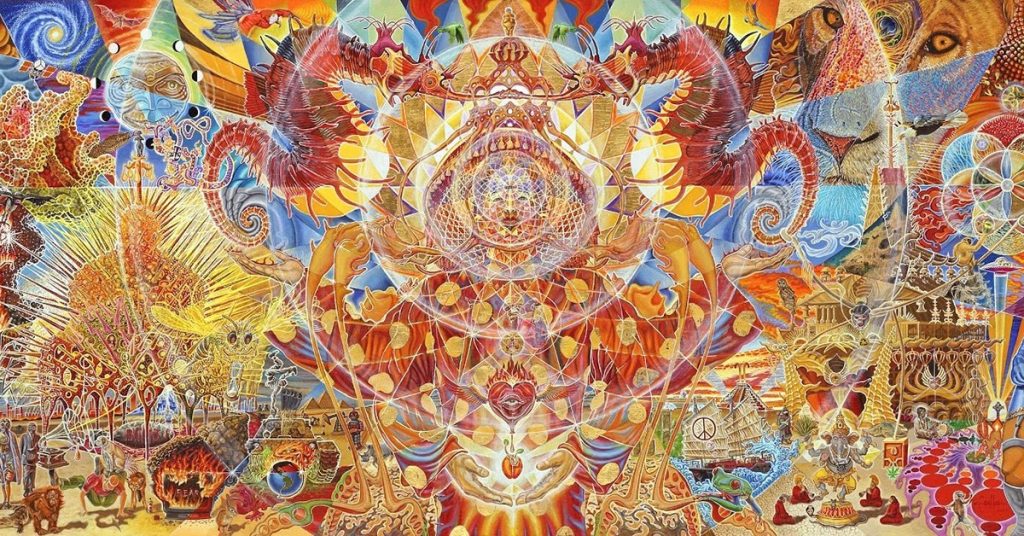 Like Mr. Cranston, DMT has been around forever but has exploded in well-deserved popularity over the past five years.

And like Mr. Cranston’s career, the future of DMT (in terms of scientific research) is as exciting as it is unclear.

I could go on and on.

The point is, everybody is talking about DMT.

DMT isn’t the cool kid: the kid who was fucking sixteen-year-olds when he was fourteen. It’s the geeky kid: the one with the overprotective mother who would lick her thumb and use it to wipe some shit off his face. In public.

Only it’s the future, he’s in his late thirties, and he just sold his tech startup to Facebook for a retarded amount of money.

The late bloomer, if you will.

Two and a half years ago I wrote about my first DMT trip (you should read it if you haven’t yet, I promise it’s really good). It was a good way for me to come to grips with the staggering hallucinogenic experience. But that’s not the reason I wrote it.

I was infatuated with a particular aspect of the trip: the appearance of very vivid and well-defined beings. Beings that appeared to possess objective consciousness. Beings that took me to a realm of incomprehensible magnificence, to put it modestly.

It wasn’t simply the extreme realness of the beings that ignited my curiosity – of course, I saw some crazy shit, that’s what happens when you do hallucinogens – it was that the friends I tripped with saw them too.

I not-so-creatively dubbed them the ‘DMT beings’. I wasn’t yet aware that so many others had encountered similar (and in many cases nearly identical) beings while tripping on DMT, and had already given them more colourful names, like ‘dancing machine elves‘ (Terrence McKenna) or ‘faeries’ (Walter Evans-Wentz), among many other (equally weird) monikers.

I went through the entire trip from start to finish in my article, but only to give the context necessary to describe every detail of the DMT beings. I wanted to find people with some insight into what these beings are. Or what they represent. Why my friends and I each saw them during our DMT trips; and whether such a phenomenon suggests that they, and the realm of existence they inhabit, are as real as you and I.

Thirty months later, I’m no less perplexed by my experience with DMT. I had it in my head that some expert on DMT beings might read the article and reach out to me. That never happened. Although thousands of people have contacted me in response to the article (which blows my mind almost as much as smoking DMT), most were seeking answers from me. Many offered insightful conversation on the subject, but none had any concrete answers.

I realized something. There are no ‘experts on DMT beings’. There’s hardly even any ‘experts on DMT’ – other than Dr. Rick Strassman or Joe Rogan. And the day either of those men call me to talk about DMT is the day it rains a million dicks…

…Or pigs fly. Whatever.

If I wanted the answers, I needed to find them myself.

Which meant I had to – as drastic as this may sound – do some reading.

That was like nine months ago. I started reading everything I could find online until eventually, I had trouble finding the material I hadn’t already read.

I’m not going to brag by listing everything I read when I can just say: I read everything. No, really… fucking everything. Like, there is an end of the internet when it comes to DMT literature, and I found it.

That’s not to say I limited myself to the internet – I read actual books too! Most notably, Dr. Strassman’s The Spirit Molecule – which I have to brag about reading because, seriously, who do you know who’s actually read that entire book. That shit is not an easy read.

Anyway, lo and behold, reading up on the topic so thoroughly resulted in me having a lot to say about it. Funny how that works.

While researching DMT online, one thing that was glaringly apparent was that much of it is written in less-than-elegant prose. That is to say, the typical recreational psychedelic drug user is a less-than-skilled writer. Imagine that.

It was part of the reason I was never too thrilled with the idea of reading through it all, despite my interest in the subject.

Improper writing is still capable of harbouring great ideas, sure; but it inhibits their ability to spread. Ideas don’t have much of a chance to propagate when they’re buried under the muck of bad writing.

Which is why I’ve begun work on a series of articles focusing on DMT. They will lay out in lucid terms the ideas of those curious minds who came before me.

That’s the main motivation for this project. I want to get people talking about DMT again. I mean, DMT is already making a rapid comeback in our culture. But the presentation of the most intriguing theories and concepts surrounding DMT does not reflect, or do justice to, its newfound mainstream popularity.

I hope to be able to present these ideas in a more readable, accessible, organized manner. And hopefully, expand on some of them as well.