Want To Experience The Afterlife? Let’s Talk About The Most Potent Psychedelic Known To Man 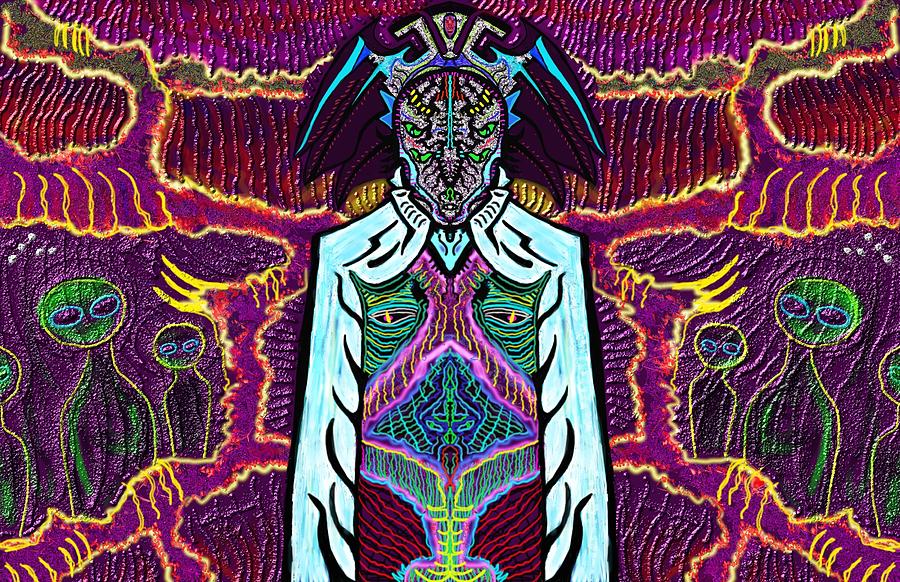 Forget about every other psychedelic for just one minute, because it’s time we have a serious talk about DMT.

It’s time we discuss the absolute profundity of an experience that changes people’s lives forever. In a matter of seconds, everything you know about the world in front of you is ripped away, catapulting your awareness into a dimension of foreign abstraction and pure astonishment.

For most, there are no words accurate enough to describe what happens when you experience the hyper-space reality of a DMT trip. It’s called the “Spirit Molecule” by many of our greatest thinkers, an oxymoron when really considered. This is because DMT is said by many to be the portal to what we know as the ‘afterlife’, a realm built of light fractals and sacred geometry, where time and 3D space merge, and where we are brought into contact with ‘them’.

But what does DMT have to do with you or anything for that matter? Could DMT play a large role in the rapid expansion of human consciousness? Many people believe it to be the case. Let’s explore this mystery right now.

What Makes DMT So Special?

The most fascinating thing about DMT, or N,N-dimethyltryptamine, is that it occurs naturally in the human body, as well as in many other animal and plant species. Think about that one for one second, the most potent psychedelic known to man, and we are born with it in our system. It is theorized to be produced in the pineal gland, a small marble sized organ in the anatomical center of our brain. DMT is thought to be released from our pineal gland during Near Death Experiences (NDEs), during birth, and when we dream. Structurally, it resembles a common neurotransmitter, serotonin, which is responsible for most of our thoughts, feelings, and reactions. Although the brain denies access to most drugs and chemicals, it takes a particular and remarkable fancy to DMT.

The brain is a highly sensitive organ, especially susceptible to toxins and metabolic imbalances. A nearly impenetrable shield, the blood-brain barrier, prevents unwelcome agents from leaving the blood and crossing the capillary walls into the brain tissue. Minute nutrients such as amino acids and glucose are among the selection of molecules our brain allows to cross. However, 25 years ago Japanese scientists discovered that DMT is able to cross the blood-brain barrier with ease. Strangely, it’s as if the brain is ‘hungry’ for DMT. But why?

The DMT Study That Changed Everything

Besides the breath-taking visuals experienced during a DMT trip, something else reportedly happens to people who ‘break through’ during more intense experiences.

During Dr. Rick Strassman’s infamous human-DMT studies in the 1990s, about half of all participants reported making contact with strange entities or beings. Some people described them as “helpers”, “guides”, or “aliens”, Terrence McKenna coined them as “machine elves”. Nevertheless, however the participants described these beings, there was a commonality among their experiences. These beings had been ‘waiting’ for the participants, with much to show them in a limited amount of time.

“Many of the volunteers’ encounters with life-forms in these non-material worlds involved the powerful sense of information exchange. “ Rick Strassman, DMT: The Spirit Molecule.
These beings communicate in varying ways, typically sharing information relating to biology, technology, or even consciousness.

Strassman goes on to explain his dilemma, the contradictory nature of his scientific mind and profession against the mystical experiences being reported by the volunteers.

“I was baffled and nonplussed by the sheer volume and bizarre nature of these reports. My crude and minimal responses to volunteers’ tales clearly reflect[ed] my quandary. At first I tried to avoid the pitfalls attendant to developing any explanatory model, either for my benefit or for that of the subjects. After a while, however, we all needed to make sense of these types of sessions.”

Strassman said he immediately flocked to the biological explanation, that the brain was firing up some sort of wakeful dream experience. Yet, the participants refused to accept his conjecture.

“Research subjects tenaciously refused to accept biological explanations because such explanations reduced the enormity, consistency, and undeniability of their enounters.” A point eventually came, Strassman admits, where he decided to suspend his reductionist, materialistic approach, “I decided to act as if the worlds the volunteers visited and the inhabitants of whom they interacted with were real, as real as room 531, as real as the hospital bed.” Doing this was the only way Strassman could try and come to some sort of understanding of what was happening during the volunteers’ experiences.

Could We Really Be Dealing With A Portal To Another Dimension Of Existence?

It may be difficult for some to accept the presence of alien beings in these DMT trips as truth, however, shouldn’t we at least consider the hypothesis considering that at this point, there are no other proven explanations?

Here are three possible explanations for the DMT experience:

The last theory comes from one of the greatest psychonauts of the last century, Terrence McKenna. His ground breaking theories have challenged even the most out-of-the-box type thinkers. McKenna was a dedicated student who aimed to fully understand psychedelics and the role they played in expanding our consciousness.

McKenna, like many other psychedelic researchers, believed that DMT was a portal to another dimension wherein we gained access to the true nature of reality, a vibratory non-material space of loving energy and unlimited potentiality. This was obviously far from our current model and understanding of our Universe.

However, this theory is not far from what was has already been taught in ancient Eastern religions or Shamanic traditions. Could these ancient, mystical beliefs in fact be based in truth? Today, infamous activists such as Joe Rogan are quick to reference McKenna’s psychedelic theories in attempts to explain the astonishing events which take place after smoking DMT. Rogan also believes that psychedelics such as DMT are tools meant for man to use in order to completely expand our normal thought patterns.

DMT is also the active psychedelic ingredient in the popular shamanic brew of ayahuasca, a plant medicine that is quickly growing in popularity, especially in the last few years with the advent of wide-reaching documentaries such as Stepping Into The Fire and Vine of The Soul. Ayahuasca has been known to treat today’s most wide-spread ailments, such as depression, addiction, cancer, and the list goes on. Could DMT be what helps to heal our physical and psychological wounds?

Questions We Must Consider About DMT

With that all being said, let’s over-view what we know about DMT:

Are You Ready For A DMT Experience?

What role does DMT play in our human experience? Is it a tool here for us to use to rapidly expand our consciousness? Why has our government scheduled a natural brain chemical under strict control? Could DMT be the answer to unlocking the truth about reality and existence? These are important questions which must be seriously addressed. The power of the psychedelic experience, particularly the DMT experience, is simply unmatchable.

So, I ask you the question, do you want to completely change the way you understand life and existence as we know it? If so, have a full-blown DMT experience, then let’s talk.