First Study in 40 Years Legitimizes LSD for Psycho-Therapeutic Use 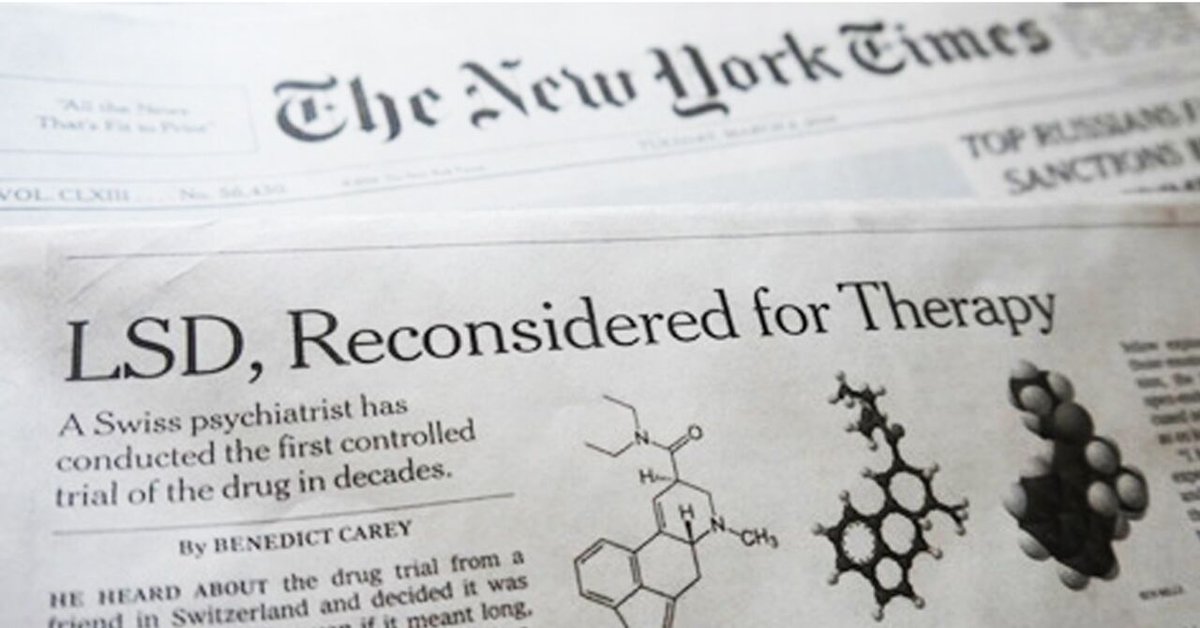 The public image problem for psychedelic substances is finally correcting itself, due in large part to the willingness of some scientific communities to ignore taboos and press ahead with modern research into the efficacy of their use as therapeutic medicines. Cannabis is the front-runner in the campaign to end the war on consciousness and open the door for psychoactive substances as publicly available medicine. Psilocybin is now touted as a natural and potent remedy for chronic depression, and the healing benefits of the South American medicine Ayahuasca are widely discussed in the Western world and is even showing promise as an anti-cancer agent.

Now, 40 years of prohibition against medical research into the psychological benefits of synthetic compound lysergic acid dyethlyamide (LSD) has finally come to an end with positive results. Peter Gasser, M.D., a private practice psychiatrist in Solothurn, Switzerland has recently published the significant findings of a recent study of the effects that LSD has on patients with certain anxiety disorders.

The study is considered to be a success because while showing no lasting adverse reactions to treatment with LSD, study participants showed significant and sustained long-term reductions in state anxiety over a 12-month period:

“These results indicate that when administered safely in a methodologically rigorous medically supervised psychotherapeutic setting, LSD can reduce anxiety, suggesting that larger controlled studies are warranted.” Peter, an Austrian subject in this study remarked, “My LSD experience brought back some lost emotions and ability to trust, lots of psychological insights, and a timeless moment when the universe didn’t seem like a trap, but like a revelation of utter beauty.” This statement is characteristic of many people’s experience with LSD, both clinical and recreational, and brings further testimony to the case for legitimizing these medicines for public use.

The Multidisciplinary Association for Psychedelic Studies (MAPS) has for years been the forerunner in the advocacy of legalization of research into the medical benefits of psychoactive substances. In a recently released MAPS press-alert the organization notes that, “there is considerable previous human experience using LSD in the context of psychotherapy. From the 1950s through the early 1970s, psychiatrists, therapists, and researchers administered LSD to thousands of people as a treatment for alcoholism, as well as for anxiety and depression in people with advanced stage cancer.”

Originally formulated by the renowned Swiss chemist Albert Hoffman, LSD produces an effect that can amplify consciousness and bring about positive lasting changes in perception and one’s feeling of ‘connectedness’ to the universe and the web of life that supports human beings:

“LSD in oral doses of more than 100 Kg produces vivid psychosensory changes, including increased sensory perception, illusionary changes of perceived objects, synesthesia, and enhanced mental imagery. Affectivity is intensified. Thoughts are accelerated, with their scope usually broadened including new associations and modified interpretation and meanings of relationships and ob- jects. Hypermnesia and enhanced memory processes typically occur. Ego identification is usually weakened. The general state of con- sciousness can be compared to a daydream, but with pronounced affectivity and enhanced production of inner stimuli (Grof, 1975; Hintzen and Passie, 2010).”

Research into the psychotherapeutic benefits of LSD began in the 1950’s but was brought to an abrupt halt in 1966 when LSD was made illegal by the Unites States government, ostensibly due to overuse of LSD as a recreational substance by America’s youth. The Executive Director of MAPS, Rick Doblin, Ph.D. states that, “this study is historic and marks a rebirth of investigation into LSD-assisted psychotherapy. The positive results and evidence of safety clearly show why additional, larger studies are needed.”

In a world dominated by scientific materialism and marked by a war on consciousness the criminalizes the free exploration of one’s own mind and body, legitimate and positive scientific research is the key that can unlock long-held cultural taboos and misunderstandings about the nature of psychoactive substances.

Disclaimer: This article is not intended to provide medical advice, diagnosis or treatment. Views expressed here do not necessarily reflect those of WakingTimes or its staff.
This article is offered under Creative Commons license. It’s okay to republish it anywhere as long as attribution bio is included and all links remain intact.