Kicking Addiction by Going from Heroin to Methadone to Ibogaine 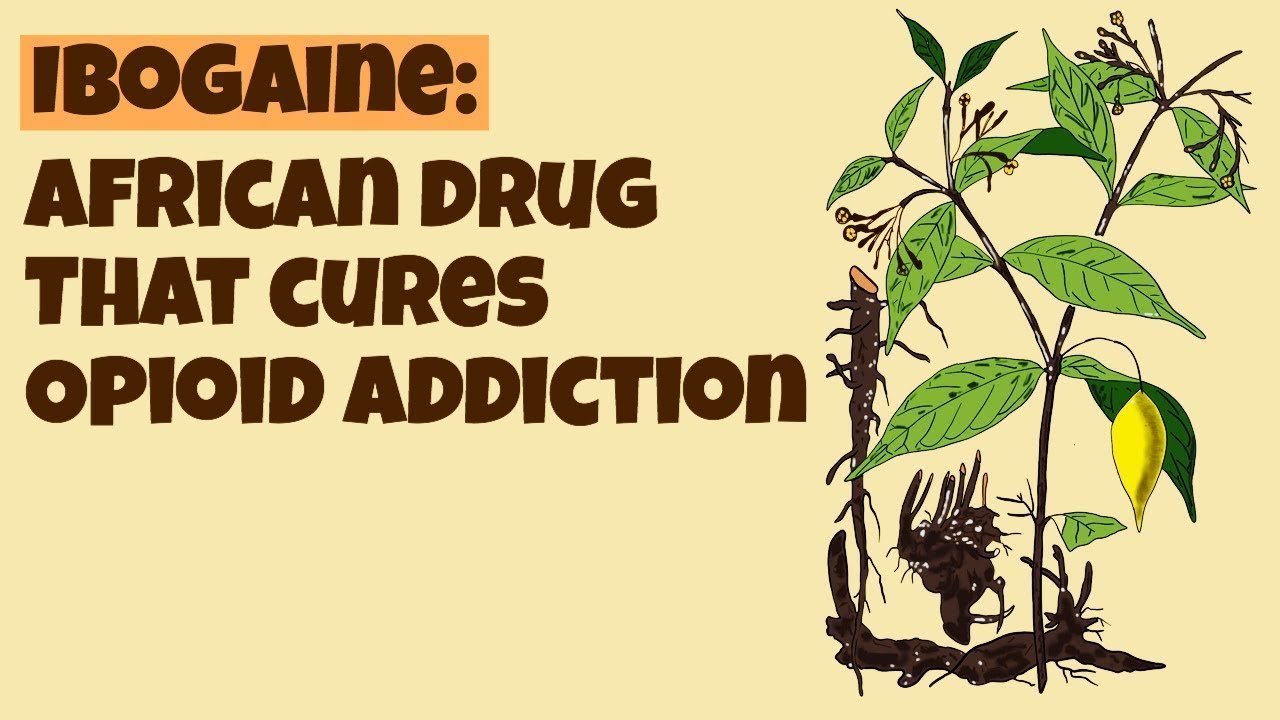 In 2003, after 20 years of taking methadone and dabbling with heroin, David Graham Scott decided that this was pretty much the worst way you could spend your life. Those drugs have a powerful hold though, so what’s an addict supposed to do? David decided to use Ibogaine in an attempt to wipe out his dependence once and for all. Ibogaine is a substance derived from the plant of an African shrub called Tabernanthe iboga, which is known for its psychedelic qualities and used in African spiritual ceremonies. Some claim it’s something of a miracle cure for opiate addiction with minimal withdrawal symptoms. The theory goes that after a long, heavy trip on Ibogaine you no longer want heroin or other sorts of drugs quite so badly.

David documented getting over his addiction with Ibogaine in his previous film, Detox or Die. The follow-up, Iboga Nights, won the Best UK Film Category at the Open City Docs Fest last month. It catalogues the experience of opiate users as they attempt to get off the gear using Ibogaine. At times it’s a pretty bleak experience—at one point, a guy was injecting heroin into his groin—but it will also convince you to never, ever try that particular drug.

I recently spoke with to David about Iboga Nights, his experience on Ibogaine, and what he hopes the future holds.

VICE: What made you try Ibogaine?
David Graham Scott: I had been parked on methadone for nearly 20 years and I was coming up to the age of 40. I was on a relatively small amount, about 25 millilitres, but I just couldn’t get off it. There’s also a point when you get pissed off with going to the doctors and being treated like a second-class citizen as well.

Can you tell me a bit about your previous opiate addiction?
I started dabbling with heroin around 1984. First time I had a shot was in Aberdeen with a guy who seemed a bit of a literary junkie—i.e., cool in my eyes. I moved to Edinburgh in ’85 with the aim of being aimless, at least for a while anyway. I was pretty useless at being a junkie at first and just spent a lot of time throwing up. I persevered, though, and joined the underground cult I so desired to be a part of. That is pretty much the truth of the matter and I don’t doubt there was a mental health issue guiding my decisions as well. For a look at my lifestyle at this time, you may want to look at this experimental film I made around 1986-7 called Opus Morphia. I narrowly avoided the AIDS epidemic that plagued Edinburgh in the mid-80s. I moved to Glasgow around ’88 and got some crap job that actually made me feel worse than being a burnt-out junkie.

What was it like being a methadone user?
Once I was put in a police cell on some made-up charge and then the next day they got [exterminators] in to fumigate the cell because they thought I had AIDS. I was also advised to leave a town and not have sex with any women by the environmental health officer. I actually made it through without contracting AIDS, I was very lucky.

How did you find out about Ibogaine?
Through my brother. The guy who discovered it was a morphine addict and took Ibogaine simply as another drug to try and he found that when he took this stuff he didn’t have the same craving or desire to use [morphine] the next day—there were no withdrawal symptoms. My brother sent across this information and I went to a conference in London in 2001, and I met the Ibogaine provider who would appear in my film, Detox or Die. For the next couple of years I was thinking about it and researching it, but there had been a few fatalities so I wasn’t sure about it.

What exactly is it?
Tabernanthe iboga is an African shrub which has a psychedelic root and it’s used by native peoples in ritualistic ceremonies.

And is there a difference between iboga and Ibogaine?
They both come from the same plant. You go from the iboga plant to iboga itself, which is the raw form of it, and then to Ibogaine, where one particularly strong alkaloid within the plant is isolated. It would be a bit like going from opium to morphine to heroin—each time it is more refined. I took Ibogaine and then the iboga bark can be used to top up the effects over time.

What was your experience on Ibogaine like?
It was about 36 hours of tripping, but it’s different for everyone. After about nine hours or so, I was starting to get more lucid and understanding who I was. You could pull yourself out of it and communicate with people.

And did you have visuals?
I had an intense visionary experience. There were a lot of time-travelling aspects to it; I was manning a spacecraft going into this grid-like pattern in space. There was a lot to do with evolution too but I can’t remember a lot of it because it was so bizarre and chaotic. Sometimes it was beyond me—I knew it was telling me something but I couldn’t understand it. There were also continual black wavy lines in front of your eyes which made it difficult to see easily. It’s not an easy ride by any means—it’s a heavy, heavy trip. Did you enjoy it?
Some of the visions were very enlightening but I saw a lot of very disturbing things. Ibogaine has got very little potential as a drug of abuse because not many people would want to do it on a regular basis.

How did you feel afterwards?
There was some withdrawal briefly and I was like, Oh no, it hasn’t worked, I can’t believe I’ve gone through that hell. But then it was massively reduced to the point that I thought, Well, this has definitely worked, and coming off methadone was bearable.

How does it help you get off opiates?
There are two levels to it. It’s a very intense experience of looking within yourself and seeing how you can move forward. Opiate drugs are very insular substances so you don’t really see the mess of your life whilst you’re using them—you don’t see how shitty your room is with overflowing ashtrays and bloody syringes lying around. It opens the eye up so you see your life for what it is and you can alter it in a positive manner. There’s another level where it actually acts upon the brain receptors that sense withdrawal—so it does something within the chemistry of the brain, which quells withdrawal. It seems to work particularly well with opiates, but not so much with other drugs.

How do you take it?
Ibogaine is a capsule. There are all sorts of different ways that people are doing treatments. One protocol is to give a large dose of Ibogaine with smaller doses of iboga. Just to lessen the chances of a bad reaction. This is because there is a chance of heart failure because the heart rate goes so low.

In the film, you weren’t certain of your feelings towards Ibogaine. Have you made up your mind now?
I’m ambiguous. I have to remain on the fence a bit. The film shows both sides—you’re made aware of the prospect of fatalities. But I don’t think the deaths are of significantly high levels compared to the number of people taking it. And most of the people who die whilst using it have underlying health issues. With that in mind, what would your advice be to people who want to take Ibogaine?
Research it a lot and do it with the help of a provider—someone who knows what they’re doing. When you take it, you get ataxia, which makes you feel like you’re incredibly drunk and it’s extremely difficult to move about. It’s very difficult for me to sit here and say, “Don’t do it, it could kill you,” because, chances are, it won’t. Definitely get your health checked out though—I got my heart checked and other vital stats taken. I was also going to the gym, taking supplements, and juicing.

Are there other psychedelics which supposedly work for other drugs?
Yes, for example, ayahuasca seems to help with cocaine addiction. There are a lot of psychedelic substances coming out of tribal cultures and we’re finding them to be of immense benefit for mental health issues in the West.

So do you hope that there is further research?
Dr. Ben Sessa, a psychiatrist and psychedelic researcher who appeared in the film, hopes to be doing research into Ibogaine very soon. I’m not a scientist, I’m just a guy who believes there is some potential within this and I do sit on the fence to some extent. There are dangers. Let’s be careful—but I do believe there is something within it.