8 Famous People Whose Creativity & Innovation Was Inspired By LSD 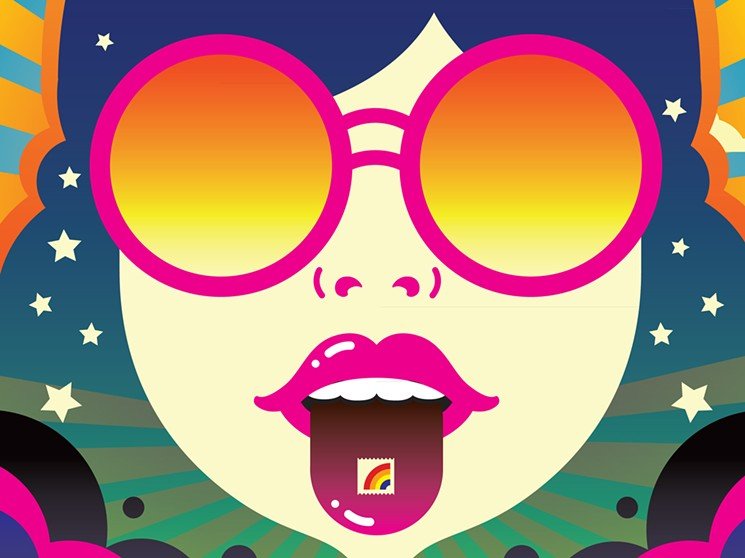 Growing up, I was conditioned to believe that LSD was one of the worse drugs, with its dangers and addictive properties following close behind those of heroin.

This would all change when I fell severely ill in my twenties. After conventional medicine had failed me, I decided to embark on a journey with plant medicine. This eventually led to an interest in the healing properties of psychedelics, particularly psilocybin, which ultimately cured my depression.

However, at the time I vowed never to explore LSD, as it was ‘synthetic’ and in my opinion could not be considered a natural medicine.

So, imagine the surprise of those closest to me when I announced the inevitable –my interest in psychedelics finally piqued my interest in LSD.

What I learned was that although LSD may not exactly be “natural,” when it opens the doors of perception, it simultaneously opens much more. It awakens something deep in the heart, essentially opening a door to a deeper connection with the earth and with the universe as a whole, assuming it is used for spiritual and/or healing reasons in an attempt to expand one’s reality.

So, what is not considered a natural medicine nonetheless helps many forge deeper relationships with the natural world, ultimately resulting in an instinctual urge to explore the invisibles of the world. The invisibles inspire creativity, thus provoking creation and the ability to turn the invisible into the tangible.

That we have been told LSD damages the brain is highly confusing considering some of the greatest artists, scientists, mathematicians, writers, and inventors in history credit LSD for their ability to create. Among them are individuals such as Aldous Huxley, Steve Jobs, and Bill Gates.

When LSD hit the scene in the 1960s, a shift in the connection between psychedelics and artistic expression became blatantly obvious. Its impact on creative expression emerged full force, promoting a dramatic rise in new creations and inventions in fields such as music, painting, fashion, architecture, technology, and more. The following list includes some of the most influential inventors and artists who were inspired by LSD.

Engelbart –whose invention of the computer mouse, along with his creation of the “copy and paste” technique, considered a major advancement in collective intelligence- was inspired by LSD. He was one of many engineers who participated in guided LSD sessions in studies on the connection between LSD and enhanced creativity at the International Foundation for Advanced Study (IFAS), which was founded by Myron Stolaroff  after an LSD trip inspired him to quit his job and devote his life to studying LSD alongside Al Hubbard  (aka the “Johnny Appleseed of LSD”).

In one day I learned more about reality and who we are as human beings than I had ever imagined before. I considered it the most important discovery I would ever make and that there was nothing more important for me to do than to realize the entire potential LSD offered. – Myron Stolaroff

Jobs, who stated LSD was “one of the two or three most important things I ever did in my life,” was not shy about his affinity for LSD, and was known to ask potential Apple employees if they had ever done LSD during interviews.

Taking LSD was a profound experience, one of the most important things in my life. LSD shows you that there’s another side to the coin, and you can’t remember it when it wears off, but you know it. It reinforced my sense of what was important—creating great things instead of making money, putting things back into the stream of history and of human consciousness as much as I could. – Steve Jobs

Psychedelics had a major impact on the work of famous author Aldous Huxley. A profound experience with LSD inspired him to write one of his most famous pieces, The Doors of Perception and Heaven and Hell.

His connection with psychedelics showed up in some of his other books, such as his most popular novel, Brave New World, in the form of a drug called “soma.” In his novel Island, Huxley wrote about “moksha medicine” –a magical drug given to citizens of Pala (the Island where the story is set) during critical periods of their lives, as well as when they were dying to help them relinquish their mortal coils.

Grey, artist of the infamous series of paintings showing the body’s meridians and chakras, called “sacred mirrors,” used his experiences with LSD to fuel his creative expression. Apparently, out of all his LSD trips, one in 1976 was particularly life changing. According to Grey, “the vision I had in 1976 changed my work and the focus of my life.” [4]

The famous molecular biologist who claimed to have “perceived double-helix shapes while on LSD.”

Mullis, the biochemist who won the 1993 Nobel Prize in Chemistry for his improvements to the polymerase chain reaction technique, stated in a 1994 interview with “California Monthly” that he “took plenty of LSD.” He also went on to say, “It [LSD] was certainly much more important than any courses I ever took.”

The well known American mathematician Ralph Abraham claimed the insights he had while on psychedelics such as LSD profoundly influenced the development of his mathematical theories.

Giger became internationally recognized in the 1960s for his visionary airbrushed art. “Necronomicon,” an overview of his most creative work, prompted film director Ridley Scott to hire him as the artistic designer for the extraterrestrial monsters in Alien, a well-known collection of sci-fi films. As a result, Giger won the 1980 Academy Award for special effects.

Note: Of course with anything, these things are meant to be used responsibly and should not be taken lightly. We are not condoning the use of psychedelics but more so opening up our minds to a new perspective on them.