Ecstasy And Acid In Your Medicine Cabinet? Doctors Explore Psychedelics 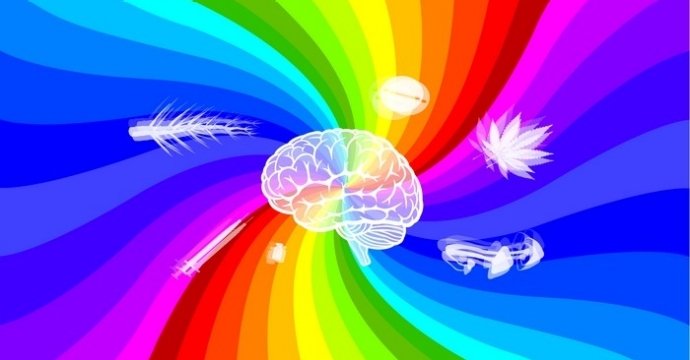 Psychedelics, the drugs of choice for many in the 1960s counterculture movement, may be making a comeback in the most straight-laced of places: research labs and doctors’ offices.

Scientists, doctors and scholars who have researched the health potential of drugs such as LSD, magic mushrooms and ecstasy, gathered at the Horizons conference in New York City this past weekend to discuss innovations in the field.

Psychedelics have been the subject of experiments by scientists for decades but went out of favour with the law in the 1960s and 1970s when they “escaped the lab” and were picked up by proselytizers who helped give them a bad name, conference presenters said. This led to a backlash that slammed the lid on research for the next several decades.

Those prohibitions seem to be loosening somewhat, with some governments allowing a small amount of research with psychedelic drugs, results of which show they may carry promise for treating a wide variety of ailments, from anxiety to addiction.

Here are some highlights from the presentations at the conference.

Millennia Before the War on Drugs, Psychedelics Were Celebrated by Many

“Some of the most significant civilizations have given an honoured place to psychedelics,” scholar and writer Graham Hancock told conference attendees on Sunday (October 12). In ancient Egypt psychoactive blue water lily and acacia plants were likely consumed to induce visions, he said.

“I think the Egyptians were deep into the visionary and psychedelic experience, which explains the transcendental power of their ideas and art,” Hancock said.

Hancock said hallucinogenic mushrooms played a part in cultures such as the Mayan Civilization and were depicted in European and African cave paintings as far back as 9,000 years ago. He also demonstrated the widespread use of peyote cacti and other hallucinogenic plants throughout Latin America and Amazonia in the pre-Columbian era.

Hancock said it’s not unusual for innovative thinkers to experiment with drugs, citing Steve Jobs’s use of LSD in the 1970s as an example. Jobs described taking LSD as “a positive life-changing experience,” though it’s impossible to prove it was directly involved in the development of the Apple computer.

Hancock described it as “criminal” that “we live in a society that will send us to prison if we make use of time-honoured sacred plants [and other synthetic derivatives] to explore our own consciousness,” he said.

The U.S. Government has made almost all psychedelics illegal, and even simple possession of a small amount something like psilocybin-containing mushrooms can carry a penalty of a year in jail.

Psilocybin, the active ingredient in so-called “magic mushrooms,” has been shown to reduce anxiety and depression in several small studies, including one 2010 study at UCLA published in Archives of General Psychiatry and another in progress at Johns Hopkins. A paper that came out this spring done by researchers from the Psychiatric University Hospital of Zurich published in the journal Biological Psychiatry found that psilocybin decreases activity in the amygdala, the part of the brain that may be overactive in people with anxiety and depression.

A recently completed project at New York University found that psilocybin appears to reduce anxiety and depression in terminal cancer patients, said Alexander Belser, a doctoral fellow in the Department of Applied Psychology. Belser stressed that the results hadn’t yet been fully analyzed. But it appeared that psilocybin led many of the study participants, who were all in various stages of life-threatening cancer, to have “mystical experiences” that gave them great insights, improved their anxiety and generally made them more positive and loving, they and their loved ones reported.

One of the study participants, a middle-aged woman, said in a film shown at the conference that ever since her dosing several months ago, she found herself “so much more connected to everyone and everything.”

Another participant, a young man, said the experience gave him “a connection to a spiritual world that adds meaning to my life.”

To date there have been no adverse reactions to psilocybin in any study. Some people have had some “difficult trips” that involved anxiety, but study participants considered this part of the healing process, they said. In the NYU study, and others like it, guiding practitioners are heavily trained beforehand and also keep on hand a psilocybin antidote for a worst-case scenario, which luckily hasn’t happened.

Belser and colleagues received a warm welcome from the sellout crowd, gathered together Saturday (October 11) at Judson Memorial Church, across the street from Washington Square Park.

Several of the patients from the study whose testimonials were shown in a video also attended the presentation.

Swiss physician Peter Gasser and his colleagues published a study this summer showing that LSD, also known colloquially as acid, can reduce anxiety in patients with life-threatening illnesses. In that research, 12 subjects were given a once-off 200-microgram dose of LSD in a controlled setting with therapists present and afterwards reported that they had markedly reduced anxiety for at least one year. This is the first time that LSD has been legally used in a clinical setting in more than 40 years.

The upbeat Gasser announced that he had just received permission from the Swiss government to legally prescribe LSD to one patient for “compassionate use,” beginning in 2015. LSD is a considered a Schedule I substance in the United States (and carries equivalent restrictions in Switzerland), with “no currently accepted medical use and a high potential for abuse” as defined by the Drug Enforcement Administration.

Gasser told Newsweek he’d likely be able to prescribe LSD to more patients in the future but will have to seek permission from the government for each individual case. The treatments will likely involve a handful of dosings over a two-year period, he added.

One theme repeated throughout the conference was that several of the drugs classified as Schedule I drugs—such as LSD and psilocybin—do in fact appear to have legitimate medical uses and aren’t addictive. As Gasser pointed out, for example, the National Institute on Drug Abuse, a federal research agency, states on its website that “LSD is not considered an addictive drug.”

However, experts at the conference conceded that LSD and other psychedelics are quite powerful and carry potential risks as well as benefits.

After returning from combat in Iraq U.S. Marine Nicholas Blackston suffered from devastating post-traumatic stress disorder, a syndrome which is notoriously difficult to treat and which sees its victims plagued with fear as they relive trauma from past events.

Blackston said at the conference on Sunday he had horrific nightmares during the rare instances where he could sleep, and even contemplated suicide.

He participated in a study done by the Multidisciplinary Association for Psychedelic Studies (MAPS) in which he was given a moderate dose of MDMA, also known as ecstasy, during therapy sessions. The substance allowed him to revisit the experiences that caused his trauma, like the death of close friends, and to heal, he said.

PTSD is a major reason why an average of 22 veterans commits suicide every day, according to a study by the Department of Veterans Affairs.

One 2010 study found that eight of 10 PTSD patients given ecstasy were significantly helped with their symptoms, with some reporting that they felt they were cured.

Blackston’s story is detailed in the book Acid Test, by Tom Schroder, who also spoke at the conference. The book “makes a convincing case that such therapies [like MDMA] ought to be prescribable by all practising psychiatrists,” writes Gregory Crouch, a former infantry officer, in The Washington Post. With veterans’ suicides and “the Department of Veterans Affairs on the hook for more than $1 trillion in PTSD-related expenses due to the wars in Iraq and Afghanistan, it’s hard to imagine how our society can afford to ignore the powerful healing potential contained in such profoundly psychoactive drugs as LSD and MDMA,” Crouch writes. Miley Cyrus was famously captured smoking what sources said was salvia in 2010, catapulting the psychedelic plant into the spotlight. But many don’t know that the plant has been used for hundreds of years by the Mazatec people of Mexico in traditional “healing ceremonies,” said Peter Addy, a postdoctoral researcher at Yale University’s School of Medicine. In these ceremonies, in which people chew leaves of the plant, people claim to commune with the Virgin Mary and report profoundly healing and life-changing experiences.

Research has shown that the prime ingredient in salvia, salvinorin A, acts on the brain in the “complete opposite manner” than drugs of abuse like cocaine and opioids, Addy said. Chemical analogues of salvinorin A have potent “anti-addiction effects” in animals, and could feasibly be used to restore brain circuits “hijacked” by addictive drugs like cocaine, he added.
It is also the most potent natural psychedelic known to humanity. “There is quite literally nothing else even remotely like it,” Addy said.

Ayahuasca Has Potential to Help With Emotional “Healing”

Several presenters at the conference spoke of the power of an Amazonia brew called ayahuasca, made from the vine and a shrub whose leaves contain a chemical called dimethyltryptamine (DMT), a chemical also found in low quantities in the brain and thought by some to be involved in dreams.

Ayahuasca, also known as the “vine of the dead,” is not to be taken lightly. After drinking it, one experiences visions for hours that can at times be quite difficult, and “forces you to confront yourself, ugliness and all,” former CNN correspondent Amber Lyon said at the conference.

The effects of this trip can be long-lasting, and ayahuasca has been taken in “healing ceremonies” in the Amazon likely for thousands of years, Hancock said. Lyon, who suffered from PTSD after years covering wars and being stationed in conflict zones, said she went to the Peruvian Amazon to take Ayahuasca, and the trip “completely changed my life for the better.” The plant allowed her to get over her past trauma, and to dedicate her life to spreading the word about the healing properties of ayahuasca and other “plant medicines,” she said. She has since started an online publication covering the topics of psychedelics, the war on drugs and plant-based medicines called Reset.me.

Hancock added that he has taken ayahuasca several times, and it allowed him to kick his 20-plus-year marijuana habit. “With ayahuasca, I think we are dealing with an incredible agent of healing,” he said.