How LSD And Meditation Made Steve Jobs A Tech Visionary 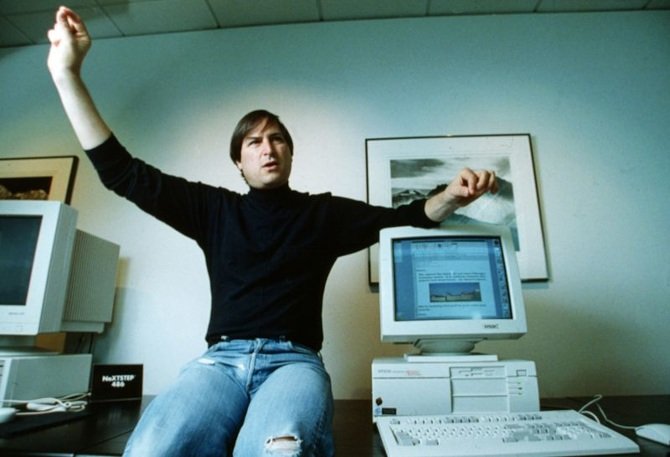 Apple Founder and CEO Steve Jobs changed the world of technology by making simple, innovative and beautiful designs for products like the iPod, the MacBook and the iPhone. Building the most powerful brand on Earth, Steve’s company Apple pulled in a historic $18 Billion profit in 2014’s fourth quarter. He made technology accessible and user friendly, leading the front line of the information age.

Although Jobs attended prestigious schools like Harvard and Stanford, his genius is reportedly attributed to another, more spiritual aspect of life. In his early 20’s he went to India on a truth seeking spiritual quest for the meaning of life. Experimenting with psychedelics like LSD and studying Buddhism and Zen meditation, Steve opened his mind to “whole new vistas”.

An old college friend of Jobs recently revealed insight on the psychedelic journeys that they had experienced together.

“We weren’t really talking much,” Kottke said. “We were more of in a meditative space. We would take psychedelics and whole new vistas opened up.”
In Steve’s biography is written:

I came of age at a magical time… Taking LSD was a profound experience, one of the most important things in my life,” Jobs said. “LSD shows you that there’s another side to the coin, and you can’t remember it when it wears off, but you know it. It reinforced my sense of what was important — creating great things instead of making money, putting things back into the stream of history and of human consciousness as much as I could.” – Steve Jobs

The correlation of LSD with innovation and creativity has long been understood. Even today, many Silicon Valley entrepreneurs are still mediating while on LSD. Venture investor and author of “The 4-Hour Workweek” Tim Ferris recently spoke with CNN on the subject.

“The billionaires I know, almost without exception, use hallucinogens on a regular basis,” Ferriss said. “[They’re] trying to be very disruptive and look at the problems in the world… and ask completely new questions.”

So can LSD and other psychedelics allow breakthrough moments of innovation when used intelligently? It’s hard to argue with the evidence.