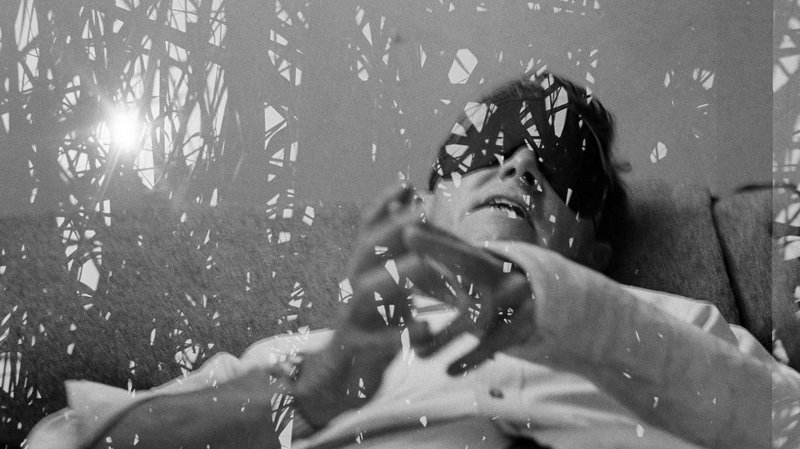 He heard about the drug trial from a friend in Switzerland and decided it was worth volunteering, even if it meant long, painful train journeys from his native Austria and the real possibility of a mental meltdown. He didn’t have much time, after all, and traditional medicine had done nothing to relieve his degenerative spine condition.

“I’d never taken the drug before, so I was feeling — well, I think the proper word for it, in English, is dread,” said Peter, 50, an Austrian social worker, in a telephone interview; he asked that his last name be omitted to protect his identity. “There was this fear that it could all go wrong, that it could turn into a bad trip.”

On Tuesday, The Journal of Nervous and Mental Disease is posting online results from the first controlled trial of LSD in more than 40 years. The study, conducted in the office of a Swiss psychiatrist near Bern, tested the effects of the drug as a complement to talk therapy for 12 people nearing the end of life, including Peter.

Most of the subjects had terminal cancer, and several died within a year after the trial — but not before having a mental adventure that appeared to have eased the existential gloom of their last days.

“Their anxiety went down and stayed down,” said Dr. Peter Gasser, who conducted the therapy and followed up with his patients a year after the trial concluded.

The new publication marks the latest in a series of baby steps by a loose coalition of researchers and fund-raisers who are working to bring hallucinogens back into the fold of mainstream psychiatry. Before research was effectively banned in 1966 in the United States, doctors tested LSD’s effect for a variety of conditions, including end-of-life anxiety.

But in the past few years, psychiatrists in the United States and abroad — working with state regulators as well as ethics boards — have tested Ecstasy-assisted therapy for post-traumatic stress; and other trials with hallucinogens are in the works.

“The effort is both political and scientific,” said Rick Doblin, executive director of the Multidisciplinary Association for Psychedelic Studies, a foundation that has financed many of the studies. “We want to break these substances out of the mold of the counterculture and bring them back to the lab as part of a psychedelic renaissance.”

Before taking LSD, the 12 patients in the Swiss study met with Dr. Gasser in his office for two or more sessions to get acquainted. The trial called for two drug-assisted courses of therapy, separated by a couple of weeks.

The drug’s effects would last up to 10 hours, after which the patient would sleep on a couch in the office, attended at all times by the therapist or an assistant. “I told them that each session would be right here, in a safe environment, and I am part of it,’” Dr. Gasser said. “I said, ‘I can’t guarantee you won’t have intense distress, but I can tell you that if you do, it will pass.’ ”

And so they did — and indeed it passed, though not always easily. Many wept, most squirmed; one 67-year-old man said he met his long-dead, estranged father somewhere out in the cosmos, nodding in approval.

All talked for periods with Dr. Gasser, who acted as an anchor in the storm and a fellow explorer, tracking the sources of those emotions. In the jargon of the profession, the therapy was patient-centered, open-ended and “integrative,” in that it focused on current habits of thought as well as on long-ago childhood scenes.

“I had what you would call a mystical experience, I guess, lasting for some time, and the major part was pure distress at all these memories I had successfully forgotten for decades,” Peter said. “These painful feelings, regrets, this fear of death. I remember feeling very cold for a long time. I was shivering, even though I was sweating. It was a mental coldness, I think, a memory of neglect.”

He was also doing something with those sensations, something he had almost never done before. He was talking about them. “It surprised me,” Peter said. “I didn’t know I was talking away until Dr. Gasser made me notice.”

After about two months of weekly therapy, the eight participants who received full doses of LSD improved by about 20 percent on standard measures of anxiety, and the four subjects who took a much weaker dose got worse. (After the trial, those patients were allowed to “cross over” and try the full dose.) Those findings held up for a year in those who have survived.

The trial was far too small to be conclusive, said Dr. Gasser, whose co-authors include Dr. Doblin, Dominique Holstein of UniversityHospital Zurich and Rudolf Brenneisen of the University of Bern. But the researchers see the results as a beginning. The drug caused no serious side effects, other than temporary — and therapeutically valuable — periods of distress.

The participants, by and large, considered the therapy worthwhile. “It’s a proof of concept,” Dr. Doblin said. “It shows that this kind of trial can be done safely, and that it’s very much worth doing.”

Peter, the social worker, agreed. “I will say I have been more emotional since the study ended, and I don’t mean always cheerful,” he said. “But I think it’s better to feel things strongly — better to be alive than to merely function.”