Professor David Nutt: Why Banning LSD and Magic Mushrooms is the Worst Censorship of Medicine in World History 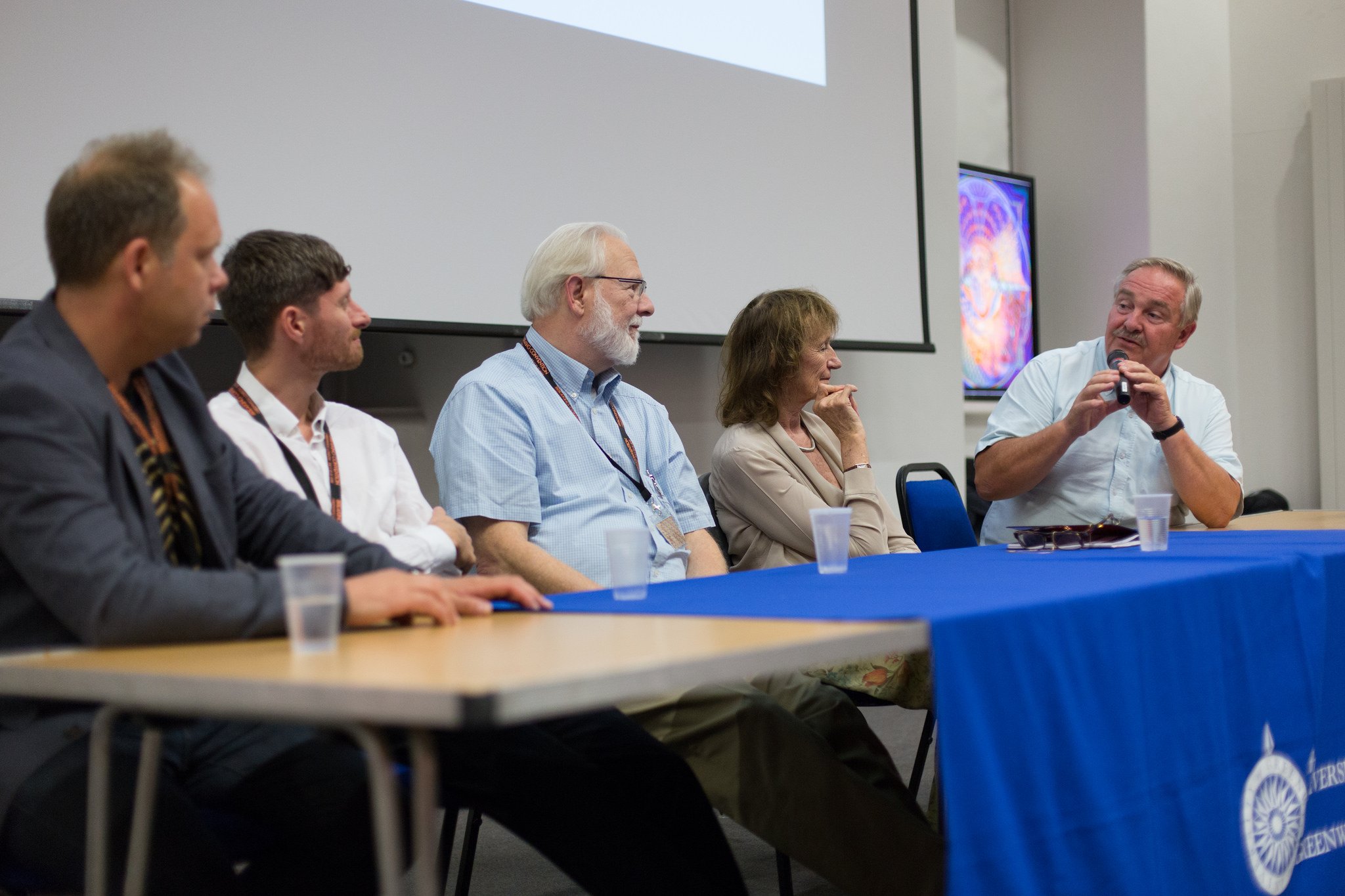 Professor David Nutt is to drug science what David Attenborough is to the natural world. A renowned neuropsychopharmacologist based at Imperial College, London, Professor Nutt is famed for sparking debates around illegal drugs and government policies. He is one of a few voices for the psychedelic community, and those researching banned substances, who speaks candidly about drugs by using science to back up what he says. Professor David Nutt at Breaking Convention. He is also the author of the book: Drugs Without the Hot Air, and founder of DrugScience: the only completely independent science-led drugs charity. Photo Credit: Jonathan Greet 2015.

Hearing him talk at Breaking Convention about how laws are making it very difficult to research psychedelic drugs, makes it feel like the human race is missing out on something: a giant leap for medicine that politicians are happy to shun. When the idea that psychedelics like LSD and psilocybin (the compound found in magic mushrooms) can be used to treat a variety of mental health issues, such as addictions, anxiety and depression, why wouldn’t you want to delve into the rabbit hole of research, and see where it takes you?

Shrouded in red tape and a bad political reputation, LSD was banned in the UK and thrown into deep space in 1966. Roll forward nearly half a century and politicians still won’t change their stance on what could be the wonder drug for therapeutic practice, regardless of what positive findings have been produced.

“Politicians have this peculiar fear of LSD,” asserts Professor Nutt. “Albert Hoffman [the Swiss scientist who first synthesised the drug in 1938] said LSD was his ‘problem child’. There is no doubt it is still a problem child for very many politicians, for reasons that are historic, based on ignorance and on disinformation.”

Public opinion about the drug, which is notoriously associated with hippy culture, paints a different picture where psychedelics are more socially acceptable than the Government leads us to believe.

“One of the interesting things about psychedelics is that there is an enormous amount of sympathy in the general public to their use, particularly as medicines,” explains Professor Nutt. “A lot of people are very angry that they have been denied to the public as medicines for over 50 years. My own view is that this is the worst censorship of medicine and clinical research in the history of the world. If you really want to use [psychedelics] as medicine, it’s important to have a sound scientific underpinning.”

Professor Nutt and his team have been busy pioneering the use of techniques called ‘brain imaging’ to explore how psychedelics work in the brain. They have achieved three studies with psilocybin and have just completed the world’s first ever brain-imaging study with LSD, and the results are exciting for scientists, doctors and patients alike. “We’ve [discovered] that these drugs have quite profound effects, for instance, they switch off the part of the brain that causes depression. Now we’re doing a trial using psilocybin to treat depression because we think where conventional treatments fail, psilocybin might work.”

But even though the outcome of these tests has proved quite promising, the stumbling blocks to this research are still present. The biggest and most obvious challenge is that these drugs are illegal. Only a very small handful of hospitals in the UK have permission to hold drugs like cannabis or psilocybin, which means Professor Nutt and his team can spend years of valuable time in getting extra permissions to do their work. “The depression trial took three years to work through all the different regulations. We spent almost all the money we had just getting the drug and getting through those regulations,” explains Professor Nutt.

When you consider that a normal drug trial might take six months to get going, the research into psychedelics is very costly – at least 10 times that of other trials. And money doesn’t come easily. As the Government doesn’t stand by this line of research, crowdfunding has been one of the options to bring in the cash for this research. But when there’s lives at stake, isn’t it about time the Government turned their heads and tuned in their ears, instead of copping out whenever they catch wind that perhaps these so-called ‘bad drugs’ can actually be useful?

“The world needs to wake up to the potential of drugs like LSD and psilocybin, and also cannabis,” proclaims Professor Nutt. “These drugs have enormous potential. Every day that goes on with these drugs illegal, patients are suffering; patients are committing suicide because they are not getting treated for their depressions or their pain. So, it is a priority for medicine in the world to reverse these laws.”

You can view all of the Lectures of this years Breaking Convention on the Trip Tamine YouTube Channel: