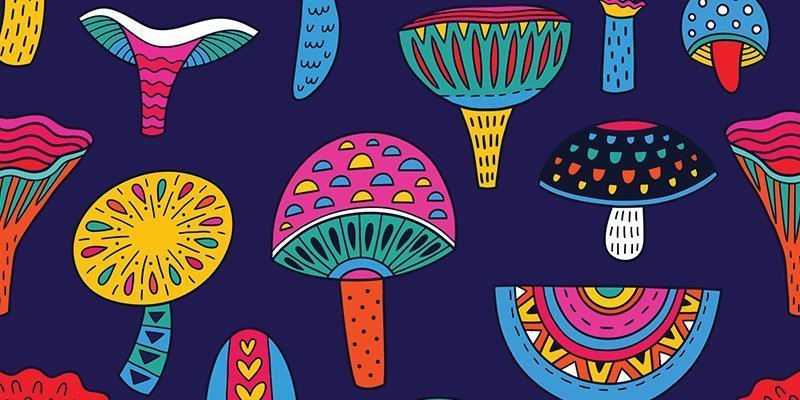 Anyone that has tried a psychedelic drug know that it’s impossible to fully explain the experience to someone who hasn’t tried one. The entertainment industry completely misrepresents these experiences with dragons flying out of people’s faces and walls melting into nothing, which never occur even with strong doses. So, here is my best attempt at explaining the psychedelic experience.

I’d like to start this off with an anecdote from Ram Dass, who was talking about working with a member of the anti-drug coalition on a book about LSD. In choosing pictures for the book, they agreed on only one:

While tripping, you realize that Shakespeare’s idea that “All the world’s a stage” was excitingly true. Everyone else is still acting in this play, taking their characters very seriously. But you are backstage, watching it all play out with you mask off for once. Your beliefs, which you now realize are oh-so human and tied to your subjective sense of self, have come off with that mask. You are now able to look at the world through a truly differerent lens for the very first time. Without the filters of ‘sobriety’, the nature and innate truths of the world become clear.

Furthermore, your appreciation for absolutely everything is exponentially magnified. That filter in your brain that says “I’ve seen that flower a thousand times before, so it’s not that cool anymore” is turned off. Even the most insignificant objects are seen as though it is the first time you’ve ever encountered them. You are temporarily reborn with a child’s eyes for 4-6 hours.

For the most part, you do not see things that are not actually there. You see things that ARE physically there move around and warp into amazingly intricate patterns, but you will not see a colorful dragon-fly through your bedroom. All surfaces begin slowly undulating in tiny waves as if all matter has come alive. Not to the extent that you’ll think the world is melting or reality is breaking apart; just enough to let you know that ‘solid’ is more subjective than you thought.

However you will see some INSANE visuals when your eyes are closed (or in darkness, since the experience is the same), like a super-imagination that is much less under your control than usual. Imagine seeing an endless chain of vivid scenery seamlessly warping from one image to the next. The bizarreness of these images knows no bounds.

One of the coolest insights can come from the power of your perspective while tripping. The best example of this is when you look in the mirror. You will see your face morph back and forth between looking the most beautiful way you view yourself and the ugliest way you view yourself. If that’s hard to understand, think of someone with a horrible case of anorexia. Even when they are compared side-by-side to people they think are skinny, they still see themselves as fat. You can see this extreme, and the opposite extreme without any effort on your while you are tripping. But of course, you one see your own extremes… so you won’t see yourself look anorexic unless you are capable of thinking you look like that while sober.

This also holds true for any object you look at. You can look at a chair and consciously fluctuate between seeing it as a supremely evil, horrible, ugly chair, and seeing it as the most wondrous, angelic object you have ever seen. This is why having a ‘bad trip’ is possible because people can get stuck at the negative end of this spectrum if they have emotional issues or something traumatic happens during the trip.

In summation, the influence of your perception on reality is infinitely magnified on shrooms/lsd. While this is happening to you, you will see that this is also true while sober, but it occurs less immediately. Very cool stuff.

Other Things to Know

– These substances are perfectly safe. In fact they’re the safest drugs you can take behind marijuana. You cannot die or cause brain damage from LSD or mushrooms without eating hundreds of dollars worth of the stuff. It’s like alcohol — perfectly safe unless you’re extremely stupid about it. For that matter it’s far easier to cause harm to yourself with alcohol. Do your research online beforehand so you have more than my word to go off of!

– You’re not alone in being intrigued by experience another type of perception. According to a site-wide poll in 2011, 47% of HEthens have tried mushrooms and 36% have tried LSD. Woot :)

– You will feel some discomfort and possibly nausea when you’re coming up on either magic mushrooms or LSD. Many people describe this feeling as ‘wanting to get out of your body’.  For me, the non-physical nature of the soul becomes very obvious during the trip, so this sensation makes sense. The unpleasantness will go away when you’re all the way up.