There Really Is An LSD Shortage, And Here’s Why 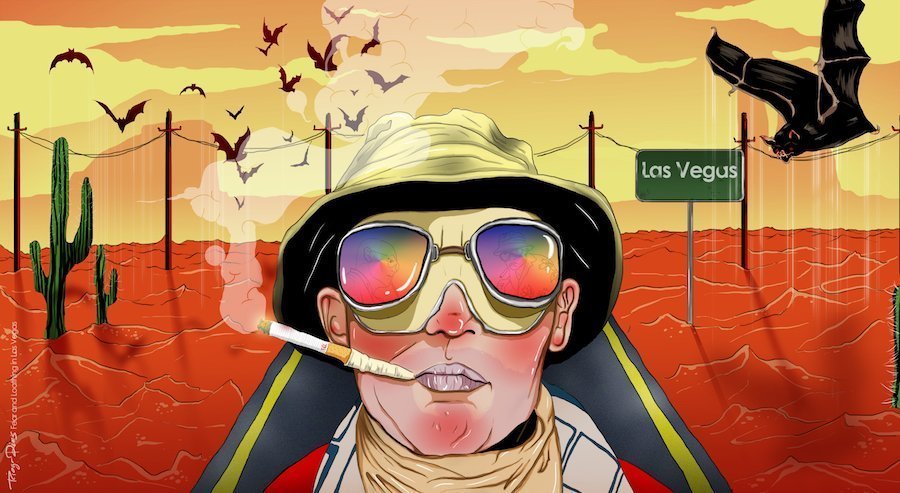 We do know that LSD-related emergency room visits dropped from over 5,000 in 1999 to just 900 in 2002, and have hovered between 2,000 and 4,000 per year since. According to the DEA, the age group most likely to do LSD in the past was high school seniors, and a University of Michigan survey of teen drug use finds a sharp decline in LSD use among 12th graders: “It looks to me like lack of availability has played a major role in the decline of this drug,” says Lloyd Johnston, the UMich researcher who conducted the drug-use survey. He doesn’t see any decline in interest in LSD — in fact, younger high-school students seem less concerned about its riskiness than they used to be.

Plus if you google the phrase “LSD shortage,” you find lots of message boards discussing this question, although there are plenty of people on those boards saying they still know where to get it.
So if there is an actual decrease in the supply of LSD, what’s going on?

Most people will point to the 2000 arrest of a man named William L. Pickard, a UCLA researcher who allegedly was one of the biggest LSD suppliers in the world, and was trying to turn a decommissioned missile silo into a drug lab. He was a “superbrilliant chemist” and a Buddhist priest who had already served a four-year stretch for LSD possession in the late 1980s.
The feds claim that Pickard’s arrest permanently reduced the supply of LSD in the United States — and there seems to be some truth to this.

I talked to David Nichols, the former Distinguished Chair in Chemistry at Purdue University and current adjunct professor at University of North Carolina at Chapel Hill. And Nichols says it’s really true about Pickard: “It is known that immediately after the arrest of Pickard, LSD almost disappeared from the streets. He was probably a major U.S., if not international manufacturer.”

Similarly, Johnston says he sees a sharp decline in LSD use among teens around 2001, although it was declining before that.

Another possible explanation for the decline in LSD availability is that a major distribution network dried up when the Grateful Dead’s Jerry Garcia died and then Phish stopped touring as much. As a poster on one of those message boards explains:

Jerry died & that was a huge hit, then Phish stopped touring like they used to, and that’s that. Say what you want about those bands, but their tours provided a pipeline for LSD that sent it trickling down into all the nooks & crannies of the country.

Why can’t just anyone make LSD?

The argument you often hear about LSD is that anybody with a knowledge of chemistry can make it — you just need the right chemicals. So why can’t just anyone get their Walter White on and make some LSD in their school’s chemistry lab?

According to Nichols, who’s one of the world’s leading LSD researchers, making LSD is indeed simple:

LSD is a fairly sensitive chemical, requiring it to be kept out of bright lights, and stored in the dark and a cool place. But anyone with some basic organic chemistry lab skills could make it if they could get an ergot alkaloid and few other reagents.

The sticking point is the “ergot alkaloid,” which Nichols says is the one key ingredient that’s almost impossible to get. You can’t make LSD without ergotamine or some other type of ergot alkaloid, which you use can turn into lysergic acid using hydrolysis. Image: Lucy in the Sky with Diamonds by SpiritoftheShadow/DeviantArt

“Pickard had connections in Eastern Europe, where ergot alkaloids are less stringently controlled,” Nichols tells io9. “In the West, ergot alkaloids are ‘watched chemicals.’ You simply can’t purchase them unless you are a legitimate and responsible company with a genuine need for them. If the suppliers are complying with U.S. law, an ordinary person simply can’t buy them.” The DEA, and drug agencies in most developed countries, keep very close tabs on ergotamine because it’s a key ingredient of LSD.

It’s pretty easy to get them in Hungary or the Czech Republic, because those places never had a huge LSD problem, says Nichols. But you’d need an import license to get them into the U.S. — which is almost impossible to obtain.

What is ergot alkaline?

It’s actually a product of a kind of ergot fungus, called Claviceps, says Nichols. In the old days, this fungus was harvested from large fields in Europe in the fall. It’s a “hard, dark, spike-shaped growth” that appears on rye or wheat grains.

But nowadays, people use large fermenters to grow the ergot alkaline in “submerged cultures of ergot fungus,” says Nichols.

According to the book Ergot: The Genus Claviceps (edited by Vladimir Kren and Ladislav Cvak), this fungus frequently caused ergot poisoning during the Middle Ages, leading to outbreaks of “ergotism,” or “epidemic gangrene,” including one disease known as St. Anthony’s Fire. People would suffer gastrointestinal effects, as well as neurological effects such as seizures, from eating infected grains — and some people consider this one explanation for outbreaks of witchcraft. It wasn’t until the 1930s that people like Walter A. Jacobs and Lyman C. Craig began to synthesize lysergic acid from ergotamine, and started to explore its potential medicinal properties — and it wasn’t until 1943 that a chemist named Albert Hoffman first created LSD, and accidentally dosed himself with it. (And then the CIA got a hold of it.)[/vc_column_text][vc_empty_space][mgl_tubelab_video template=”plain” display=”title,meta” size=”high” video_id=”DMH5WgGFxlc”][vc_empty_space][vc_column_text]

Even as LSD appears to be in permanent decline, both in terms of supply and in terms of people’s interest in trying the drug — it’s way less popular than MDMA, which Nichols refers to dismissively as “the Budweiser of psychedelics” — there’s a sudden uptick in interest in using it therapeutically.

Back in July 2014, the first research paper about therapeutic uses of LSD in decades was published, in the Journal of Nervous and Mental Disease. Swiss therapists gave small doses of LSD to cancer patients in an end-of-life support group, and found that this “mystical experience” led to a significant reduction in the patients’ levels of anxiety.

This set off a round of articles in the mainstream press about reevaluating LSD and other hallucinogenics, as possibly helpful substances for patients with mental or emotional traumas.
But perhaps surprisingly, Nichols, who’s spent his career studying LSD and being an advocate for taking the drug seriously, sounds a note of caution about using it in a therapeutic context. He especially doesn’t think people should be using LSD to confront past traumas, at least without a lot of support and the proper setting:

I don’t know that confronting past traumas is the best application for LSD-assisted therapy, but however LSD is used in therapy, it should be administered by someone who has specialized training, and in a controlled setting. It has been known for a very long time that the effect of a psychedelic is highly dependent on set and setting. That is, set is the mind set or expectation of the person who receives the substance, and the setting is the environment in which it is given. I used to tell my students that if you took a psychedelic in a church or synagogue, with the expectation of having a religious experience, the probability of that happening was increased. But take the same dose of the same drug and go to a Friday the Thirteenth movie, or a Freddie Kruger movie, and the probability that you will have a religious experience is very low.

We still don’t know much about how LSD works

And finally, Nichols says we still don’t know that much about the actual mechanisms of how LSD affects your brain, 70 years after Albert Hoffman first dosed himself with it. “We don’t understand LSD or other psychedelics at all,” he says. “We know what the brain receptors are, and we know where a lot of them are expressed (i.e. in which brain regions).” But we know nothing about what brain dynamics they affect to produce a psychedelic state. We can understand a few “puzzle pieces,” he adds, but we can’t put the puzzle together.