10 Famous Geniuses and Their Drugs of Choice 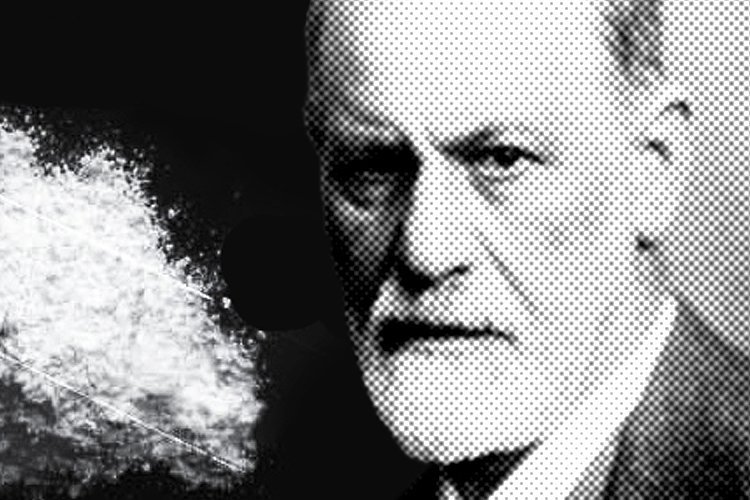 Is intelligence related to an increased likelihood of recreational drug use? I10 Famous Geniuses and Their Drugs of Choicet’s an interesting hypothesis and one that’s been gaining momentum in recent years.

If a definitive link between intellectual capacity and drug use does exist, it will likely be some time before anyone establishes one. Having said that, this much is for certain: History has more than its fair share of experimenting experimentalists. Let’s meet 10 of history’s most influential scientific and technological visionaries, along with their drugs of choice.

To Freud, cocaine was more than a personal indulgence; he regarded it as a veritable wonder drug, and for many years was a huge proponent of its use in a wide array of applications. In a letter written to his fianceé, Martha, Freud wrote: “If all goes well, I will write an essay [on cocaine] and I expect it will win its place in therapeutics by the side of morphine and superior to it … I take very small doses of it regularly against depression and against indigestion and with the most brilliant of success.”

Freud published such a review, titled “Uber Coca” in 1884. Interestingly, Freud’s paper was one of the first to propose drug substitution as a therapeutic treatment for addiction. While replacing morphine with cocaine is something we now know to be counterproductive to recovery, the concept of substitution therapies persists to this day. (For a great overview of Freud’s relationship with cocaine, check out this post by Scicurious.)

Francis Crick — of the DNA-structure discovering Watson, Crick and Franklin — reportedly told numerous friends and colleagues about his LSD experimentation during the time he spent working to determine the molecular structure that houses all life’s information.

In fact, in a 2004 interview, Gerrod Harker recalls talking with Dick Kemp — a close friend of Crick’s — about LSD use among Cambridge academics, and tells the Daily Mail that the University’s researchers often used LSD in small amounts as “a thinking tool.” Evidently, Crick at one point told Kemp that he had actually “perceived the double-helix shape while on LSD.”

In 1863, French chemist Angelo Mariani invented “Vin Mariani,” a Bordeaux wine treated with coca leaves, the active ingredient of which is none other than cocaine. The ethanol content in the Bordeaux could extract cocaine from the coca leaves in concentrations exceeding 7 mg per fluid ounce of wine. Thomas Edison — the prolific American inventor and notorious insomniac (though perhaps not surprisingly) — was one of many people of the period known to regularly consume the cocaine-laced elixir.

Paul Erdös — well known for his hyperactivity; his habit of working 19-hour days, even well into his old age; and his tendency to show up on his colleagues’ doorsteps demanding they ”open their minds” to mathematical dialogue — was one of the most prolific mathematicians who ever lived, publishing more peer-reviewed papers than any other mathematician in history.

His secret? According to him, amphetamines. Included here is an excerpt from a book published in 1998 by Erdös’ de facto biographer, science writer Paul Hoffman, which explains Erdös’ proclivity for amphetamine use:

Like all of Erdös’s friends, [fellow mathematician Ronald Graham] was concerned about his drug-taking. In 1979, Graham bet Erdös $500 that he couldn’t stop taking amphetamines for a month. Erdös accepted the challenge, and went cold turkey for thirty days. After Graham paid up — and wrote the $500 off as a business expense — Erdös said, “You’ve showed me I’m not an addict. But I didn’t get any work done. I’d get up in the morning and stare at a blank piece of paper. I’d have no ideas, just like an ordinary person. You’ve set mathematics back a month.” He promptly resumed taking pills, and mathematics was the better for it.

LSD was a big deal for Steve Jobs. How big? Evidently, Jobs believed that experimenting with LSD in the 1960s was “one of the two or three most important things he had done in his life.” What’s more, he felt that there were parts of him that the people he knew and worked with could not understand, simply because they hadn’t had a go at psychedelics. This latter sentiment also comes through in his recently published biography, wherein Jobs goes so far as to associate what he interpreted as Bill Gates’ dearth of imagination with a lack of psychedelic experimentation:

“Bill is basically unimaginative and has never invented anything, which is why I think he’s more comfortable now in philanthropy than technology. He just shamelessly ripped off other people’s ideas.”

“He’d be a broader guy,” Jobs says about Gates, “if he had dropped acid once or gone off to an ashram when he was younger.”

Which is funny, because Bill Gates totally did experiment with LSD, though an excerpt from a 1994 interview with Playboy reveals he was much less open about it than Jobs:

PLAYBOY: Ever take LSD?
GATES: My errant youth ended a long time ago.
PLAYBOY: What does that mean?
GATES: That means there were things I did under the age of 25 that I ended up not doing subsequently.
PLAYBOY: One LSD story involved you staring at a table and thinking the corner was going to plunge into your eye.
GATES: [Smiles]
PLAYBOY: Ah, a glimmer of recognition.
GATES: That was on the other side of that boundary. The young mind can deal with certain kinds of gooping around that I don’t think at this age I could. I don’t think you’re as capable of handling lack of sleep or whatever challenges you throw at your body as you get older. However, I never missed a day of work.

Neurocientist John C. Lilly was a pioneer in the field of electronic brain stimulation. He was the first person to map pain and pleasure pathways in the brain; founded an entire branch of science exploring interspecies communication between humans, dolphins and whales; invented the world’s first sensory deprivation changer; and conducted extensive personal experimentation with mind-altering drugs like LSD and ketamine.

Feynman was always careful about drug use, for fear of what it might do to his brain — giving up alcohol, for example, when he began to exhibit symptoms of addiction. In “Surely You’re Joking, Mr. Feynman!,” he writes, ”You see, I get such fun out of thinking that I don’t want to destroy this most pleasant machine that makes life such a big kick. It’s the same reason that, later on, I was reluctant to try experiments with LSD in spite of my curiosity about hallucinations.”

Nevertheless, Feynman’s curiosity got the best of him when he became acquainted with none other than John C. Lilly and his sensory deprivation tanks. Feynman experimented briefly with LSD, ketamine and marijuana, which he used to bring on isolation-induced hallucinations more quickly than he could when sober.

Who, you may be asking, is Kary Mullis? Let’s put it this way: If you’ve worked in a biomedical research lab since the 1980s, there is an exceedingly good chance you’ve performed a polymerase chain reaction (aka PCR, the lab technique that can turn a single segment of DNA into millions of identical copies), or are at least familiar with it. You have Mullis to thank for that. While Mullis didn’t invent the PCR technique, per se, he improved upon it so significantly as to revolutionize the field of biomedical research, securing himself a Nobel Prize in chemistry in the process.

The secret to Mullis’ breakthrough? In a September 1994 issue of California Monthly, Mullis says that he “took plenty of LSD” In the ’60s and ’70s, going so far as to call his “mind-opening” experimentation with psychedelics “much more important than any courses [he] ever took.” A few years later, in an interview for BBC’s Psychedelic Science documentary, Mullis mused aloud: “What if I had not taken LSD ever; would I have still invented PCR?” To which he replied, “I don’t know. I doubt it. I seriously doubt it.”

Preeminent astrophysicist and cosmologist Carl Sagan not only smoked marijuana regularly, but he was also a strong advocate for its use in enhancing intellectual pursuits — though not as publicly as others on this list. Having said that, Sagan did contribute an essay to the 1971 book titled “Marijuana Reconsidered” that spoke to the virtues of marijuana use. The piece was penned under the assumed name “Mr. X.” The identity of its true author was only revealed after Sagan’s death.