Other, Psychedelics, Self Actualization, Spirituality 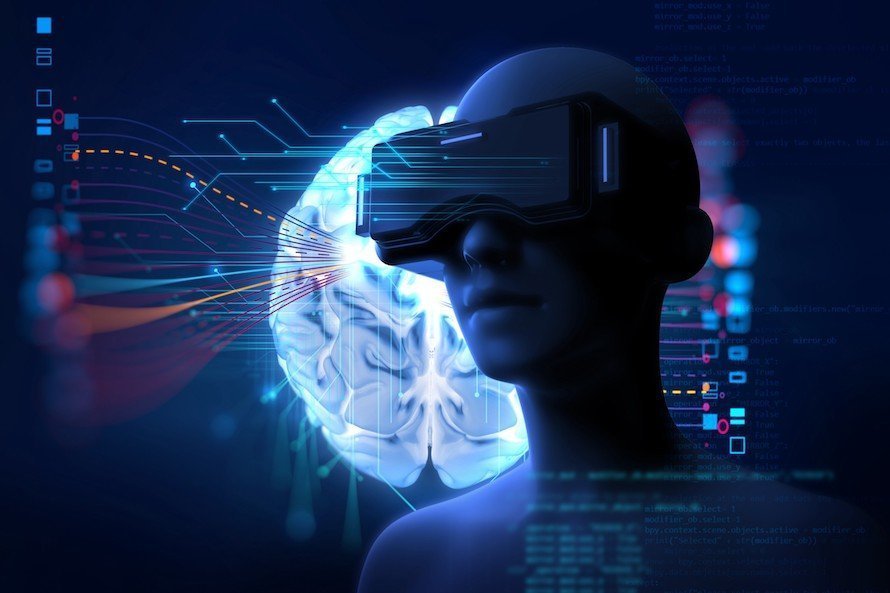 [vc_row][vc_column][vc_column_text]In these accelerated evolutionary times that we live in, we find ourselves adrift in the flow of unprecedented change. Birthing a new age of cosmic consciousness and a deep knowing of oneness of all creation. A Neo Human is emergent within each one of us, an evolved psychedelic thinker tuned into the Gaian Mind … the Noosphere consciously co-creating a new earth through loving intent.

What I am not going to discuss today is how you get into entheospace. There are many ways. Some people use chemicals. Others use plants. Some people enter entheospace “on the natch” by means of deep meditation practices, and others are skilled enough to use trance dance or yoga to launch their minds into the alternate state of consciousness where psychedelic thinking can begin.

Here is an excerpt from a transcript of the podcast…

I recently heard the Governor of New Mexico, Gary Johnson, define insanity as doing the same thing over and over while continuing to expect different results each time. According to that definition, it seems fair to say that our entire species is borderline insane. The cause of such self-destructive behavior can often be traced to our inability to see the larger picture. Our species sometimes acts as if it exists in the two-dimensional world of Flatland. As you recall the story, everyone in Flatland is a two-dimensional being. When they were visited by a three-dimensional sphere, what the Flatlanders saw was a circle that had the ability to change its diameter as it moved up and down within the constraints of Flatland’s two dimensions. It wasn’t until the Flatlanders were lifted to the higher third dimension that they could fully comprehend the reality in which they lived.

By altering our normal state of consciousness and moving to the higher dimension of entheospace we see how interconnected we are. It is this higher state of consciousness that brings us to the clear realization that our personal concerns are intimately entwined with the fate of the planet and of our species. It is in this dimension, where psychedelic thinking is considered baseline, that we will eventually uncover the truth about our existence and our reason for being. It is also from this higher dimension that we can begin the process of integrating psychedelic thinking into our daily lives. Psychedelic thinking is what brought all of us together this weekend. As the subtitle of the conference makes clear, we have come here to investigate further perspectives on altered states of consciousness. In essence, we have come together this weekend because we are explorers of consciousness, making our way through seas of insanity, searching for new ways of being.[/vc_column_text][vc_empty_space][vc_video link=”http://vimeo.com/26319794″ align=”center”][vc_empty_space][vc_column_text]The writer, Henry James, once said, “The most profound discovery of my generation is that, by changing one’s thinking, one can change one’s life.” Those words lie at the core of psychedelic thinking, for a psychedelic thinker is intimately aware of the unlimited power of the human mind. As psychedelic thinkers we are not only more fully conscious than others, we also are people of action. We are the people who travel deep into entheospace and return with a renewed commitment to live more sustainably and peacefully on this planet.

Every child born into this world arrives as a full fledged psychedelic thinker. A rare few, like the current Dalai Lama, never lose this perspective. For most of us, however, the universal consciousness with which we began life on Earth is gradually narrowed and boxed in until our view of existence conforms to that of our parents, teachers, friends, and family. By the time we have completed the first few years of schooling we are no longer creatures of the cosmos. We have become creatures of our culture, and psychedelic thinking has faded into the dim recesses of our minds. It is extremely difficult to break out of the mental prisons that are imposed upon us, largely as a result of the family into which we chose to incarnate. The reason we see so few adult psychedelic thinkers today is that the first step in restoring our cosmic identity is to ask a very difficult question. That question is, “Why do you believe what you believe?” Until you are able to understand why you believe a certain proposition, you are working in the dark.

Have you ever noticed how young children begin most of their sentences with the word “why?” “Why is the sky blue? Why are we going to church? Why do I have to go to school?” “Why, why, why” we hear until even the best parents one day lose their patience and say, “Because I said so, that’s why.” At that moment, the child’s cosmic world of psychedelic thinking begins to grow smaller.

Culture has reared its ugly head, and another young human mind has learned that the best way to get along is to go along with the herd. Thus begins the process of applying mental filters on our thinking until it becomes second nature to believe that all of the answers lie outside of ourselves, and these answers, of course, are all carefully guarded by the keepers of our culture. Trust in personal experience eventually gives way to trust in the culture. Had only one human culture evolved on Earth, this survival strategy might have worked, but such is not the case.

Today we find ourselves awash in conflicting cultures. There are religious fundamentalist cultures that believe they are serving a higher purpose by destroying two-thousand-year-old works of art, which were created by believers in a competing religion. There are survivalist cultures that hoard supplies in preparation for Armageddon. We have spiritual cultures that attempt to rise above the trials and tribulations of earthly existence. And we have multinational corporate cultures that seek to control our minds by forcing us to submit to drug testing as a condition of employment. All of these cultures share a common element. They place someone else’s belief above your own personal experience.

This brings us face to face with one of the most fundamental aspects of psychedelic thinking. Psychedelic thinkers place their own experience above someone else’s beliefs. I once heard someone say, “Claim no knowledge for what you have not experienced.” What a different world this would be if we all followed that admonition. Most of us, myself included, are happy to give others our opinions on a wide range of issues about which we have little personal experience. No wonder our public debates over environmental issues are so chaotic. For example, those who hold the reins of power in Washington today believe that CO2 is not a pollutant. From my perspective, this seems akin to the Reagan administration’s classifying catsup as a vegetable.

Like any state-supported fable, they both contain elements of reality. How then are you to gain the personal experience necessary to form an opinion about these issues without first signing on to the beliefs of one group of scientists over another? For those of you who are familiar with the realm of entheospace, the answer to that question is very simple. To gain the personal experience necessary to come to an understanding of sound ecological practices you only need to enter entheospace with an open mind.

Although seldom commented on in detail, it is becoming obvious that psychedelic substances often transform their users into more ecologically aware people. If you share my view that by entering entheospace you also gain the ability to enter into full Gaian awareness, this greening of psychedelic users is understandable. Of course, I am also aware that it is impossible to convince an oil company scientist to change his or her opinion about global warming with information someone discovered in entheospace. It just isn’t that simple.

My guess is that the majority of people in this audience know what it means to be in entheospace. If so, you will also understand what Tony Rich meant last year at the ayahuasca conference when he said, “We do know what we know.” Make no mistake about it, what we call altered states of consciousness are every bit as real and substantial as the consensus reality we are now experiencing in this auditorium. While in deep entheospace, there is seldom any doubt about what we know to be true, and this knowledge comes from the deepest levels of our being. The problem psychedelic thinkers face when returning from an altered state is how to translate this unspeakable knowledge into words and actions that will be understood by others.

Most of us have been in these interesting conversations where someone will say, “I can’t put words to it, but I can assure you that for an instant I truly understood it all.” And whenever someone in the tribe says that, we know exactly what they are talking about. This is where I see the first light of psychedelic thinking. It begins during that wonderful time in deep entheospace when you absolutely know the truth. From that first little spark can come a great flame. Whether or not you choose to nourish that flame is a decision that can determine your destiny. In times like these, however, your personal destiny may be more closely related to our species-destiny than at any other moment in human history. In addition to everything else that is going on right now, our culture has also begun an evolutionary transformation.

The war on drugs is not a war on substances; it’s a war on states of mind. Entheogens(8) are not illegal because a loving government is concerned that you’re going to hurt yourself by smoking pot or tripping in your bedroom. Entheogens are illegal because they make you question authority. They break down socially constructed fables and cleanse the doors of perception. They make you question the wrongs of society in a fundamental way, making you dangerous. You’re like Neo in The Matrix when all of the illusions of reality have been irrevocably stripped away.[/vc_column_text][/vc_column][/vc_row]