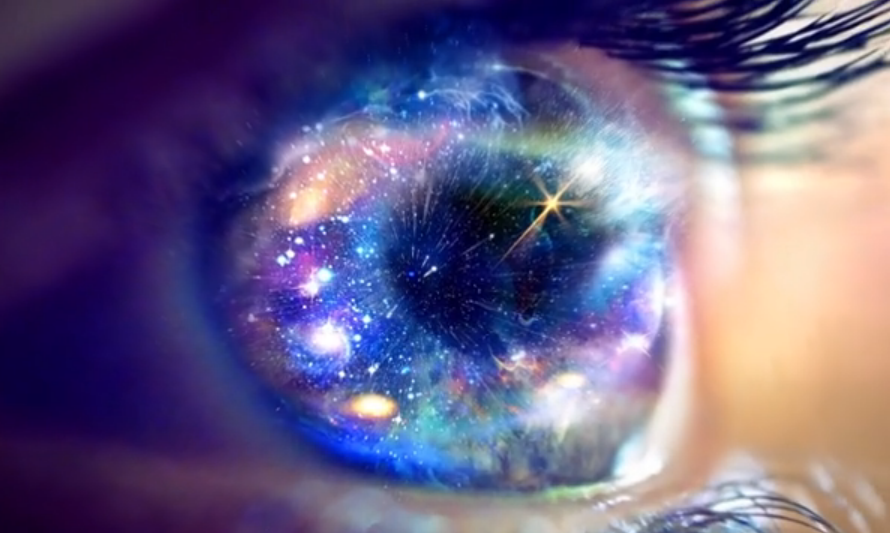 Entheogenic Education: Psychedelics as Tools of Wonder and Awe

Is it too much to hope that a system of education may someday be devised, which shall give results, in terms of human development, commensurate with the time, money, energy and devotion expended? In such a system of education, it may be that mescaline or some other chemical substance may play a part by making it possible for young people to “taste and see” what they have learned about at second hand…in the writings of the religious, or the works of poets, painters and musicians. – Aldous Huxley (Horowitz & Palmer, 1999)

British novelist and philosopher Aldous Huxley’s suggestion that a psychedelic substance such as mescaline may produce valuable learning experiences is a nicely articulated example of the concept of entheogenic education. Before Huxley’s expression of it, this idea was most clearly evident in the metaphor of “plant teachers” found in traditional indigenous knowledge and cultural practices involving psychoactive plants or preparations. Later, in some 1950s and 1960s psychedelic research, cognitive enhancement with substances such as LSD, mescaline and psilocybin was considered a promising avenue of inquiry. However, the educational potential of psychedelic or entheogenic substance use remains an area of study that has yet to be adequately explored.

Today, while the renaissance of psychedelic studies in the 21st century is largely focused on the assorted medical or therapeutic possibilities for these plants and substances, it behoves us not to overlook the broader non-medical potential they may have for learning and cognition. In what follows, I briefly summarize some of the historical and cross-cultural foundations of entheogenic education and explore how psychedelic substances—used in careful ways and supportive contexts—might fill a gap in the learning outcomes and psychosocial effects of modern school-based education, in particular fostering the emotions of wonder and awe and their relationship to creativity, life meaning, and purpose.

The Origins of Entheogenic Education

The notion that some psychoactive plants can help humans learn important things about the cosmos and their place in it is a belief held by many different cultures. At the roots of modern Western culture, for example, the Indo-Aryan Vedic scriptures make abundant reference to the spiritual or mystical importance of a plant or fungus known as soma. Referred to in both cosmic and biological metaphorical terms, partaking of soma was venerated as the highest form of spiritual understanding one could achieve, a prime example of entheogenic learning (Wasson, 1968).

Likewise, the ancient Greek mystery religion of Eleusis culminated in the ritual consumption of kykeon, surmised to be some kind of psychoactive preparation that could reliably induce mystical states of consciousness and a kind of learning that was celebrated among all classes of Athenian society (Wasson, Hofmann, & Ruck, 1978). Even within the Judeo-Christian tradition, the Semitic origin myth recounted in the book of Genesis allegorically suggests an instance of entheogenic learning, whereby eating the fruit of the tree of knowledge inspired human self-consciousness and divine awakenings.

In the Americas, there have been more enduring examples of entheogenic educational practices, some of which managed to survive into the modern era despite repression by Euroamerican colonial religious and government authorities. For example, the traditional Mazatec uses of psilocybin mushrooms were continued by people like curandera Maria Sabina, who said of early encounters with her “little children” (a phrase she used to refer to the mushrooms): “I felt that they spoke to me. After eating them I heard voices. Voices that came from another world. It was like the voice of a father who gives advice… Sometime later I knew that the mushrooms were like God. That they gave wisdom” (Estrada, 1981, pp. 39–40). Similar educational value has been accorded to the peyote cactus, as a Mexican indigenous Huichol person relates: “Peyote is for learning; those with strong hearts will receive messages from the gods” (Shaefer, 1996, p. 165).

Among Amazonian indigenous and mestizo peoples, the visionary entheogenic brew ayahuasca has long been esteemed as a plant teacher (Luna, 1984), a categorical testimony to the educational value of its psychoactive effects. Mestre Irineu, the spiritual founder of the Brazilian ayahuasca religion Santo Daime, in his early formative experiences reportedly “learned that the daime [i.e., ayahuasca], besides being a visionary drink, also had special healing powers and that it contained um professor, a teacher, capable of revealing secrets about the spiritual world” (Schmidt, 2007, p. 52). From a more academic perspective, cognitive psychologist Benny Shanon notably proffers a “schooling” metaphor for the sustained practice of ayahuasca drinking and reports that he has heard the same characterization of a sense of systematized learning from other experienced ayahuasca drinkers (Shanon, 2002, pp. 301–3).

Claims of mind expansion, cognitive enhancement, and creative insights among modern psychedelic researchers and enthusiasts further support the concept of entheogenic education. Perhaps most famously, Timothy Leary (1968) advocated the benefits of LSD and other psychedelics for mind-expansion and the democratization of mystical experience. However, cognitive, creative, and spiritual development were significant themes in the academic work of many early psychedelic researchers and aficionados in the 1950s and 1960s (Walsh & Grob, 2005). More recently, others—including scientists, artists, musicians and business leaders—have likewise attributed some of their most important intellectual and creative insights to their uses of entheogens or psychedelics (Mullis, 1998; Isaacson, 2011; Markoff, 2005).

More explicitly in the field of education, teacher and education researcher Ignacio Götz argued in his 1972 book The Psychedelic Teacher that students would be better served by teachers who adopt a personal approach to knowing and learning that embraces mystical or “psychedelic” states of consciousness. Emeritus professor of education Thomas Roberts (2006)has argued that conventional cognitive science and education largely fail to recognize that the human “mind-body” (his term for states of consciousness) is capable of a diversity of valences and that entheogens are an important means producing non-ordinary states of consciousness, by which creative, intellectual, or spiritual development may be stimulated. The ritual use of psychoactive substances for learning and developmental purposes was explored in an earlier special edition of the MAPS Bulletin (2004), titled “Rites of Passage: Kids and Psychedelics.”

The renaissance of academic interest in psychedelics in the early 21st century has already generated intriguing new empirical evidence about these substances and their potential benefits for learning and psychosocial flourishing. For example, researchers at Johns Hopkins University have corroborated earlier scientific findings that psilocybin administered in a clinical setting can produce mystical-type experiences that have substantial and sustained personal meaning and spiritual significance (Griffiths, et al., 2008). They also found that the psilocybin-induced mystical experience produced a greater degree of openness in adults, which can, in turn, correlate with changes in behaviours, attitudes, and values, an unusual psychological phenomenon to see in older people. Similarly, research on healthy people who drink ayahuasca in ritual contexts suggests that spiritual insights, changed worldviews, and a new more positive orientation towards life are not uncommon outcomes (Bouso, et al., 2012; Grob, et al., 1996; Halpern, et al., 2008). These phenomena help account for not only the medicinal or healing properties of psychedelics, but also their possible spiritual, cognitive enhancement, or educational value.

To explain how and why entheogenic or psychedelic experiences can be educational ones, and to advance a program of further research in this area, the development of a coherent theoretical framework for entheogenic education is required. My own scholarly effort in this area has been to adapt ideas from contemporary educational and psychological theorists whose work, while not explicitly about psychedelics, can help support an explanatory account of entheogenic education. For example, Howard Gardner’s theory of multiple intelligences criticized conventional ideas about intelligence, which focus largely on mathematical and linguistic kinds, and alternatively proposed a variety of others (1983), later including what he described as “existential intelligence” (1999). While Gardner has himself expressed ambivalence about existential intelligence, I have argued that conceiving of psychedelic plants or substances as cognitive tools helps both to strengthen the case for its validity and to illuminate the potential educational benefits of entheogenic substance use (2002). I have also drawn on the education theories of Kieran Egan (1997), and philosophical ideas of Richard Shusterman (2008), to argue that the circumspect use of entheogens can be understood as the deployment of cognitive tools to catalyze what Egan describes as primordial types of understanding, the (pre-linguistic) somatic and the (pre-literate) mythic (Tupper, 2003). In my Ph.D. dissertation in Educational Studies at the University of British Columbia, the final chapter further developed some of the conceptual foundations for understanding the education potential of entheogens such as ayahuasca (2011).

Wonder and Awe in Entheogenic Education

The potential value of entheogens in the domain of education can be further elucidated by considering how experiences of wonder and awe—phenomenological markers of both mystical and psychedelic experiences—are neglected in the cultural institution of modern schooling. Although historically underappreciated in psychological research, the emotions of wonder and awe may be crucial components of moral, spiritual, and aesthetic domains of human cognition (Keltner & Haidt, 2003). For example, Robert Fuller (2006, p. 157) asserts that wonder:

is characterized by its rare ability to elicit prolonged engagement with life. Experiences of wonder succeed in motivating creative and constructive approaches to life by imbuing the surrounding world with an alluring lustre. Experiences of wonder enable us to view the world independent of its relationships to our immediate needs.

In his earlier work on imagination and education, Egan (1992) argues that experiences of wonder and awe are essential to stimulating imagination and cultivating a meaningful life, that one’s creativity, educational development, and self-actualization are impoverished without them. Environmental educator David Orr (1994, p. 23) concurs, suggesting that “[a]s our sense of wonder in nature diminishes, so too does our sense of the sacred, our pleasure in the created world, and the impulse behind a great deal of our best thinking.” And psychologist Martin Seligman (2011) suggests that late modern materialist consumerism may be linked to a growing lack of existential meaning and psychological flourishing among American youth.

Deriving meaning, purpose, and satisfaction from life must be considered among the highest goals of human existence, and as Keichi Takaya (2014, p. 99) argues, “keeping the ability to feel wonder itself ought to be an important part of the purpose of education.” However, contemporary school-based education—and the broader socio-economic environment in which it is situated—does very little explicitly to foster such outcomes. As an institution rooted in the 19th century political and military ambitions of nation-states (Ramirez & Boli, 1987), the modern school today remains heavily invested in structures, processes and programs that tend to sustain a long-standing antipathy to wonder and awe in modern Western culture (Egan, 1997; Daston & Park, 1998). This, in part, may be what Aldous Huxley was referring to in the introductory quotation lamenting what schools deliver in terms of existential meaning (Horowitz & Palmer, 1999), and what inspired him to explore the idea of entheogenic education—through a description of the use of a psychoactive mushroom used in rites of passage into adulthood in the fictional society of Pala—in his final novel, Island (1962).

The educational value of entheogens and psychedelics may be their capacity—when used respectfully and circumspectly—to reliably evoke experiences of wonder and awe, to stimulate transcendental or mystical experiences, and to catalyze a sense of life meaning or purpose. The careful and elaborate ritual traditions of various indigenous entheogenic practices with plant teachers have long betokened how entheogenic education can be realized in practice. Most notably, such traditions typically emphasize the importance of context and intention, with stringent protocols for who may participate, what kind and how much of a psychedelic substance they take, and under what circumstances the experience occurs. Deploying these kinds of powerful cognitive tools for educational purposes in the 21st century will require equivalent care and attention to implementing these kinds of proto-harm reduction conventions. Exploring and extending the possibilities of entheogenic education may be an important way for humans to adapt, flourish, and psychologically thrive even as we face unprecedented challenges—such as ecological limits to growth—in the not-too-distant future.