Here’s 10 of the Greatest Psychedelic Movies of All Time 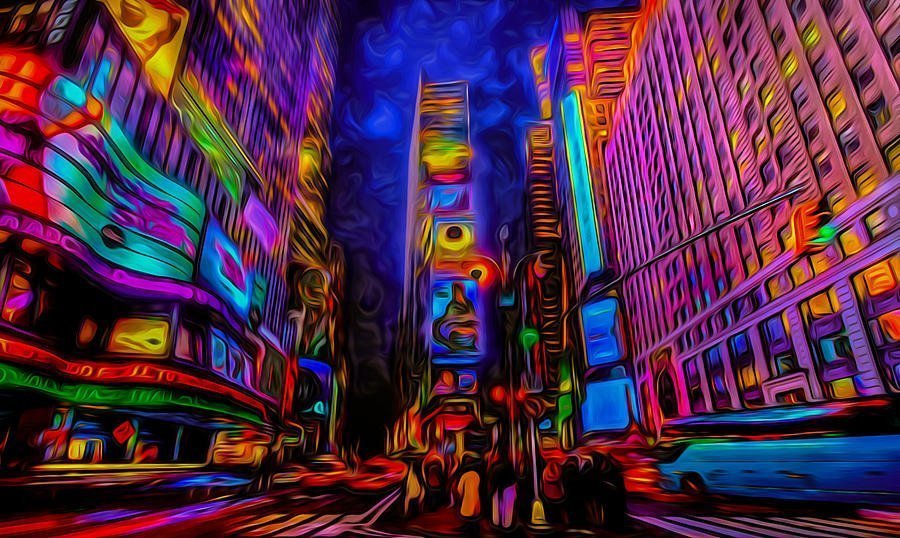 The great French cinema publication Cahier du Cinéma has declared November their month of psychedelic cinema. In celebration, they’ve been uploading clips from their list of classic psychedelic films to their Facebook page.

Don’t let the monochrome turn you off. Fritz Lang’s science fiction classic of the German Expression period is a proto-psychedelic epic. Metropolis‘s influence on science fiction film and literature cannot be stated enough. Lang’s vision of a dystopian urban society predicted the cyberpunk aesthetic by about 60 years. The questions that the film raises about social class, technology, and the self provide the psychedelic mind with food for thought and its stunning visuals lend a feast for the eyes.

Honourable Mention: Man With a Movie Camera (Dziga Vertov, 1929). Where German cinema of the 1920s defined the style of the films that followed it, Soviet cinema defined the grammar—how shots are put together to convey meaning. Man With a Movie Camera is an experimental documentary that deconstructs urban life and technology with an innovative camera and editing techniques. Dziga Vertov’s name is Ukranian for “spinning top,” and let that be a testament to this film’s kaleidoscopic portrait of urban life.

Embedded below is the full Metropolis in beautiful HD, with a new electronic score by the New Pollutants.

No list of psychedelic movies would be complete without Stanley Kubrick’s 1968 science fiction masterpiece 2001: A Space Odyssey. The paragon of science fiction cinema, 2001 has been the gold standard against which sci-fi films have been influenced and judged by in the years following its release. Everything from the Star Wars movies to Gravity owes a debt of gratitude to 2001. But what nearly every major sci-fi movie of the last 30 years has missed is the epic scope of 2001. Beginning with the origin of the human species, continuing through our development of artificial intelligence and ending with our contact with higher intelligence, the film is as thought-provoking as it emotionally exalting and visually stunning. From the opening vistas on the African plain to the bizarre sexual interplay between spacecraft, to the notorious Stargate sequence, 2001 offers a visual feast with no end to its bounty. If you live in a metropolitan area with a film revival society make sure to make it to a screening of 2001—it cannot be fully appreciated unless viewed on the big screen.

Honourable Mention: A Clockwork Orange (1971). Kubrick’s follow-up to 2001 is also its dystopic dark side—the realization that hits once the trip is over that we’re still like the monkeys at the beginning of 2001.

Kenneth Anger’s Lucifer Rising made our previous list of great occult movies, and it deserves a place here as well. A visually lush and aurally bizarre journey into the ritual magick of Aleister Crowley, celebrating the dawning of the Age of Aquarius. It was shot on location in Egypt with characters standing in as Isis and Osiris. The film’s psychedelic score was written and recorded in prison by Manson family member Bobby Beausoleil.

In a 1976 interview with Roger Ebert, Anger discussed how he believes magickal states of consciousness relate to the film medium:

“Some movies can be the equivalent of mantras. They cause you to lose track of time and when you become disoriented magical things can happen. Magic causes changes to occur in the universe. You can mix two elements together and get an unexpected result just beyond the edge of what you realize.”

Alejandro Jodorowsky’s cult classic mind fuck The Holy Mountain is a film that rewards multiple viewings. It’s so much more than a psychedelic midnight movie from a bygone era—it’s one of those rare movies that makes less sense to the rational mind after repeated viewings, which might be a sign that its working its magic. Watching this movie is a like a drug trip unto itself.
Honorable Mention: El Topo (1970), Jodorowsky’s hallucinatory revisionist Western.

Blade Runner, Ridley Scott’s adaptation of Philip K. Dick’s 1968 novel Do Androids Dream of Electric Sheep?, arrived just on the cusp of cyberpunk’s explosion as a definitive subgenre of sci fi. The film’s hypnotic visuals of a dystopic future Los Angeles run rampant with corporate hegemony and over-development, as well as its Phildickian questions of what it means to be a sovereign human, make this a perfect film for the psychedelic viewer. The film’s design and themes, and how they interplay, provide enough material for really deep conversations about heavy shit to last a life time. A personal favorites to watch sober or stoned.

Godfrey Reggio’s highly experimental documentary film Koyaanisqatsi is one of the great ecological masterpieces of cinema. Without following a direct narrative or featuring a single spoken line of dialogue, the film uses the power of image and symbol to analyze humankind’s place in the world and intuit the result of ecological misdeeds. Philip Glass’ minimalist score is the perfect match for the film’s hallucinatory cinematography, taking the viewer from untouched natural locations to time-lapse cityscapes. The shots comparing microchips to satellite images of urban street grids is enough to blow the mind of any viewer.

Pretty much anything by Hayao Miyazaki’s Studio Ghibli is great psychedelic fair. Spirited Away is a personal favourite for its depiction of classic Western fairy tale themes (the precocious young girl negotiating her way through a dangerous fantasy world) as interpreted through Japanese mythology.

Richard Linklater followed the formula of his breakthrough film Slacker—a roving camera without any central characters jumps from conversation to conversation—for his 2001 animated film Waking Life. Waking Life contains conversations ranging from the existentialism of Jean-Paul Sartre to the authoritarian police state and the synchronicity of Philip K. Dick, and features an eclectic cast ranging from Linklater’s favorite philosophy professor in college to Alex Jones and Linklater himself. The rotoscoping animation is the cherry on top, adding a tripper’s delight to the already trippy subject matter.

In the early 90s, Rick Strassman, M.D. held what were the first clinical studies of the potent entheogenic substances in over a generation—experimenting with the potent compound DMT on a round of volunteer subjects. These tests became the basis of Strassman’s breakthrough book DMT: The Spirit Molecule. Mitch Schultz’s documentary DMT: The Spirit Molecule takes a look back these groundbreaking studies, interviewing test subjects and Dr. Strassman himself as well as examining the impact that the research has left on the field of psychedelic science.

Honorable Mention: Altered States (Ken Russell, 1980), a sci fi thriller about the dawn of psychedelic science. Russell’s film is a fictionalized account of the isolation tank experiments of John C. Lilly and the the shamanic wanderings of Terence McKenna.

In the video embedded below, volunteer subjects from Strassman’s study relate their experiences with DMT.

Enter the Void is slated to become the standard against which all psychedelic films will be measured for years to come. Gaspar Noe always pushes the envelope of style and taste—what you can do with the camera and what you can show on screen—and with Enter the Void he outdoes all of his previous efforts to shock and awe. Shot as one continuous take through the eyes of the protagonist, the film follows the rather simple narrative of an expat low-level drug dealer living in Tokyo who gets killed after he smokes DMT and has a brief conversation about the Tibetan Book of the Dead. The film then takes the viewer into the Bardo experience of the protagonist as he navigates the afterlife through his confusion and memories—and pieces together a whodunit exposing why he was killed, why he came to Tokyo, and why he was even born in the first place. One of the most visually and emotionally impactful films ever to be made, and one of the greatest cinematic achievements of the 21st century.

What happened to Fear and Loathing in Las Vegas?! Let us know what your favourite psychedelic movies are in the comments.