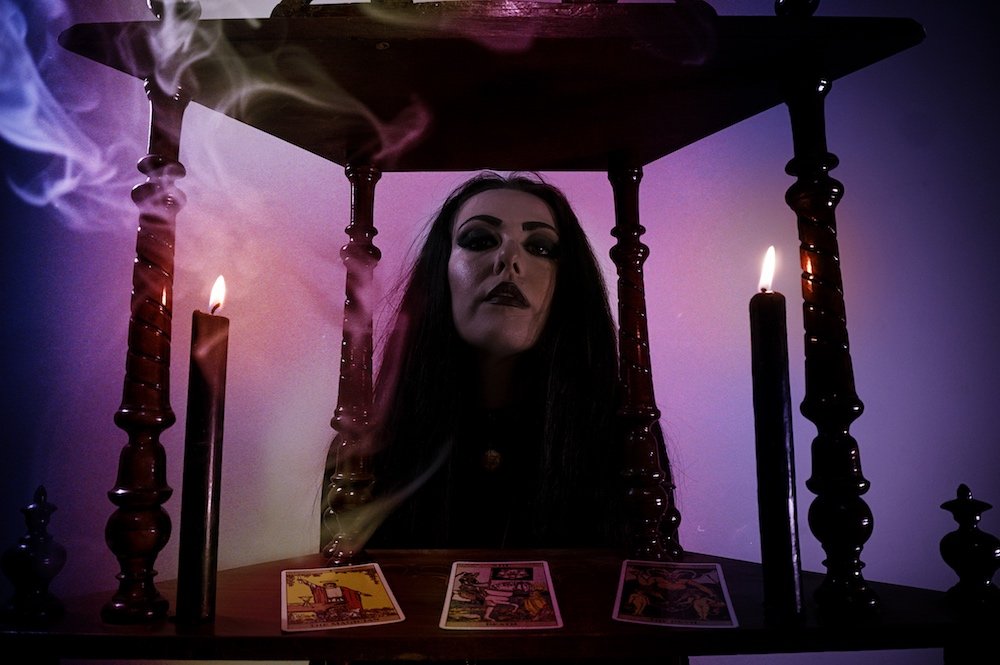 [vc_row][vc_column][vc_column_text]Have you gained insights into the nature of reality from the use of psychedelic substances? Do you spend long hours listening to the bottomless well of Terence McKenna archives on YouTube? Do you know what words like “hermeticism” and “entheogen” mean? Then you might be part of a new religious movement dubbed “entheogenic esotericism.”

According to academic Wouter Jacobus Hanegraaff, “entheogenic esotericism” is what happens when psychedelic drugs meet with Hermetic philosophy; Hanegraaff coined the term to describe a new religious movement that has been growing in prominence in Western societies for the last half a century. Hanegraaff, who is a professor of Hermetic Philosophy at the University of Amsterdam, defines entheogenic esotericism as “the religious use of psychoactive substances as means of access to spiritual insights about the true nature of reality.” (Check out Hanegraaff presenting on Entheogenic Esotericism below.)[/vc_column_text][vc_empty_space][/vc_column][/vc_row][vc_row][vc_column width=”1/6″][/vc_column][vc_column width=”2/3″][mgl_tubelab_video template=”plain” display=”title,meta” size=”high” video_id=”LrIMjjPg7uU”][vc_empty_space][/vc_column][vc_column width=”1/6″][/vc_column][/vc_row][vc_row][vc_column][vc_column_text]A group of ethnobotanists and scholars of mythology coined the word entheogen in 1979 in an effort to find an appropriate terminology that acknowledges the ritual use of psychoactive plants in traditional religious context, while avoiding terms like “hallucinogen” or “psychedelic” that had been hijacked by law enforcement and popular culture. A drug is considered entheogenic if it generates “unusual states of consciousness in which those who use them are believe to be ‘filled,’ ‘possessed,’ or ‘inspired’ by some kind of divine entity, presence, or force.”

The criminalization of entheogenic substances, however, did very much to harm the development of a genuine religious movement. As a result, the focus of consciousness expansion moved from drug-induced ecstatic states in the 1960s, toward more focused and drugless methods like meditation in the 1970s. Prohibition made it difficult for authors who discovered valid insights into the nature of reality through the intervention of psychoactive plants and substances to publish their stories, for fear of legal consequence and cultural stigmatization. The majority of authors on the subject were forced to employ “skilled revelation of skilled concealment” to transmit their experiences.

Prohibition hasn’t been the only obstacle faced by entheogens. Deep-rooted prejudices in the Western intellectual tradition have created controversy for entheogens being accepted as a legitimate religious experience. Post-Enlightenment thinking has internalized Protestant dogmas to the point that they are accepted as the way of things, with little reflection on the cultural biases that produce these dogmas. Entheogens became victims of these prejudices because of a belief that religion “implies an attitude in which human beings are dependent on the divine initiative to receive grace or salvation.” This categorizes them as on the animistic fringe of “magical” activity, and outside the bounds of a “truly religious” experience.

Entheogens also face the prejudice that religion is intended to be about “spiritual realities,” and not material ones. Under this presumption, modification of brain activity by chemical means is counterintuitive to religious pursuit, making entheogens little more than sleight-of-mind tricks that cheat the practitioner into believing they experienced a “genuine” religious experience.
Hanegraaff problematizes this position by pointing out that there are no scholarly procedures for distinguishing genuine from fake religion. It’s doubly wrong to ignore the fact that mind and spirit are inseparable from neurological activity. If there were any spiritual experience that didn’t have a neurological counterpart, we would be incapable of having it.

Prohibition and cultural prejudice have done little to prevent the intrepid force of entheogens becoming legitimized. Hanegraaff cites Christopher Partridge’s framing of entheogenic religion within the context of contemporary occulture, which traces three distinct phases of “modern spiritual psychedelic revolution.” The first of these is Albert Hofmann’s discovery of LSD in 1938, through the end of the 1950s, with Aldous Huxley as figurehead. This was followed by Timothy Leary’s psychedelic era from the 1960s through 1976, with the third phase being the development of rave culture beginning in the mid-80s.

We are now hinged on a fourth wave of entheogens, with the influence of cyberculture being central in this era. This wave synthesizes Leary’s psychedelic utopianism of the 60s and the Castenadan neoshamanic tribalism of the 70s to produce a vision of entheogenic religion suitable for 21st century global resurgence. This era does not blindly adopt the hedonistic imperative, nor does it fall into luddite fantasies. It is within this wave that minds like Terence McKenna were able to take sail and gain prominence, and it was in McKenna that the culture surrounding entheogens were synthesized with Hermetic philosophy to produce the religious phenomenon that Hanegraaff has termed “entheogenic esotericism.”

Hanegraaff points to a series of talks given by McKenna at Easlen in the 1990s on the history of Hermetic philosophy as an example of when the concept of “entheogenic esotericism” crystalized. By attempting to introduce his audience to Frances Yates’ Giordano Bruno and the Hermetic Tradition, McKenna in turn discoursed on the “interconnectedness of mind and matter, the notion of microcosmos/macrocosmos, the idea of individual minds being ultimately part of a universal Mind, and the idea of the human mind as the ‘mirror of nature’ (and the reverse).” (Talk attached below.)[/vc_column_text][vc_empty_space][/vc_column][/vc_row][vc_row][vc_column width=”1/6″][/vc_column][vc_column width=”2/3″][mgl_tubelab_video template=”plain” display=”title,meta” size=”high” video_id=”-YNdBpYh1eA”][vc_empty_space][/vc_column][vc_column width=”1/6″][/vc_column][/vc_row][vc_row][vc_column][vc_column_text]In Yates’ narrative of the Hermetic Tradition, McKenna found a system that emphasized personal religious experience and the powers of the imagination, one that promoted a holistic science that saw the world as an organic living whole. It reflected an optimistic perspective that emphasized humanity’s ability to operate on the world to create a “more harmonious, more beautiful” society. This pre-Enlightenment philosophy rejects the creatio ex nihilo doctrine and conceptualizes the world as “co-eternal with God.” We are able to achieve gnosis—direct experiential knowledge of our divine nature through ecstatic states of mind.

While all of this information might be old hat to many a psychonautic veteran, keep in mind that Hanegraaff’s concept of “entheogenic esotericism” presents an opportunity for a detailed anthropological survey of contemporary psychedelic studies to emerge. Such an acceptance holds the potential of breaking up the vestiges of Enlightenment prejudices permeating the academy.
The Western intellectual discourse has been mired in an existential despair for the last half a century. While this stance is an honest reaction to the horrors of the 20th century, its prevalence has alienated us from a genuine spiritual engagement with the world, and thus inhibits us from fully acting to effect positive change. We now stand to see the transmutation of this existential despair into entheogenic esotericism.[/vc_column_text][vc_empty_space][/vc_column][/vc_row]