Psychedemia; Exploring The World Behind The Trip 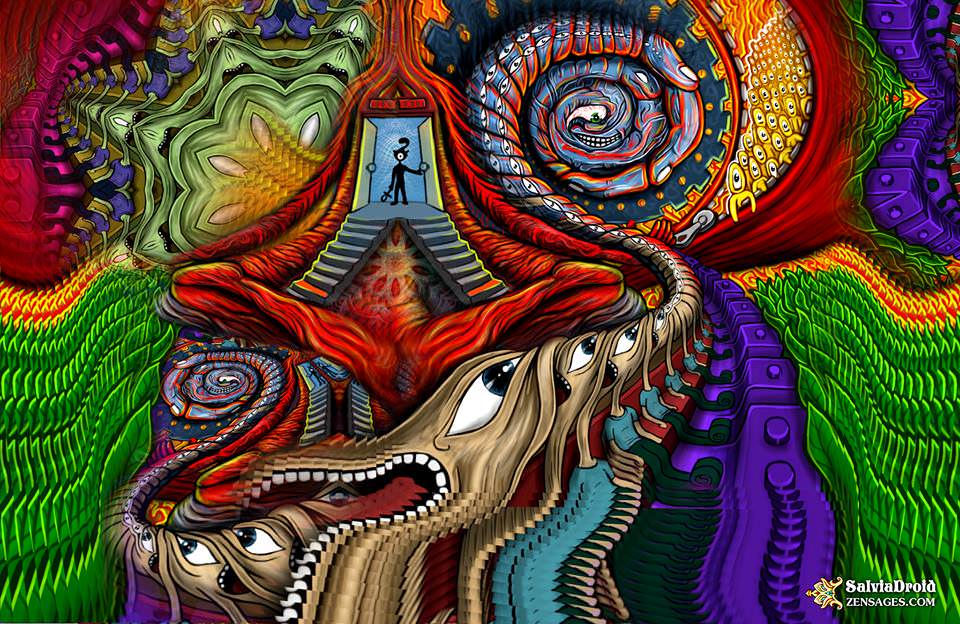 Today a young man on acid realized that all matter is merely energy condensed to a slow vibration. That we are all one consciousness experiencing itself subjectively. There is no such thing as death, life is only a dream and we are the imagination of ourselves. Here’s Tom with the weather – Bill Hicks

[/vc_column_text][vc_empty_space][mgl_tubelab_video template=”plain” display=”title,meta” size=”high” video_id=”qa0nLdVJiIg”][vc_empty_space][vc_column_text]Today I was browsing Facebook and I came across a video about an academic conference on psychedelics, called Psychedemia. This video gives an hour long overview on the subjects which were discussed during the conference. To sum up in their own words:

Psychedemia is an academic conference hosted at the University of Pennsylvania from September 27-30, 2012. This conference will feature university scholars and researchers from across the country in the fields of medicine, psychology, neuroscience, ethics, rhetoric, and anthropology to discuss recent ideas and discoveries in psychedelic studies. Researchers will be brought together with clinicians and professionals in interdisciplinary symposia that will explore an array of culturally-pertinent subjects. Psychedemia

A lot of different speakers are shown in this documentary; the documentary was created to give an overview of the conference which lasted for 4 days. But although you see a lot of short clips, the overall result is very interesting to say the least. The medical, ethical and philosophical implications can be huge, if psychedelics were allowed back into the mainstream. And a lot of questions I have asked myself are raised at the end of the documentary.

Here’s a short summary of what caught my attention.

After a short introduction, ‘our’ psychedelic past – the history of the use of and the research on psychedelics in the west – is examined. Did you know that in the early 50´s and 60´s there was a lot of research on psychedelics? Even the CIA worked with LCD (read more in the book Acid Dreams). In some ten minutes a lot of research is shown with some famous names on the list; to name a few Albert Hoffman, Aldous Huxley, Timothy Leary and (from recent times) Rick Strassman. If you’re not familiar with these names, I suggest you search them if you’re interested in (the research on) psychedelics.

After the short lesson in history, the therapeutic applications are described. There is actually quite a bit of research on the application of psychedelics. This research is done in a controlled and scientific way, while providing a safe environment for the volunteers. Research suggests psychedelics (e.g. psylocibine mushrooms) can be used for relieving anxiety with cancer patients or used to deal with depressions.

The next part is called Primum non nocere which can be translated in ‘first, do no harm’ (Wikipedia). This part focuses on the ethical issue of withholding psychedelics and their potential healing applications from the public. Shouldn’t these psychedelics with this high potential be made available as a medicine? Isn’t a matter of human dignity to start acting honestly with natural substances? Like Lazyboy stated it in a clear and unmistakable way in their song Underwear goes outside the pants: “Why is marihuana not legal? It’s a natural plant that grows in the dirt. You know what’s not natural? Eighty year old dudes with hard-ons. But we’ve got pills for that”

Another topic of interest is the issue of taking tourists to the Amazon for ayahuasca ceremonies. Considering the tourist business, some good questions were asked by one of the attendants of the conference: Should we utilize ayahuasca without using the knowledge, experience and songs of traditional wisdom keepers (Curanderos) from indigenous tribes? Is there danger in taking ayahuasca without the guidance? Is their culture respected and protected? An important question, cause these tribes have world views which differ radically from ours; there is a lot to learn from their ancient knowledge, so we should not throw out the baby with the bathwater.

Art is up next. I think most of you may know the work of Alex Grey, a famous artist who paints vivid imagery which has inspired millions – he worked with the band Tool a lot, take a look at the artwork of Tool’s album Lateralus if you’re interested. Next to Alex Grey, there is a whole culture of psychedelic-inspired art. I like the idea of art as a means of trying to portrait the unspeakable, art as language without words. The main thread is that art is – just as science or religion – a way of expressing what consciousness is like. And I must say I like that point of view. It gives room to bring them all together in one whole, without the need of excluding one part or another.

The final part of the documentary is my favorite. It’s about philosophy. The implications of the use of psychedelics are discussed. What would it mean for human growth and potential, if we’re to start utilizing psychedelics instead of steroids and prescription drugs? It basically asks the same questions Graham Hancock asked in his controversial TED talk [see more here] (thank you TED for all the extra attention you’ve drawn to it, though the reason why is highly questionable). The question is whether the materialistic approach to consciousness is sufficient. Or is mind all and everything? At first psychedelics seem to be purely mind manifested, but if you look at it, it’s actually chemicals which influence the neurosystem of the brain – which is material. So it might be that we’ve been asking the wrong question or at least looking for the answer in the wrong direction. There might actually be no distinction between mind and matter, observer and the observed..

This hour long documentary has made me raise my eyebrows a lot and I can’t wait to see more of the speakers. Those who are just as me interested in more after seeing this and are looking for the full presentations; I’ve got some good news! The channel owner [Zaarc] who uploaded the video has the following to say: “Yes, we will begin regularly releasing the uncut talks and interviews to this channel on May 1st, 2013. “[/vc_column_text][/vc_column][/vc_row]