See The Psychedelic Collaboration Between Salvador Dalí And Disney 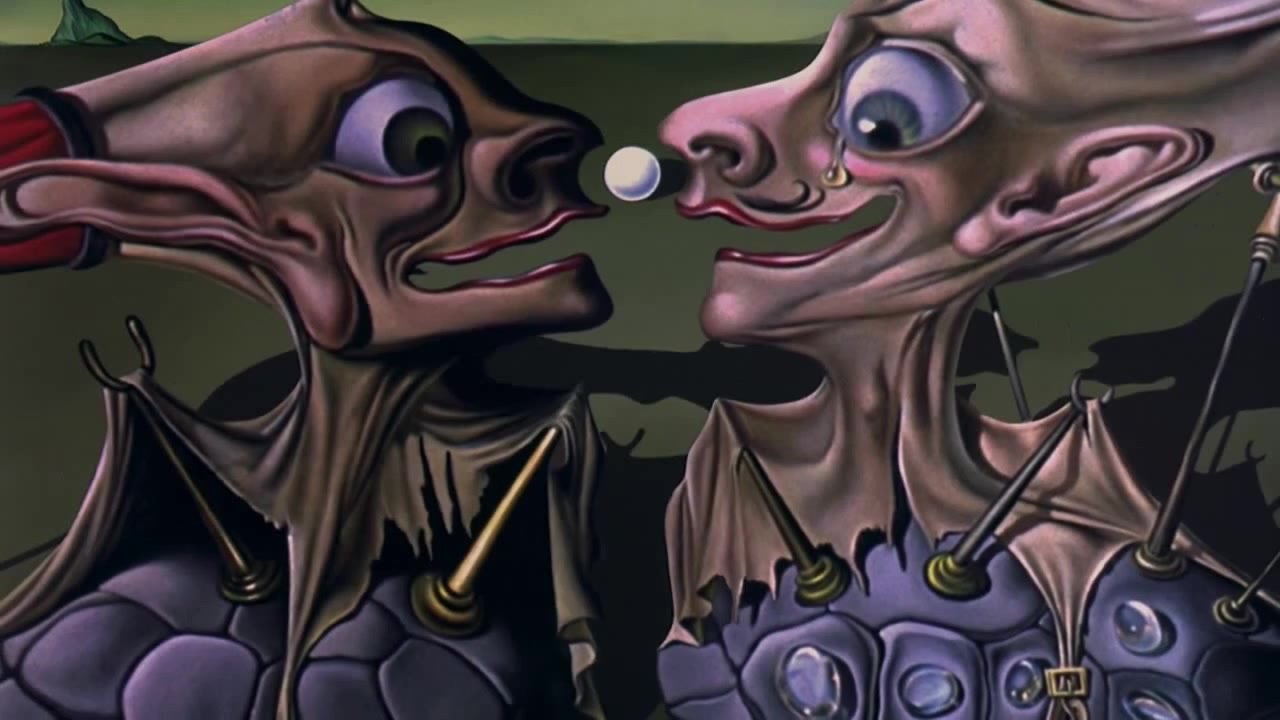 [vc_row][vc_column][vc_column_text]In 1945, Walt Disney and Salvador Dalí teamed up for an animated film which blended Disney’s love for wholesome animation with Salvador Dalí’s love of the fantastic and eccentric.  Although the film was scrapped shortly after it began (the two could never see eye-to-eye), the two remained lifelong friends.

They first kindled their friendship when Disney read Dalí’s autobiography.  He was so smitten by Dalí’s work that he mailed his copy to Dalí asking for an autograph.  The rest, as they say, is history.

The film follows the love story of Chronos and the ill-fated love he has for a mortal woman named Dahlia. The story continues as Dahlia dances through surreal scenery inspired by Dalí’s paintings. The soundtrack includes music by the Mexican composer Armando Dominguez.

Destino (Spanish for destiny) was storyboarded by Disney studio artist John Hench and artist Salvador Dalí for eight months in late 1945 and 1946; however, production ceased not long after. The Walt Disney Company, then Walt Disney Studios, was plagued by financial woes in the World War II era. Hench compiled a short animation test of about 17 seconds in the hopes of rekindling Disney’s interest in the project, but the production was no longer deemed financially viable and put on indefinite hiatus.[/vc_column_text][vc_empty_space][TS_VCSC_Lightbox_Gallery content_images=”7251,7252,7253,7254,7255,7256,7257,7258″ content_style=”Freewall”][/TS_VCSC_Lightbox_Gallery][vc_empty_space][vc_column_text]In 1999, Walt Disney’s nephew Roy E. Disney, while working on Fantasia 2000, unearthed the dormant project and decided to bring it back to life. Disney Studios France, the company’s small Parisian production department, was brought on board to complete the project. The short was produced by Baker Bloodworth and directed by French animator Dominique Monféry in his first directorial role. A team of approximately 25 animators deciphered Dalí and Hench’s cryptic storyboards (with a little help from the journals of Dalí’s wife Gala Dalí and guidance from Hench himself), and finished Destino’s production. The end result is mostly traditional animation, including Hench’s original footage, but it also contains some computer animation.

Even after they abandoned “Destino,” the two original artists remained in touch and even travelled to each other’s homes, trading fishing stories and periodically discussing plans to make a movie based on “Don Quixote.” That dream was never completed. Disney died in 1966. Dali, who was three years younger, died in 1989.[/vc_column_text][vc_empty_space][/vc_column][/vc_row][vc_row][vc_column][mgl_tubelab_video template=”plain” display=”title,meta” size=”high” video_id=”y_TlaxmOKqs”][/vc_column][/vc_row]