Sex With The Shaman 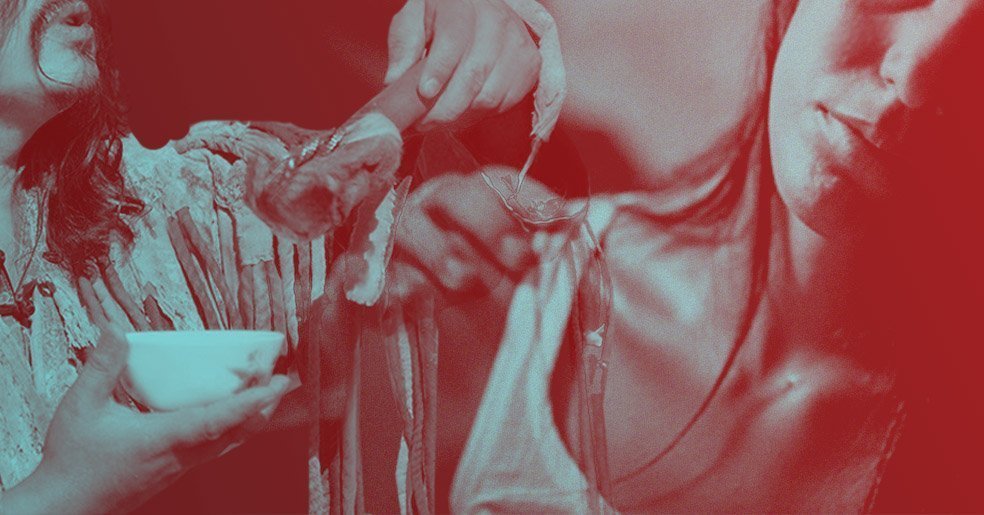 Some time ago, in a discussion group, a woman posted that she had been sexually assaulted by a shaman at an ayahuasca retreat centre in the Upper Amazon. That accusation provoked considerable discussion since the shaman and the retreat centre were well known. The shaman had both defenders and attackers, and the woman’s account of her experience at the centre was both credited and challenged. The shaman emphatically denied the allegation of sexual assault that had been made against him. At the same time, accounts by the shaman’s defenders and by visitors to the centre supported the claim that the shaman had engaged in allegedly consensual sex with many visitors and patients.

During the course of this occasionally heated discussion, I had a conversation with one of the defenders of the shaman and the center, in which I took the position, which I still maintain, that it is unethical for a shaman to have sex with a patient under any circumstances, even when the sex is apparently consensual. At the risk of being repetitious — I apparently felt the need to reiterate my argument several times — I reproduce the relevant portions of my posts below, and I welcome comments and discussion.

Whatever the facts may be of this particular case, I think that it should be obvious beyond cavil that a shaman, especially one giving psychoactive substances to clients, should not, under any circumstances, have sexual contact with those clients. This is especially the case with gringa clients in the Amazon. Here the shaman is in a special position of trust and authority with regard to a client who may well have travelled great distances to be under the shaman’s care; the client is in a remote and unfamiliar environment, far from help and her usual sources of social and economic support; and the client may have experienced significant psychological and physical stress from drinking ayahuasca. Even if the patient appears to welcome the sexual contact, the potential for abuse and exploitation is simply too great, and there can be significant doubt about the genuineness of any purported consent. See, for example, the Code of Conduct of the American Psychological Society, Standards 10.05 through 10.08. For similar reasons, several states have passed criminal statutes prohibiting sex between therapists and patients.

As always, if I am wrong on any of these points, I am sure people will let me know.

There appear to be two different views being expressed here. The first is that it is studly and charismatic for a healer to have sex with his patients, and the other — which I adopt — is that it is cultish and pathetic. As I have said, I have no way of knowing, based on what has been posted here, whether any particular healer is or is not having sex with his patients. At the risk of repeating myself, let me break this down.

When a foreign woman comes to seek healing from a shaman in the Amazon, often from a great distance, the shaman is placed in a special position of trust and authority. The woman is in a remote and unfamiliar environment, far from help and her usual sources of social and economic support. She may be in the midst of crucial personal problems; she may have experienced significant psychological and physical stress from drinking ayahuasca. She is, in short, vulnerable, and even if she appears to welcome a sexual advance, the potential for abuse is simply too great, and there can be considerable doubt about the autonomy of her purported consent.

For a healer to have sex with such a patient is exploitative and contemptible. Since she is vulnerable, exploiting her is in no way evidence of manliness or charisma. It is, instead, evidence of a willingness to take advantage of the susceptible, and thus, in my view, a sign of weakness. It is not generous, it is not kind, it is not courageous, and it is not honourable. It is, simply, not the way a real man behaves.

In each of those cases we have a person in a position of power and authority over another person who may lack the understanding or power to say no — or may believe she lacks the power to say no — and who therefore lacks adequate ability to give free and autonomous consent to sex. Each of those cases is, I think, significantly different from freely consensual adult sex.

Perhaps you think that some or all of these cases are okay. If so, I would very much like to hear your reasons.

I have taken the position that an Amazonian shaman having sex with a patient who is troubled and far from home falls, like the examples above, into the category of nonconsensual or inadequately consensual sex. If you agree that these cases are not okay, then you seem to be saying that it falls instead into the category of consensual sex. I have given detailed reasons for my position, and I would be very interested if you would do the same for yours.

Thank you for your response… But I don’t think you really answered my question. Let me try again. 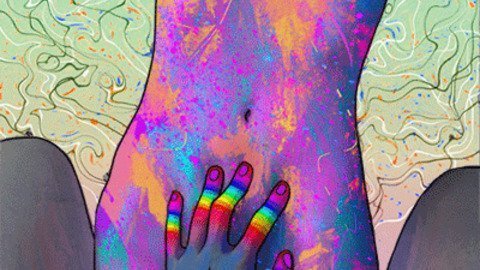 Sex With The Shaman

There are circumstances under which a woman has sex with a person who is in a position of power and authority over her, when she believes she is unable to refuse a sexual advance, when she is emotionally vulnerable, when she fears the consequences of refusal, or when she is undergoing psychological stress and feels dependent on the seemingly powerful authority figure.

If I have misunderstood your agreement so far, please let me know.

The problem, of course, is that the willingness and enthusiasm of any person under such circumstances is open to question. And surely the psychiatrist — or the high-school teacher, or the dissertation advisor, or the shaman — is absolutely the last person in the world in a position to judge whether his sexual advances are being freely and autonomously welcomed or not. That is precisely why there are blanket prohibitions against psychiatrists having sex with patients or teachers having sex with students because the discernment of the psychiatrist or teacher — his ability to distinguish between autonomous and coerced consent — is presumably impaired by his own needs. I think that similar blanket disapproval of all sex between a shaman and a patient is appropriate as well.

I am surprised that you are offended at my taking a moral stand with regard to nonconsensual sex. I also take a moral stand with regard to murder, robbery, battery, and theft — that is, I do indeed push my morals onto murderers, robbers, batterers, and thieves, and I assume you do too. Moreover, I think that we in fact do agree in principle on issues of nonconsensual sex. I think the key line in your response is this: “I don’t believe that [the shaman] is forcing himself on vulnerable women — that is my boundary. Beyond that, it is not my place to judge.” So you and I would both hold blameworthy someone who crossed that boundary and forced himself on vulnerable women.

Where we seem to disagree, of course, is in specifying just what conduct constitutes forcing oneself on a vulnerable woman. I believe that certain power relationships are inherently coercive. You apparently agree, at least with regard to certain instances — a psychiatrist having sex with a patient, say, or a teacher having sex with a student. In neither case need there be physical force for the sex to be non-consensual or inadequately consensual.

And, as I have said, I believe it is reasonable that ethical considerations in such unbalanced power relationships be maintained by blanket prohibitions. It is certainly not the power-bearing person in the unbalanced relationship who should get to decide whether he has too much power, or he is being too insistent, or the woman is not really vulnerable. Presumably, his judgment is compromised by his own need. And I should add that for some sexual predators it is precisely the coercive nature of the sexual advance — the power of psychological manipulation, the exercise of dominance and control — that provides the greatest satisfaction.

Let us say that someone tells me that a particular shaman does not “force himself on vulnerable women” who are his patients. One of the first questions to arise is: How do you know?
One answer might be that the reporter knows because the shaman does not have sex with any of his female patients. Although this answer is not infallible — the shaman may be very clever at concealing his sexual activities — it is still a pretty good one, especially if the reporter has, say, spent several years in close contact with the shaman.

In the absence of such assurances, then I would ask again: How do you know? Does the reporter listen in on private conversations between the shaman and his female patients? Does he peer through the window when the shaman and a female patient are alone together in a hut? Does he conduct extensive clinical interviews with the shaman’s female patients, and does he have the training, experience, and expertise to judge their level of distress and vulnerability?

If not, then I must confess that I would find the reporter’s assurances shallow and unconvincing. And, of course, that is why codes of professional ethics, and rape statutes in many states, seek to enforce the first and more convincing answer.

That is pretty much where the conversation ended, but I can add a few things here. The prohibition against a therapist having sex with a patient goes back to the Hippocratic oath, which states, “Whatever houses I may visit, I will come for the benefit of the sick, remaining free of all intentional injustice, of all mischief and in particular of sexual relations with both female and male persons.” Note that this prohibition is very broad, and includes not only the patient but any member of the patient’s household. I see no reason why any healer, including a shaman, would not, in general, subscribe to the Hippocratic Oath.

States having either civil or criminal laws against a therapist having sex with a patient include California, Colorado, Florida, Georgia, Illinois, Iowa, Maine, Minnesota, New Mexico, North Dakota, South Dakota, and Wisconsin. For example, in Wisconsin, the criminal statute Wis. Stat. § 940.22(2) provides that a therapist having sexual contact with a patient or client is guilty of a felony and may be imprisoned for not more than 5 years and/or fined not more than $10,000 — and it is irrelevant whether the patient purportedly consented.

There are certainly shamans and healers in the Upper Amazon with impeccable reputations for personal integrity, and they are worth the effort to seek out. At the same time, travellers who are interested in drinking ayahuasca among strangers in remote places must not be naive. They should recognize their potential vulnerability and take at least the same precautions they would take if they chose, say, to become intoxicated in a strange and distant city.