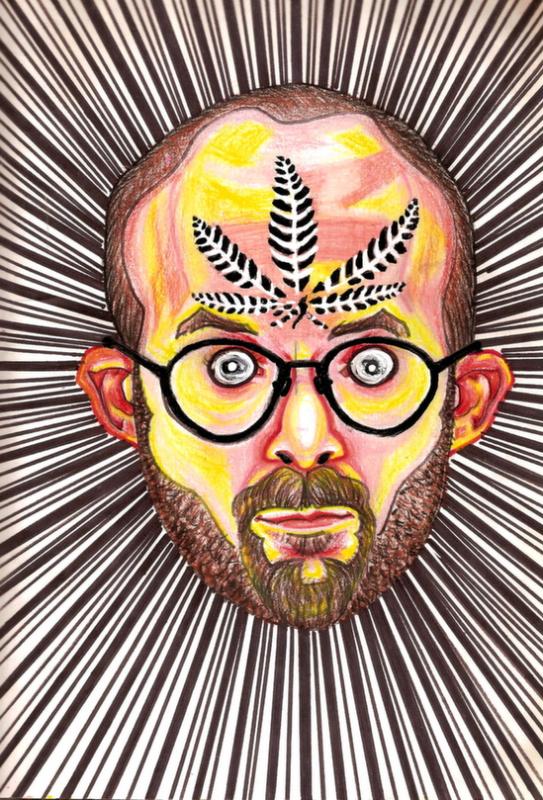 Bryan Lewis Saunders is a Tennessee-based performance artist, poet, and illustrator who has drawn at least one self-portrait every day since March 30, 1995. As of now, he has over 8,700 self-portraits, collected in stacks of hardbound sketchbooks.

As an experiment, for 50 days straight Saunders took a different drug every day before doing his self-portrait. All of the drugs were free, either given to him by junkie neighbours in his rundown, $18-a-month apartment and doctors who see his art and assume he’s psychotic – he can’t decide if he thinks he is or not – or administered to him during brief mental hospital visits. The frequent drug use gave him mild brain damage that was thankfully repairable, and he’s still adding to the collection, albeit with more time in between.

The drawings are personal, varied, and reflect the experience of the intoxicants they’re associated with. Portraits on weed, salvia, and butane honey oil are whimsical, with an almost child-like use of primary colours. More frequently, they reflect anxiety, darkness, and a fracture of self-identity.

In a profile on The Guardian, Saunders says that he hates that people only know him for the drug portraits, so if you like these, consider checking out more of his work on his personal website.