You Do Not exist: A Look Inside Ego Death 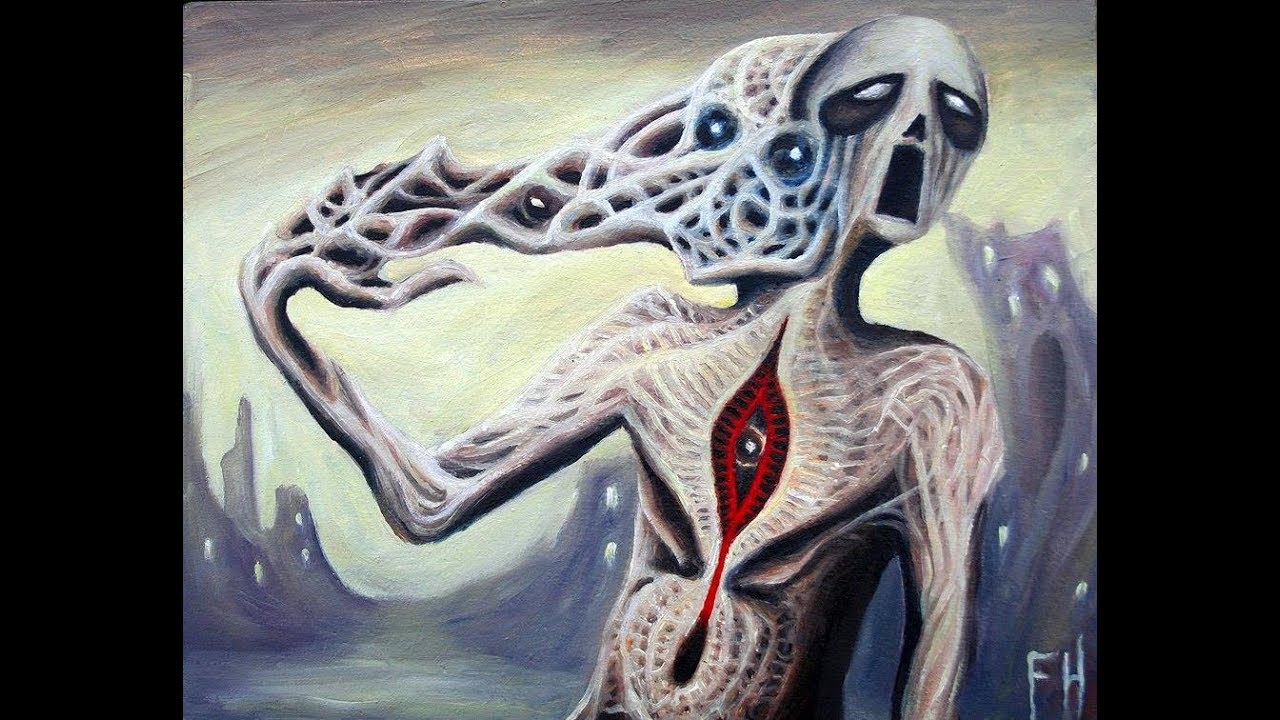 Many of us have heard the controversial expression of ego death. Its utterance in psychedelic circles is as ubiquitous as eggs for breakfast. Yet, many are still distraught with confusion as to what this phenomenon actually entails. Some even doubt its existence entirely and write it off as mere rhetoric. I, on the other hand, like to celebrate the use of this expression, because I believe it points to something meaningful. It would seem that much of the confusion is actually tied to the meaning of the term ego in relation to ego death. What is the ego exactly, and what constitutes its cessation?

We’ve all heard about the idea of someone having a big ego. Well, that’s not at all what we’re talking about here. Ego in the context of ego death points to something much more basic, namely, our persistent sense of self, that abstract aspect of our conscious experience that we compulsively deem as separate from the rest of the world. It’s a mysterious thing, isn’t it? But it’s hard to deny its existence.

So why the confusion regarding the term? Surely, everyone can relate to this ego, as we’re calling it. The problem does not occur when we consider the spectrum of ordinary states of consciousness. The confusion only manifests when we try to speak of a state in which there is no perceived boundary between the self and the environment; the state of ego death.

When we speak of such a state, there is the inherent paradox in linguistically fabricating the observer, who is going through the experience. In other words, people are confused because when we speak of ego death, there is always an observer who is perceiving this so-called loss of boundary between the self and the environment. That observer, people believe, is the ego, still fully intact, and this in their minds is a case against the existence of the ego death phenomenon.

Well, you see where they’re getting confused? That so-called ego that still exists is actually only a product of the language used to describe the experience. People are mistakenly imposing their logical ideas of the observer-observed duality on every memory or hypothetical state of mind that is being verbalized. The actual experience of ego death is far from the words used to describe it and equally far from the ordinary state of mind used to later analyze it, and therefore, such arguments against the validity of the ego death phenomenon fall flat.

So in the end, ego death may stand as a credible expression to describe a socially validated, ineffable experience in which all traditional boundaries between the self and the environment dissolve into unity. Scientific validation regarding such concepts is currently impossible, as science in its present form is structured around the observer-observed duality.

There’s one more ambiguity that I’d like to shed some light on. The death in ego death almost seems to imply a permanent change in the psyche where the ego has permanently ceased to exist. It’s not actually that simple. As I see it, the death refers to a permanent change in our relationship to this thing called the ego, one in which the illusory nature of the ego becomes more transparent; we are more easily able to acknowledge the fact that the ego is a product of our minds, though we may still be subject to the illusion. We thus kill the delusion, not the illusion. It’s similar to marvelling at the performance of a magic trick, even knowing that it’s a trick and perhaps even knowing how it’s done.

Though psychonauts often use the term ego death to refer to the temporary reduction or loss of the ego during a psychedelic experience, even they leave the experience with permanent insights imbued in their consciousness, as I will explain in my experience below. Not only that, but some have undergone the experience spontaneously, resulting in an even more dramatic form of ego death. Take Eckhart Tolle, for example.

[blockquote]I couldn’t live with myself any longer. And in this, a question arose without an answer: who is the ‘I’ that cannot live with the self? What is the self? I felt drawn into a void. I didn’t know at the time that what really happened was the mind-made self, with its heaviness, its problems, that lives between the unsatisfying past and the fearful future, collapsed. It dissolved.[/blockquote]

After these kinds of experiences, people like Tolle are able to have participatory relationships with their egos. In other words, they can ‘play the game’, but in their minds, it’s just a game, nothing real. The few days after my mushroom experience, I also had a participatory relationship to my ego – it was a blissful time – but I eventually reverted back to being engrossed in the illusion. Poor me. But obviously, some aspect of it has stayed with me, which is why I feel compelled to write about it.

My Experience With Ego Death

My experience with ego death began in my friend J’s house, which is situated in a quiet, remote area. There were three of us, and we were about to ingest almost three grams of dried mushrooms each. I was admittedly a bit nervous about having a bad trip, due to a terrible time earlier in the day at work. Little did I know that the intensity of the experience would result in obliteration of my ego. We ingested the mushrooms and then immediately went about our normal musings. We began to play a video game, and approximately twenty minutes in, I felt like nothing was going to happen.

An Inkling of Ego-less Consciousness

All of a sudden, I realized my perception of time had changed drastically. It felt as if events were skipping and I couldn’t remember what had previously went on. I soon caught myself laughing hysterically with my group of fellow trippers. It had started, and it was time to explore!

We ventured outside of the house and felt extremely connected to the rest of the world: the grass was massaging my feet, the forest felt welcoming even though it was dark and cold, and the ‘I’ aspect of myself felt like it was dissolving into everything. Eventually, I found myself inside alone, while J and his friend were still in the forest, enthralled by the experience that was outside. It was then that I experienced my ego death. It was completely unexpected, and profound on so many levels.

It was initially a very frightening experience, perhaps exacerbated by my initial thoughts before the trip. The ‘I’ that was once so familiar was becoming very distant. It was slipping away, and I both noticed and felt a compulsion to hold onto something, anything, that could possibly convince me that ‘I’ still existed. I needed an ‘I’ to hold onto, even though I knew it was leaving me.

I began to frantically think of all the things that supposedly made me who I was, but I got nowhere. I wasn’t the pictures or memories with friends, I wasn’t my favourite food or colour, I wasn’t the clothes I wore or the languages I spoke, I wasn’t the relationships I had or even the skin I was inside.

Everything I thought ‘I’ was, well, it was nothing. All ideas occurring to me were simply constructs and connections I had made and associated with a thing I called Red. So if I wasn’t this entity called Red, then who was I? I felt like I was in a dark place where there was no purpose, no identity, no me. If I wasn’t Red, then who or what was the entity behind him?

At first, I didn’t have an answer. I felt as though everything I had built up, everything I was striving for, everything I was planning for my life was an illusion. I felt like none of it mattered. I was amazed that under ordinary circumstances we made it seem like it did matter. What was happening to me?

And all of a sudden, the peak of the ego death experience revealed itself to me. I broke free from everything I identified with and simultaneously experienced not a mere identification, but the knowledge of what really existed. I understood that we are part of everything, and it is through our limited perception and consciousness that we feel we need to separate and categorize things; we feel the need to belong.

The ego death symptoms I felt were very scary, but I can say it was a profound life-changing moment for me. During my trip, I externally felt the machine that is constantly trying to categorize and define things separate from each other. This experience dismantled everything I thought I had known about who we are.

I think everyone should experience something as intimate and life-shattering as ego death. It has made me realize so much more about myself (whoever this myself is), and has expanded my perception on everything I once considered separate.

It was a significant change in my life, and the few days after there was an afterglow that consisted of blissful states of mind where the ego only lingered in a reduced form. After such a profound experience, it is hard to deny the existence of a range of phenomena that ego death can point to. What are your thoughts? Let me know in the comments below.

The most fascinating and thought-provoking book I’ve read having to do with the illusory aspect of the ego is The Power of Now by Eckhart Tolle,  an author I quoted earlier in this post, and one I deeply respect. Make no mistake, this book is not about drugs. It’s about noticing the ego in our day to day lives and freeing ourselves from the delusion.

Tolle’s book is written very well, but sometimes the most empowering glimpses into the ego-detached consciousness are a simple collection of profound quotes. Ever had that amazing feeling when you read a bunch of inspirational quotes? Well, I’ve gotten a similar feeling, a more spiritual one, by reading The Seven Steps to Awakening, which contains quotes from another man I respect, Ramana Maharshi.

The quotes in this book all have to do with the illusory aspect of the ego. The words somehow connect to me. I can sit there reading the book for a couple of hours and I’ll start smiling and drifting to another plane of consciousness. It’s really cool!