Psilocybin Inhibits the Processing of Negative Emotions in the Brain 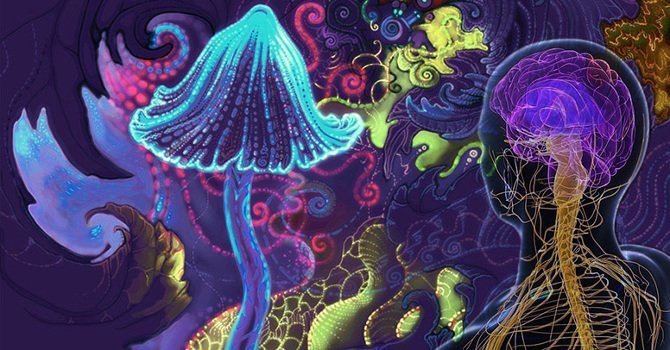 Emotions like fear, anger, sadness, and joy enable people to adjust to their environment and react flexibly to stress and strain and are vital for cognitive processes, physiological reactions, and social behaviour. The processing of emotions is closely linked to structures in the brain, i.e. to what is known as the limbic system. Within this system the amygdala plays a central role — above all it processes negative emotions like anxiety and fear. If the activity of the amygdala becomes unbalanced, depression and anxiety disorders may develop.

Researchers at the Psychiatric University Hospital of Zurich have now shown that psilocybin, the bioactive component in the Mexican magic mushroom, influences the amygdala, thereby weakening the processing of negative stimuli. These findings could “point the way to novel approaches to treatment” comments the lead author Rainer Krähenmann on the results which have now been published in the medical journal Biological Psychiatry.

Psilocybin inhibits the processing of negative emotions in the amygdala.

The processing of emotions can be impaired by various causes and elicit mental disorders. Elevated activity of the amygdala in response to stimuli leads to the neurons strengthening negative signals and weakening the processing of positive ones. This mechanism plays an important role in the development of depression and anxiety disorders. Psilocybin intervenes specifically in this mechanism as shown by Dr. Rainer Krähenmann’s research team of the Neuropsychopharmacology and Brain Imaging Unit led by Prof. Dr. Franz Vollenweider.

Psilocybin positively influences mood in healthy individuals. In the brain, this substance stimulates specific docking sites for the messenger serotonin. The scientists therefore assumed that psilocybin exerts its mood-brightening effect via a change in the serotonin system in the limbic brain regions. This could, in fact, be demonstrated using functional magnetic resonance imaging (fMRI). “Even a moderate dose of psilocybin weakens the processing of negative stimuli by modifying amygdala activity in the limbic system as well as in other associated brain regions,” continues Krähenmann. The study clearly shows that the modulation of amygdalaactivity is directly linked to the experience of heightened mood.

Next study with depressive patients

According to Krähenmann, this observation is of major clinical importance. Depressive patients in particular react more to negative stimuli and their thoughts often revolve around negative contents. Hence, the neuropharmacologists now wish to elucidate in further studies whether psilocybin normalises the exaggerated processing of negative stimuli as seen in neuroimaging studies of depressedpatients — and may consequently lead to improved mood in these patients…

Rainer Krähenmann considers research into novel approaches to treatment very important, because current available drugs for the treatment of depression and anxiety disorders are not effective in all patients and are often associated with unwanted side effects.