The Similarities Between Psychedelics and Meditation 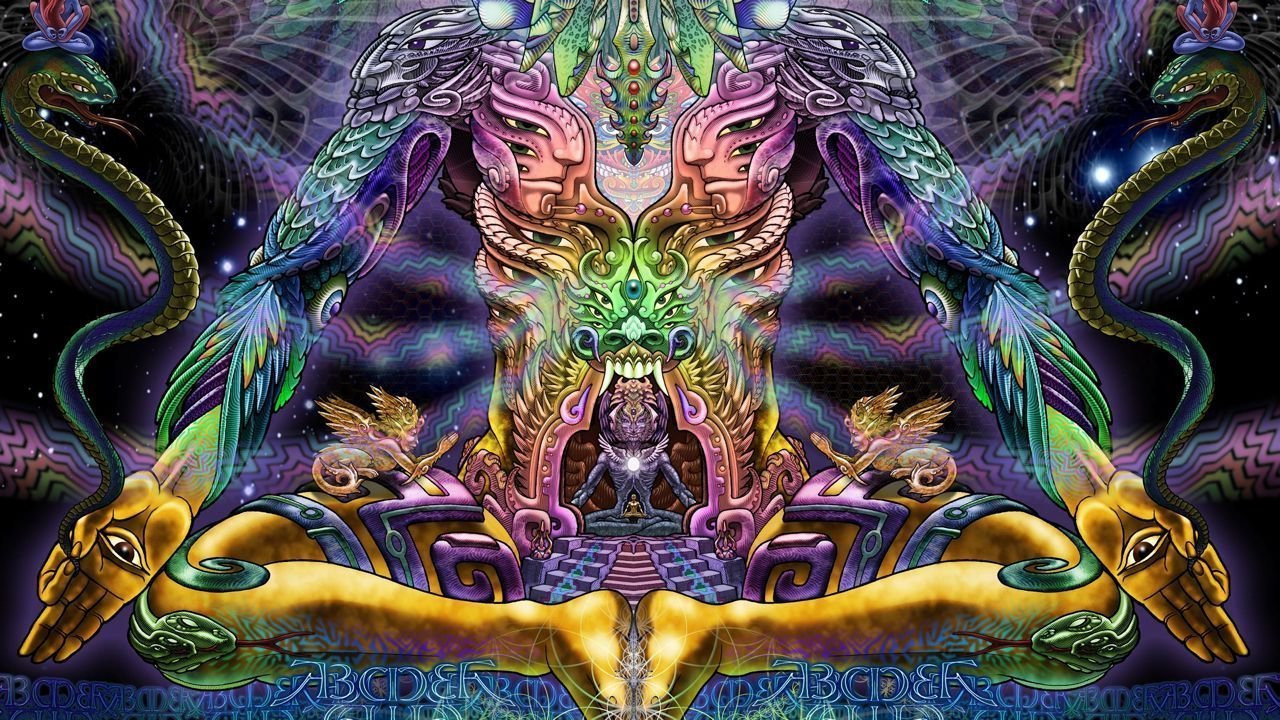 [vc_row][vc_column][vc_column_text]New research out of London suggests psychedelics, specifically psilocybin the active component of magic mushrooms, can have similar effects on the brain to meditation. More importantly, the two states of mind each generates may one day be used to help those suffering from depression or anxiety.

When Ram Dass, American spiritualist, writer and associate of Timothy Leary, gave his Indian guru and master meditator, Maharaji, a massive dose of LSD, Dass expected the worse you could imagine from giving an old man a hallucinogenic drug. To much his surprise, Maharaji felt absolutely nothing except for a giggle or two. Skeptical that the man had even swallowed the capsules, Dass made sure he carefully observed Majaraji swallowing the LSD tabs the next time he gave him an even bigger dose. Once again the drugs had no effects except perhaps, we could only imagine, a tracer or two. During their conversation that ensued, Majarahi noted: “…to take them [psychedelic drugs] with no effect, your mind must be firmly fixed on God…”

Fascinated by the effects of hallucinogens and meditation have on the human brain, and their clinical potential to cure depression and anxiety, a team of researchers led by neuroscientist Frederick Barrett of John Hopkins University has investigated the intertwining effects of psilocybin and meditation.

“Descriptions that people give of experiences they can encounter with high doses of classical hallucinogens can often be quite similar, if not indistinguishable from, descriptions that people can give of experiences they have had in a long term meditation retreat, after deep contemplation, prayer…” – Barrett’s opening words at the Horizons: Perspectives of Psychedelics forum in 2015

[/vc_column_text][vc_empty_space height=”33px”][vc_video link=”https://vimeo.com/148364545″ align=”center”][vc_empty_space height=”33px”][vc_column_text]More recently, his latest publication titled “Psilocybin with psychological support for treatment-resistant depression: an open-label feasibility study,” suggests that psilocybin could one-day offer lasting relief of depressive and anxiety symptoms, perhaps even a cure. 42% of patients experienced complete remission of their symptoms after three months of observation, a definite victory for the humble mushroom that warrants further research into this radical new treatment method.

Barrett’s body of work suggests that meditation and psychedelics show uncanny similarities in their effects on the brain as observed by various, sophisticated brain-imaging techniques. Psilocybin is not the kind of drug that a person can take every day due to its debilitating effects on locomotion, language and normal thought processes, in addition to the fact that the body develops a significant tolerance to the drug in the following 24 to 48 hours. However, psilocybin could be used to “kick-start” the neural processes that defeat depression, while daily meditation could be used to maintain the positive effects and revelations gained by an initial psychedelic experience.

Other research has shown that even single doses of psilocybin can have long-lasting effects on other chronic psychiatric conditions such as addiction. 80% of heavy tobacco smokers showed abstinence from smoking for six months after only two treatments with psilocybin. Compare that to the mere 26% success rate of the leading smoking cessation drug Chantix, and it’s clear that psilocybin deserves some serious attention from the medical community.