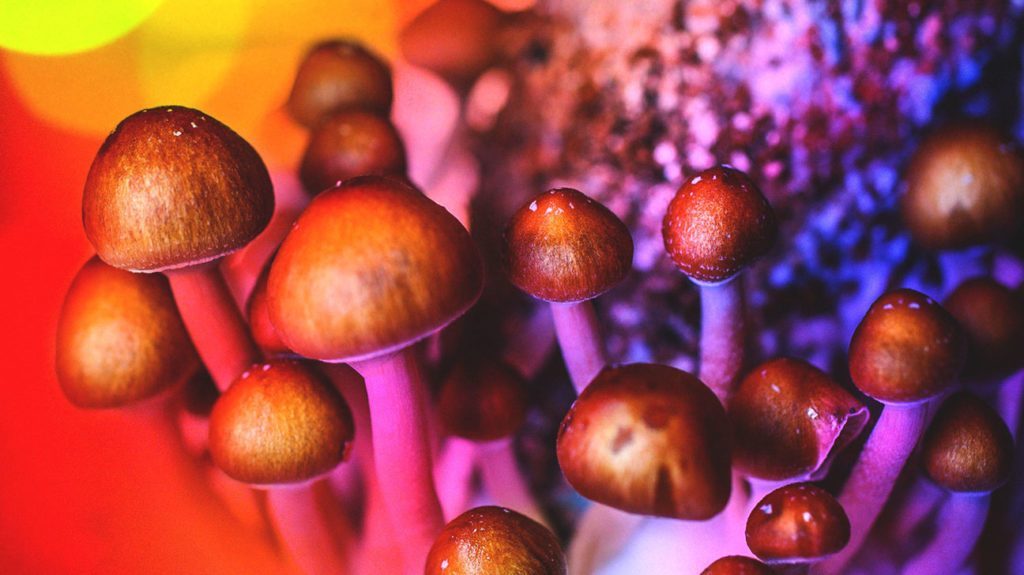 Tom Shroder is the author of ACID TEST: LSD, Ecstasy and the Power to Heal, out this month.

A new study shows smokers may be able to kick the habit with a little help from psilocybin and three controlled trips.

Earlier this month, Johns Hopkins researchers published in the Journal of Psychopharmacology a stunning success rate in a pilot study using psilocybin, the psychedelic compound in magic mushrooms, to help heavy smokers quit. The 12 of 15 recidivist smokers who managed to stop smoking for six months after three psychedelic sessions represented an 80% success rate—unheard of in the notoriously difficult treatment of tobacco addiction. The most successful current treatment—the drug varenicline, which reduces nicotine cravings—only has a 35% success rate.

This is big news as attention increasingly shifts to the use of psychedelic drugs for improving mental health. In the past decade—after thirty years during which research into possible benefits of psychedelics was virtually forbidden—clinical studies of drugs, including psilocybin, Ketamine, MDMA and LSD, have accelerated. (Never mind the now widespread medical applications of marijuana.) Food and Drug Administration-approved pilot studies and trials have shown such oft-maligned drugs could be used safely under controlled conditions, delivering promising, even extraordinary results, and not just in the treatment of tobacco addiction, but also for disorders such as autism, anxiety, depression and opiate addiction.

The use of MDMA (better known as Ecstasy) to treat Post Traumatic Stress Disorder has had an 80% success rate in early trials. With as many as half a million service men and women returning from wars in Iraq and Afghanistan with debilitating, life-threatening PTSD, better treatments for the disorder are urgently needed. Yet legal prescription of psychedelic therapy is almost certainly more than a decade away.

But for a quirk of history, it might not have been that way

Before popular abuse of psychedelics exploded in the 1960s, prompting authorities to impose harsh criminal penalties for possession and halt all scientific investigation of medical use, psychedelics were considered the most promising psychiatric drug in history. In fact, in the Johns Hopkins findings on smoking cessation, there is an unmistakable echo of research done in Canada a half century ago.

Consider this from the lead author of the Johns Hopkins study, Matthew W. Johnson: “Quitting smoking isn’t a simple biological reaction to psilocybin, as with other medications that directly affect nicotine receptors.” Instead, Johnson said, it was the subjective experience the smokers had when taking the psilocybin that changed them— more like a religious conversion than getting a shot of penicillin to cure an infection.

This was exactly the conclusion psychiatrists at a Canadian psychiatric hospital, Humphrey Osmond and Abram Hoffer, reached back in the 1950s when they had great success using LSD therapy to help alcoholics stop drinking. LSD is a synthetic drug, not a natural psychedelic like psilocybin, but the user’s experience of the two is similar, if not identical. Hoffer and Osmond’s LSD treatments proved successful enough that the Canadian government would eventually issue a report saying the method was no longer an experimental treatment for alcoholism, but one that had proven effective.

The new Johns Hopkins smoking study prepped its 15 subjects with four weeks of pretty standard cognitive behaviour therapy – things like visualization, keeping journals, focusing on intent to quit and reasons for quitting, etc. But it was the psilocybin that did the heavy lifting. Each participant had three psilocybin sessions, the first a moderate dose, and the final two a high dose. The subjects were encouraged to focus on their anti-smoking intent before taking the psilocybin in each session, otherwise, they were simply encouraged to wear eyeshades and earphones (piping in music) and “go inside.” Therapists were there for safety and reassurance if necessary, but there was otherwise little direction—and no negative physiological outcomes. Five of the participants expressed moderate fear during the session (of losing control, losing grip on sanity) and one expressed extreme fear. The researchers reported that all of the anxiety reactions were successfully resolved before the end of the session, and did not preclude a successful outcome.

The 13 participants (80%) who managed to quit and remain smoke free for six months were asked to identify the reasons for their success. The most frequently chosen answer was, “by changing the way you orient yourself toward the future, such that you now act in your long-term holistic benefit, rather than acting in response to immediate desire.”

The answer chosen as the most important was, “by changing the way you prioritize values in life, so that reasons to smoke no longer outweighed reasons to quit.”

These rather basic changes in personality orientation are usually extremely difficult to achieve, in daily life, and in traditional therapy. The fact that such a high proportion of participants managed these perspective shifts is most likely attributable to life-changing mystical-type experiences catalyzed by the psilocybin. Astonishingly, all but two participants (87%) rated at least one psilocybin session among the ten most meaningful experiences of their lives. This tracks with the results of earlier work by the Johns Hopkins team, published in 2006, in which 70% of three dozen healthy people who were given psilocybin with no therapeutic goal described it as “one of the five most significant experiences of their lives.”

Johns Hopkins researchers concluded — just as had their Canadian predecessors half a century earlier — that this was more than incidental to the outcome of the therapy: Those who had a transcendent experience tended to have more success.

Inevitably, the success of studies using psychedelics to treat dangerous conditions like alcoholism, tobacco addiction and PTSD will raise fears that positive news coverage will promote illicit and uncontrolled use. Researchers on these studies are always quick to point out that uncontrolled, self-administration of psychedelics— still a criminal act— not only present the danger of psychological damage, but are unlikely to be effective in treatment without medical supervision.

Still, the dramatically positive experience that so many people in these closely monitored and supervised experiments have had, even healthy people with no psychiatric issues, do raise some interesting questions about the future potential of psychedelics in our culture.