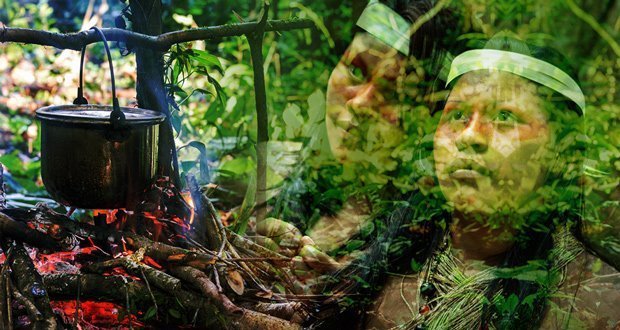 Eduardo Schenberg, of the University of Sao Paulo, Brazil, recently published a piece in Sage Journals, detailing his belief that Ayahuasca has cancer-fighting abilities, essentially encouraging the legalization of research in the field.

He says, “There is enough available evidence that Ayahuasca’s active principles, especially DMT and harmine, have positive effects in some cell cultures used to study cancer, and in biochemical processes important in cancer treatment, both in vitro and in vivo,” and “Therefore, the few available reports of people benefiting from Ayahuasca in their cancer treatment experiences should be taken seriously, and the hypothesis presented here, fully testable by rigorous scientific experimentation, helps to understand the available cases and pave the way for new experiments.”

“In summary, it is hypothesized that the combined actions of β-carbolines and DMT present in Ayahuasca may diminish tumor blood supply, activate apoptotic pathways, diminish cell proliferation, and change the energetic metabolic imbalance of cancer cells, which is known as the Warburg effect,” Schenberg wrote. “Therefore, Ayahuasca may act on cancer hallmarks such as angiogenesis, apoptosis, and cell metabolism.”

“If Ayahuasca is scientifically proven to have the healing potentials long recorded by anthropologists, explorers, and ethnobotanists, outlawing Ayahuasca or its medical use and denying people adequate access to its curative effects could be perceived as an infringement on human rights, a serious issue that demands careful and thorough discussion.”

Similar to the way cancer has been successfully treated with cannabis oil, or vitamin B-17 from the apricot pit, it is emerging as a viable possibility that Ayahuasca is another herbal, ancient cure to disease found in abundance in the new world of synthetic consumption.

Ayahuasca, as many viewers of this article likely know, is a psychoactive, ancient, sacred ancient brew, with deep roots in South American shamanic practice. Since at least 500 BC, South American shamans have used Ayahuasca for ceremonial purposes, and as a medicine of many functions.

Many people believe that DMT is created in the pineal gland of human beings when we dream, when we are born, and when we die. Critics of this theory say there is no evidence to back up these claims, but as of 2013, studies from the University of Michigan have shown that indeed dimethyltryptamine is created in the pineal glands of rats, and with the biological similarities us mammals share, it is very likely that DMT is synthesized in our pineal glands as well. According to Dr. Rick Strassman, author of the critically acclaimed book DMT- The Spirit Molecule, the human body metabolizes DMT rapidly, almost eager to consume the substance. Seretonin, the primary source of pleasure for us human beings, created in our brains and bodies daily of course, is 5-hydroxytryptamine, almost chemically identical to dimethyltryptamine. Yet, the US government classifies this molecule that may be part of our very being, as a schedule I, highly illegal drug.

DMT is a very complex substance, with complex experiences had by those who consume it, complex origins, and many, many functions. One must do their own hard research on Ayahuasca and DMT, as explaining a good depth of it would be too much for this article. Many of you who have read this far, probably already know what you need to know about Ayahuasca/DMT, as the popularity of it is skyrocketing.

Adam Winstock, founder of the Global Drugs Survey, claims the drug has ‘a larger proportion of new users’ compared to these other powerful drugs.

He says this suggests ‘its popularity may increase’.

It should be noted that Ayahuasca/DMT has characteristics similar to almost no ‘drugs’ except perhaps psilocybin mushrooms. Psilocin (what psilocybin metabolizes into), is also almost identical to chemicals already in our brains, similarly metabolized quickly by the body, more characteristic of a vitamin than an intoxicant.

For the viewers of this piece who do not already know, Ayahuasca is a brew consisting of many different psychoactive plants, including dimethyltryptamine containing foliage, and MAOI inhibiting plants that make the DMT active when ingested orally, namely the root bark of the Caapi vine. Caapi root bark contains monoamine oxidase inhibitors, harmala alkaloids. The DMT in Ayahuasca is primarily found in the leaves of the Psychotria Viridis plant, or the seeds of Syrian Rue, or both. Similar to cannabis’ ancient, rich history as a medicine, Ayahuasca has been a fundamental part of indigenous cultures in South America, namely the Amazonian rainforest and Peru, for thousands of years.

Ayahuasca is not typically looked at as a tool to treat cancer. More often, people decide to drink Ayahuasca or ingest DMT in pursuit of life-changing experiences, epiphanies, to visit unexplored corners of the mind, in hopes of easing a wide range of psychological ailments and problems.

More often than not, people who consume Ayahuasca/DMT report extreme mental clarity after the experience, a difficult-to-explain sense of well-being, as if the substances organized the user’s subconscious and rarely touched areas of the brain.

It seems that simultaneously with all the other ways we are seeing a global paradigm shift, there is a shift taking place in the realm of medicine. After about a century of criminalizing plants and mind-altering products of the earth, people globally seem to be taking great interest in the Earth’s treasure chest of medicine in botany and nature, no longer concealed from us or alleged to be dangerous by proponents of pharmaceutical monopolies. Scientists such as Eduardo Schenberg will surely press on in their work, as the massive surge in popularity for these things grows exponentially. If you skipped the part of this article in which I explained the basics of Ayahuasca/DMT because you are already familiar with it, you are likely part of this very paradigm shift.

As could go without saying, more research and uninhibited analysis of Ayahuasca’s effect on human beings is necessary to understand the effectiveness of it as a treatment for cancer and who knows what else. The World Wide Web increasingly seems to push truths to the surface of the minds of those who pay attention, while false info can quickly debunked with little effort. This is the paradigm of our world in 2014.

AyahuascaCancerCureDMTHealthScienceScientific Study
Previous ArticleAre Psychedelic Drugs the Next Frontier in Wellness Research?Next ArticlePsychedemia; Exploring The World Behind The Trip