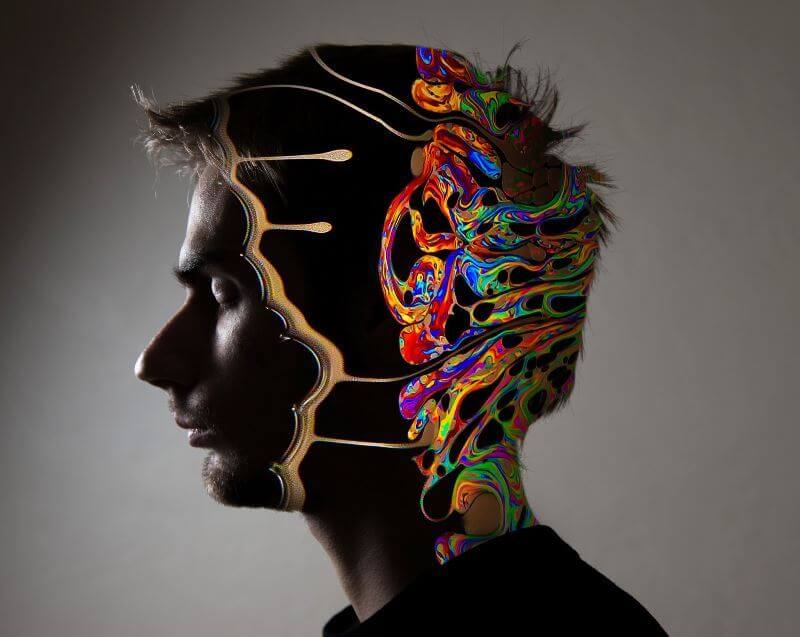 Until recently, prescribing Ecstasy, mescaline or magic mushrooms has been a guaranteed way for a psychiatrist to lose his research funding, his job or even his liberty. But now, scientists are beginning to suspect that such illegal drugs may be the key to treating a range of intractable illnesses, from post-traumatic stress disorder to depression.

These chemicals – which include the psychedelic drugs psilocybin, derived from magic mushrooms, and LSD, as well as ecstasy – affect the way we think and behave, as well as causing hallucinations and mystical experiences. Yet a series of studies performed in Britain and the US is beginning to tease out their potential benefits. One, into the effects of Ecstasy, is featured in the controversial Channel 4 documentary, Drugs Live, tomorrow night.

“People become very emotionally tender on Ecstasy, which makes you more responsive to psychotherapy,” explains Dr Robin Carhart-Harris, one of the experts involved. In the televised study, either a dose of ecstasy or a placebo was given to 26 volunteers, including the writer Lionel Shriver and the former Lib Dem MP Dr Evan Harris. They were then put through a brain scanner by scientists at Imperial College London to see precisely where these drugs have an effect.

It was found that, in the volunteers given the proper drug, the area of their brain involved in positive memories became more active, while another processing negative memories was damped down. “We think this would make it easier for patients to revisit a traumatic memory and overwrite or control it,” says Carhart-Harris. Earlier studies have made surprising discoveries about what psilocybin, a class-A drug in Britain, was doing in the brain. These in turn could lead to new treatments for depression and agonising cluster headaches.

This may all sound radical, or even dangerous – yet half a century ago, research into the effects of psychedelic drugs was widespread and respectable. More than 1,000 papers were published looking at ways that psychiatrists could help patients with hallucinogenic chemicals. But then the walls descended, as a new anti-drug culture took hold, particularly in the United States. In the 1970s, the Food and Drug Administration banned the use of LSD and related chemicals. Since then, research in the field has been effectively frozen, with recent years seeing a tentative thaw.

In both Britain and America, scientists can now get permission to use banned drugs in their research. But until very recently, few bothered, because funds were hard to obtain and such studies could damage a career. But that attitude has been changing, with a growing lobby claiming that these drugs could be safely used in a clinical setting to bring great benefit to patients.

“These drugs don’t appear to produce dependence,” says Dr Stephen Ross, director of the Division of Alcoholism and Drug Abuse at Bellevue Hospital in New York City. “Their ability to treat a range of addictive psychiatric and existential disorders is remarkable and too interesting not to explore further.”

In America, support has come from the Multidisciplinary Association for Psychedelic Studies, which has sponsored research into the treatment of post-traumatic stress disorder with Ecstasy, whose chemical name is MDMA. Here in Britain, much of the drive has come from Amanda Feilding, who set up the Beckley Foundation in Oxford to initiate and fund studies into the effects of psychoactive drugs and other ways of changing consciousness, such as meditation.

Feilding, who is the Countess of Wemyss and March, has long been a controversial figure with some odd ideas; in her twenties she trepanned herself, drilling a hole in her own skull to “increase blood flow”. But since then, she has crossed the boundary into scientific respectability and her dedication has earned her the respect of colleagues. “None of the work in the UK would have occurred without the Beckley Foundation and particularly Amanda as a collaborator and funder of the programme,” says Professor David Nutt, now a neuropsychopharmacologist at Imperial College London but better known as the former chairman of the government’s Advisory Council on the Misuse of Drugs, who was fired for claiming that alcohol and tobacco were more harmful than Ecstasy and cannabis.

The recent studies on Ecstasy and psilocybin were carried out under the Beckley Foundation/Imperial College Psychopharmacological Research Programme, with Prof Nutt as senior researcher in both of them. The Foundation is also collaborating with Johns Hopkins University in Baltimore in a study using psilocybin-assisted psychotherapy to treat cigarette addiction – the first modern study to use a psychedelic to treat dependency. The results from the pilot study show a 100 per cent success rate.

The Beckley/Imperial psilocybin study, reported in the Proceedings of the National Academy of Sciences in January, was a major breakthrough for Feilding, but the actual findings were surprising. “One of my long-held theories about the brain has been that consciousness is directly linked to the volume of blood in the brain capillaries,” she says, “and that drugs which intensify mental experiences, like psilocybin, increase that volume. However, the evidence shows a decrease in blood flow. More research should clarify what’s happening. What’s good is that we’ve provided a new piece in the consciousness jigsaw.”

This study found that for the drug’s users, blood flow dropped by 20 per cent in the brain’s communications centres. “These are the places where all the information from our senses is combined with our memories and expectations about the world,” says Feilding. “The result is the familiar consistent and coherent view of the world that we think of as normal. So it looks as though what the hallucinogens are doing is weakening that top-down control of our experience and allowing a freer, less constrained but also more chaotic state of awareness to emerge. It may also be significant that the volunteers who reported the most vivid and powerful experiences were also those who had the greatest reduction in blood flow.”

The discovery that our normal world view is maintained by throttling back the amount of information getting through to our consciousness would be a vindication of the theory put forward 58 years ago by Aldous Huxley in The Doors of Perception, an account of his personal experience of taking mescaline, a similar drug that comes from the peyote cactus. Of more immediate practical use, however, was the finding that one of the “hubs” identified as being damped down by psilocybin – known as the “medial prefrontal cortex” – is already known to be overactive in people with depression. Now a clinical trial funded by the Medical Research Council will see whether psilocybin can help severely depressed people.

Of course, substances such as mescaline and Ecstasy carry such cultural baggage that many think they will always be beyond the pale. Anti-drugs campaigners have described the Channel 4 programme, with its celebrity subjects, as “reckless and pointless”, claiming it will only glamorise drug use.

Yet the question of whether or not a drug should be legalised for uncontrolled public consumption is, say many scientist and campaigners, a quite different question to whether doctors should be allowed to prescribe the same chemical to treat their patients. It may be the case that one of the unwitting casualties of the War on Drugs is a cohort of people currently suffering intractable mental anguish, denied help simply because of the unfortunate associations between a potential cure and the psychedelic counter-culture that took root half a century ago.