Psilocybin for Anxiety and Depression in Cancer Care 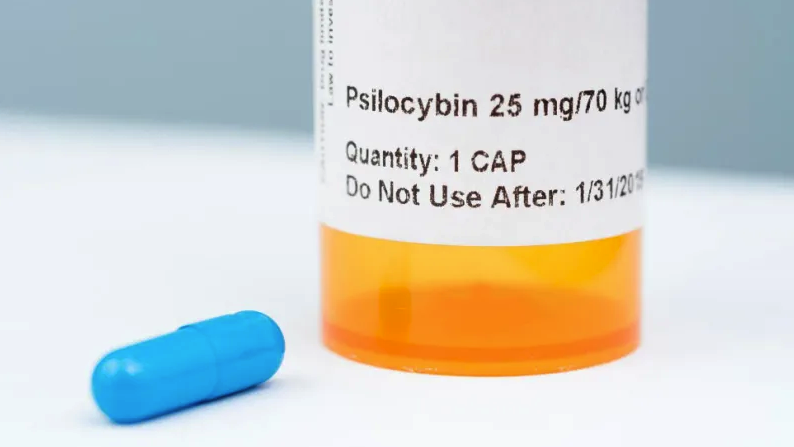 A recent study of people with advanced-stage cancer found that a single dose of psilocybin led to lasting improvements in anxiety and depression. Psilocybin might enhance mood by shifting attention away from negative and towards positive emotional information. Mystical experiences occurring under the influence of psilocybin could help ease existential anxiety by changing a person’s attitudes towards death and dying. Although these results are promising, research studies in this area have not used adequate experimental controls and therefore these results should be considered tentative until more rigorous research has been conducted.

A pioneering study in the 1970s found that psychotherapy combined with the use of psychedelic drugs such as LSD appeared to help to reduce depression, physical pain and anxiety about death in people with terminal cancer (Grof, Goodman, Richards, & Kurland, 1973). The authors’ impression was that the patients who made the most dramatic changes were those who had a “peak mystical experience” of oneness with the universe usually preceded by an experience of spiritual “death and rebirth”. Profound experiences of this nature were seen in 25% of sessions. The authors argued that profound religious and spiritual experiences, such as a “peak mystical experience” were particularly effective in helping patients accept death. However, they also noted that other kinds of emotional improvements frequently occurred even without the presence of a mystical experience.

This study was of an exploratory nature and due to the absence of any control group it is not possible to know whether the effects observed were specifically due to drug effects, the psychotherapy, or even placebo effects. In spite of these promising results, psychedelic drug research was effectively banned for decades when these substances were made illegal. In recent years there has been a revival of interest in this area. A 2011 study again examined the use of psychedelic drugs in people with advanced-stage cancer (Grob et al., 2011). This study used psilocybin rather than LSD because research suggests that the effects of psilocybin are more euphoric and less likely to produce panic or paranoid reactions than LSD. The drug produced no adverse medical effects and was well-tolerated.

The treatment appeared to have beneficial effects on depression and anxiety. Six months after taking psilocybin, the patients had a significant reduction in depression. What I found particularly interesting was that they also showed a reduction in trait anxiety that was significant at 1 and 3 months after treatment. Trait anxiety refers to how much anxiety a person generally feels and is usually considered a stable feature of one’s personality, closely related to a broader trait called neuroticism. The results of this study might seem to suggest that psilocybin could produce a lasting change in this feature of personality. As noted in a previous article, another study using healthy volunteers found that psilocybin produced lasting changes in the personality trait of openness to experience (MacLean, Johnson, & Griffiths, 2011). However, this study found no change in other personality traits, including neuroticism. It seems plausible that when people have advanced-stage cancer their ratings of their general levels of anxiety would be elevated compared to healthy people due to their illness. If this is the case, perhaps psilocybin helped reduce their heightened anxiety to more normal levels. However, without knowing the patients’ levels of trait anxiety before their illness it is not possible to draw any definite conclusions.

Another limitation of this study, like the 1970s study cited earlier, is that there was no comparison group of patients who did not receive psilocybin to serve as an experimental control. For this reason, it is not possible to rule out the possibility that the beneficial effects observed were due to placebo effects. For example, the patients might have benefited simply from the care and attention they received from the researchers during the study. The authors of the study acknowledged this limitation and explained that they believed that it would have been unethical to withhold a potentially beneficial treatment from the terminally ill. One possible response to this is that the psilocybin treatment could have been compared to a more conventional treatment such as psychotherapy. If a single-dose of psilocybin could be shown to be as or even more beneficial than more costly and intensive treatment strategies such as psychotherapy then care of the terminally ill could be enriched. In spite, of these limitations, the results remain suggestive. Studies with healthy volunteers have found that after a single dose of psilocybin, volunteers reported improvements in mood, attitudes to life and the self, positive behaviour changes including improved relationships, and increased spirituality, as well as increased satisfaction with life that persisted for months afterwards (Griffiths et al., 2011; Griffiths, Richards, McCann, & Jesse, 2006). Interestingly, Griffiths et al. (2011) found that volunteers reported increases in “death transcendence”. That is, participants expressed an increased belief that there is continuity after death, e.g. belief that death is not an ending but a transition to something even greater than this life. It seems worth noting that all the participants in this study were involved in religious or spiritual activities prior to the study. Thus, they might have been especially receptive to the idea that “spiritual” experiences induced by the drug could represent real insights into reality.

A forthcoming paper on the effects of psilocybin on attention provides insights into why psilocybin might have beneficial effects on mood and relieving depression (Kometer et al., 2012). People who are depressed show a bias towards paying more attention to negative than to positive stimuli. Depressed people find it harder to recognise happy facial expressions and respond more slowly to positive compared to negative words in emotional tasks. This emotional bias has been linked to problematic functioning in the serotonin system in the brain. Psilocybin and LSD produce their hallucinogenic effects by acting on the serotonin system, and Kometer et al.’s study found evidence that psilocybin can influence attentional biases in a positive way. In this study, volunteers under the influence of psilocybin experienced increased positive mood and took longer to recognise negative facial expression and to react to negative or neutral words compared to positive ones.

Interestingly, these effects did not occur when participants had been administered a drug called ketanserin, which blocks serotonin receptors, before being given psilocybin. (For those who are interested, ketanserin specifically blocks 5-HT2A receptors. The 5-HT2A receptor system has been implicated in depressive pessimism and is known to be affected by antidepressant drugs.) This suggests that psilocybin can induce biases of attention towards positive and away from negative emotional stimuli. Additionally, these effects appear to be due to the action of psilocybin on the serotonin system. If it is true that psilocybin treatment can be effective in reducing depression, these findings seem to suggest a plausible mechanism. This might explain why volunteers in the studies by Griffiths et al. reported persistent positive changes in their attitudes to many aspects of their lives.

The findings from these studies seem very promising. The research cited does seem to suggest that mystical experiences induced by psilocybin can help a person overcome the fear of death.

Additionally, psilocybin seems to have a generally positive effect on mood and attitude that could alleviate depression. A limitation of the studies cited is that they did not use no-drug control groups for comparison to show that the effects were actually due to the drug rather than other factors such as placebo effects. Thus, it would be premature to definitely conclude that psilocybin is an effective treatment for depression and existential anxiety in people with cancer, even though the results seem very suggestive. More rigorous research designs are needed to provide more conclusive evidence. It would be useful to know if reductions in trait anxiety occur in people who were already high in this trait before developing cancer. Additionally, it would be interesting to examine whether psilocybin might help a person with cancer accept death if they do not have any religious or spiritual beliefs.