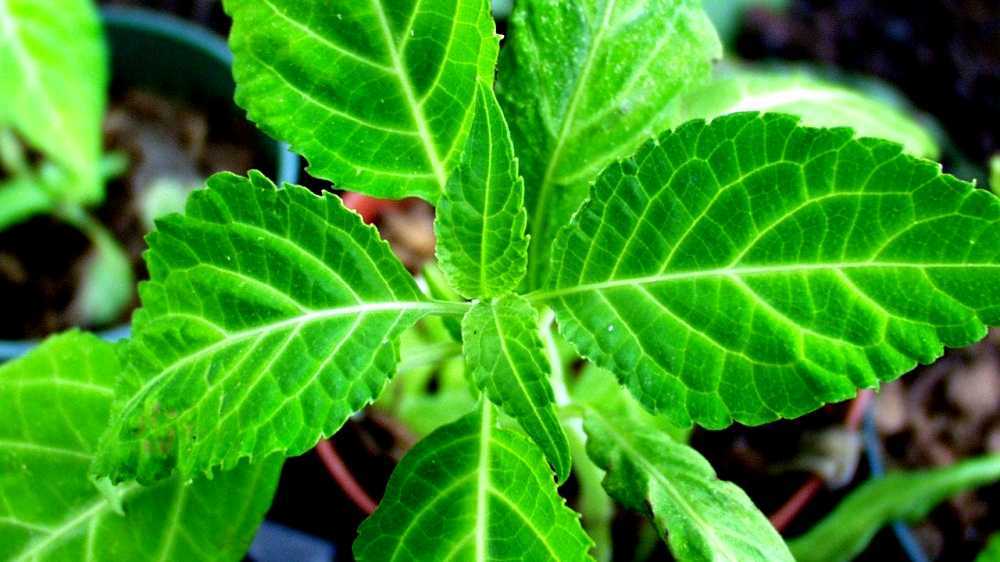 In what is believed to be the first controlled human study of the effects of salvinorin A, the active ingredient in Salvia divinorum, a controversial new hallucinogen featured widely on YouTube and other Internet sites, Johns Hopkins researchers report that the effects are surprisingly strong, brief, and intensely disorienting, but without apparent short-term adverse effects in healthy people.

Since the NIH-funded research was done with four mentally and physically healthy hallucinogen-experienced volunteers in a safe medical environment, researchers say they are limited in their conclusions about the compound’s safety, according to Matthew W. Johnson, Ph.D., an assistant professor of psychiatry and behavioural sciences at the Johns Hopkins University School of Medicine and the study’s lead author.

Johnson and the Johns Hopkins team say they undertook the research to try and put some rigorous scientific information into current concerns over the growing recreational use of Salvia divinorum, which is a herb in the mint family. The plant, which has been used for centuries by shamans in Mexico for spiritual healing, is the target of increased nationwide legal efforts to restrict its availability and use. Though little is known about the compound’s effects in humans, some legislators have been spurred to action after watching one of the thousands of online videos chronicling the uncontrolled behaviour that sometimes follows its use. However, because animal studies show that salvinorin A has unique effects in the brain, some scientists believe that the drug or a modified version of it may lead to medical advances in the treatment of diseases such as Alzheimer’s disease, chronic pain and drug addiction.

Salvia leaves are typically smoked. Often the quantity of salvinorin A in the leaves has been boosted by the addition of a concentrated extract of the compound. The drug is available online or in “head shops” and is legal in most states. More than a dozen states have outright bans on the product and eight others have restrictions such as prohibitions for minors. About a dozen nations have also outlawed it. The U.S. Department of Justice’s Drug Enforcement Administration has included it in a list of “drugs and chemicals of concern,” but to date, there is no federal prohibition against it.

“Everything we knew up to this point about the effects of this drug in humans, other than a few surveys or anecdotal case reports, comes from accounts on websites or YouTube videos,” Johnson says. “Those are hardly scientific sources enabling a rigorous understanding of the effects of the drug. Even though the sample size in this study is small, we used an extremely well-controlled methodology, which provided a clear picture of the drug’s basic effects.”

Johnson and his team say this is a first step not just toward a greater understanding of the unique compound and its effects, but also toward an understanding of the kappa opioid receptors in the brain, which animal studies have suggested salvinorin A targets. Researchers see potential in kappa opioid receptors — which are different from the receptors targeted by other hallucinogens or opiates like morphine and heroin — for the development of therapeutic medications.

“We’re opening the door for a systematic study of this class of compounds, about which we know precious little,” says Roland R. Griffiths, Ph.D., a Johns Hopkins professor of psychiatry and behavioural sciences and the study’s senior investigator.

The study found that salvia’s effects begin almost immediately after inhalation, are very brief — with a peak of strength after two minutes and very little effect remaining after 20 — and get more powerful as more of the drug is administered. Salvinorin A produced no significant changes in heart rate or blood pressure, no tremors and no adverse events were reported. But, Johnson cautions, the sample size was small and only healthy and hallucinogen-experienced volunteers participated, so conclusions of safety are limited.

The study was conducted on four healthy, paid subjects — two men and two women — who had taken hallucinogens in the past. Each participant completed 20 sessions over the course of two to three months. They inhaled a wide range of doses of the drug in its pure form. At some sessions, they were given a placebo. Participants were asked to rate the strength of the peak drug effect on a scale of 1 to 10. Participants were allowed to drop out of the study at any time if they felt they could not tolerate a stronger dose on the following visit. No one withdrew.

Researchers say they were struck by the reaction of two participants who rated the strength of a high dose a 10, or “as strong as imaginable for this drug.” It is unusual, the investigators said, for volunteers with prior hallucinogen experience to report such intensity. Despite these strong experiences, heart rate and blood pressure were unaffected.

While no adverse effects were noted in the controlled laboratory environment, Johnson says, the drug’s effects could be disastrous if a person were, for example, driving a car while on salvia.

Few emergency room visits have been linked to its use, which researchers believe is because it wears off so quickly.

He says subjects in the study reported very different experiences from those caused by hallucinogens like LSD and so-called “magic mushrooms.” Those drugs, Johnson says, tend to have powerful effects, but the person is typically still aware of the external world and can interact with it.

“With salvia, the subjects described leaving this reality completely and going to other worlds or dimensions and interacting with entities,” Johnson says. “These are very powerful, very intense experiences.”
Animal data suggests the drug is not addictive, Griffiths says, and its intensity could keep people from returning to the drug again and again.

“Many people take it once and it produces such profound dysphoria that they don’t want to do it again,” he says.

The research was funded by the National Institute on Drug Abuse. Other Johns Hopkins researchers involved in the study are Katherine A. MacLean, Ph.D., and Chad R. Reissig, Ph.D.