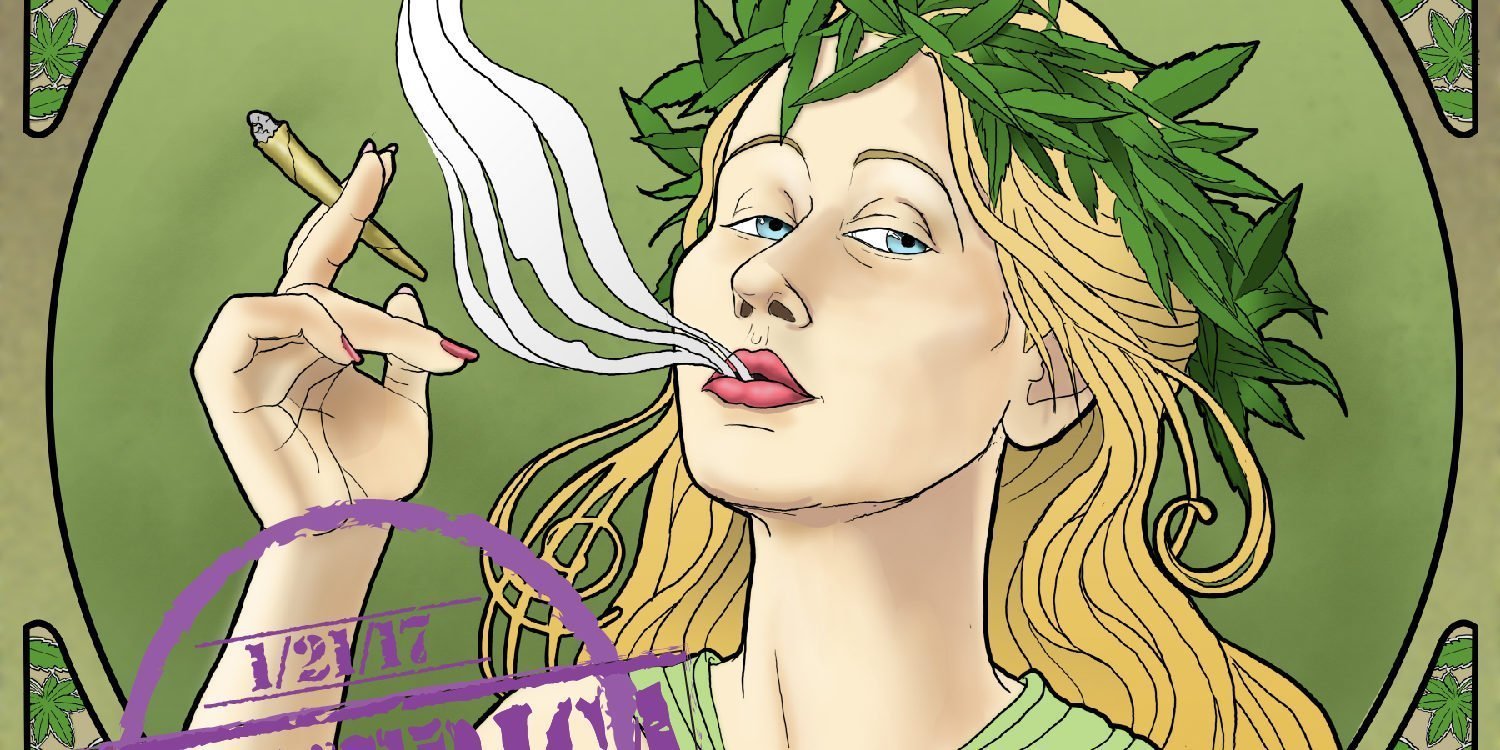 Almost everyone (arguably) has used cannabis recreationally at one time or another. Most people see it as little more than a natural substance that can cause a temporary euphoria and yet, in some people’s opinions, it is a drug that creates laziness and a depleted drive to contribute to society with any degree of intelligence. This opinion is often based on a stereotype rather than experience.

Our governments have used stereotypes to keep us from considering that cannabis can be used sensibly or for a deeper purpose. A lot of people believe it has a wealth of spiritual uses that can help us tear down our mind-driven barriers and raise our spiritual vibration – as long as our purpose and intention in using it is clearly aligned to finding a higher vibration.

Anyone who researches cannabis and spirituality will find consistent advice to use it respectfully, in a proper setting and with the proper intentions. Our intentions and expectations create our reality, so if we use cannabis with the intention of simply ‘getting high’ as opposed to exploring our consciousness, a small, euphoric high is exactly what it will give us. On the other hand, ecstatic meditative bliss and insight can result when it’s used properly; the way the ancients used it, who knew about its potential.

Beyond it’s medicinal and industrial uses, there are many spiritual benefits of cannabis. This plant has much more potential to help mankind than we give it credit for. I think its potential to help the world is why cannabis and hemp are both outlawed, despite all of the amazing things they could do if they were legal. There are interests out there who want to keep cannabis and hemp illegal, because they know cannabis can help people socially and spiritually awaken and they know hemp has a lot of uses that could grab profits away from the cotton and timber industries, among others. These interests don’t want people to explore the potential meditative benefits of cannabis, nor do they want hemp to be used as widely, industrially and medicinally, as it has been for centuries.

One of cannabis’ common effects is to alter people’s perceptions and awaken them to spirit, and the injustices that take place every day. For centuries, different cultures have used cannabis (and other plants) in a spiritual and/or ceremonial setting (the same cultures who, in some cases, used hemp industrially), and it is no mistake that this tradition carries on into today. But still, some people see cannabis as little more than a drug that, in their eyes, just makes you dumber.

Part of me wonders if the interests who profit from its illegality have purposely perpetuated the stereotypes that surround it in an effort to turn the world against it. The less aware the general public is, the more the planetary controllers profit from our ignorance. But at the same time, like any consciousness-altering substance, we shouldn’t hide from the real negative aspects of its use. We don’t want to deny the negative things that can come with consuming cannabis, particularly when it is abused, but we also don’t want to let stereotypes dupe us into thinking it can’t be used positively or progressively either.

I think it can, and a growing number of people who’ve felt the intense meditative effects of this revolutionary plant would agree with me.

Dependence and Responsible Use

Like anything else, cannabis can become destructive if it isn’t used responsibly. I think it can be used routinely without becoming an unhealthy crutch, as long as a few ideals are kept in mind and its use can be ceased without the user becoming unstable.

If emotional or psychological instability results from an inability to consume it, it might point to dependence and the user might be best to take a break and evaluate why they’re really using it and if their prolonged use is hurting more than helping.

The herb can be used safely, respectfully and responsibly if the user remembers a few things – one of which is that, although it is benign in its nature, it is very powerful. It can help us open our minds, but it can also cause us to close our minds and depend on it for any degree of happiness, wholeness or spirituality. Even if our culture thinks it’s taboo, I think cannabis (and especially its cousin, hemp) has more to offer society than most people realize. It has the power to expand minds and introduce the newly awakened to the reality of spirit and the possibility of changing this world with creativity, and its potential isn’t meant to be overlooked.

Even if it aligns me with the “hippie” stereotypes out there, I openly support the herb for its spiritual benefits, even in the face of all of the negativity and naysaying that’s constantly thrown at it. The herb retains a quiet dignity throughout all of the condemnation, silently and patiently awaiting the day when it can finally show us what it can do.

I’m not saying everyone should try it, and it definitely isn’t for all of us. It would bring some people down and densify their vibration because they’ve already raised and maintained their vibration to a point where it wouldn’t help them anymore. There are others, however (even those who maintain a consistently high vibration) who benefit tremendously from its use and the potent meditations that can result. Some people don’t use it for any spiritual purposes, but to help them relax and clear their minds of all of the stress and drama that comes with living on earth, without the negative physical side effects associated with alcohol.

I could write a whole other article about alcohol, which I don’t think poses much genuine spiritual value and, in my opinion, is much more harmful than cannabis… but I’ll leave that for another time.

The intention of this article was to provide a (hopefully) sensible perspective on what I feel is cannabis’ genuine spiritual value, and I stand by the legions of people who advocate it. We have to follow our passions in life, and if you’re passionate about something most of society still shuns, you might have to look deep within and find the courage to pursue your passion despite the fact that others will judge and condemn you for it.

Condemnation isn’t the way of the new world we want to create, and hopefully, everyone will eventually respect our different perspectives, opinions and passions. When we can all respect our differences, and honor what mother nature provides, we can come together to create something better and more in favor of the needs of the many (as opposed to the few) than our current system.

We have to set the example by loving and respecting each other right now, and this involves the willingness not to reject people who think differently or embrace things that society shuns – including our right to access other states of consciousness.

I think society will eventually accept cannabis, and the acceptance is already beginning with its use becoming legal in a few different states here in the U.S. The time has come for cannabis’ benefits (and downsides) to be understood in a levelheaded way, and those of you who are passionate about it can feel free to break any silence you may have maintained and voice your support for this popular spiritual assistant.

In embracing it, keep in mind that there are right and wrong ways to use it. Be careful not to fall into the trap of dependence that so many users seem to have fallen into. Almost anything can be good if used responsibly, and it’s similar to how you wouldn’t want to drink too much tea or eat too much food – because of the obvious negative consequences. But the negative aspects of cannabis use (or of the use of anything else) don’t necessarily have to deter us from embracing it; we’ll just want to keep those negative aspects in mind. Centeredness can go a long way, so if you choose to experience the ‘sacred herb’, let’s remember to be sensible.