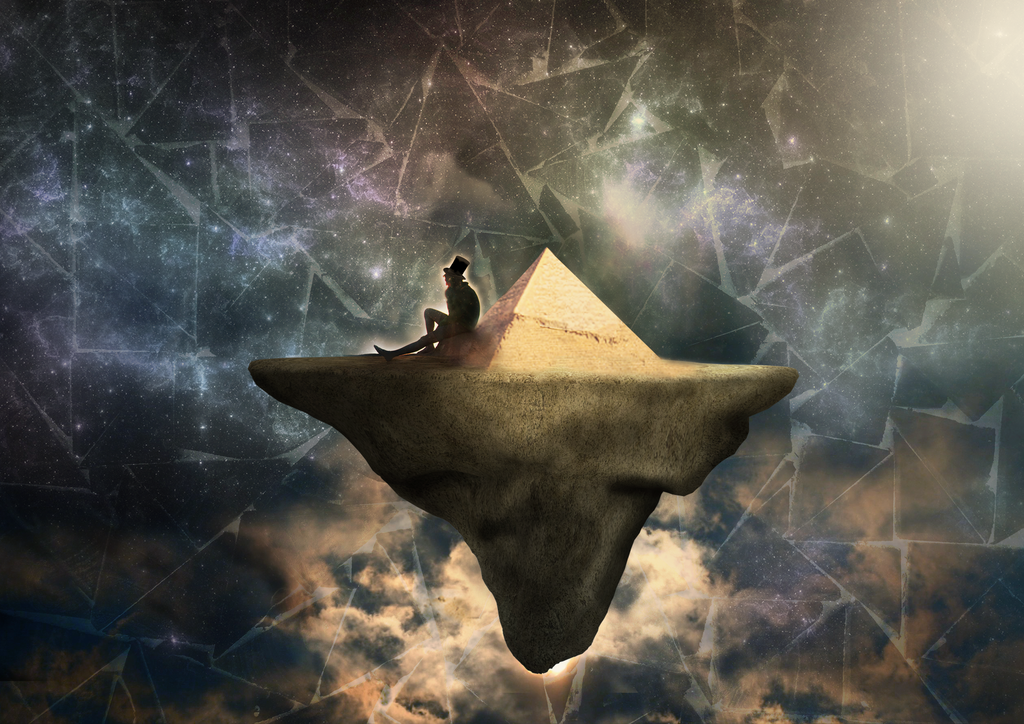 Reality is an Illusion: The Imagination VS. The Absolute

Reality is an illusion. Don’t believe me? Think about the rich, seamless experience of consciousness you are having right now, full of colour, thought, and feeling. It feels so real, so absolute. Could such a meaningful, infinitely layered experience really only be the formulaic product of a mere five senses? There’s obviously something missing here.

The Paradox of the Absolute

The problem with this notion is that our idea of the senses is equally subject to the distortions of our imagination. Nothing that we directly perceive or understand can be trusted; if our dreams can fool us, then so can waking reality. This is what constitutes the paradox of absolute reality. No discussion can really take place here. Experience is the desired method of exploration if one in search of the absolute.

Verbally pursuing the ultimate reality might lead us into paradoxes, but thankfully it’s never either or. There is another reality, one that we are slowly discovering through science. Sure, it’s not the absolute reality, but at a practical level, it’s as close as many of us will ever get without experimenting with our current framework of perception i.e consciousness exploration.

The existence of these so-called photons, the exploration of their characteristics, and the ventures of psychology and neuroscience are all incredible steps in the direction of the pseudo-absolute reality. But when it comes down to it, the knowledge of the pseudo-absolute is still founded upon abstractions and approximations of a deeper fundamental phenomenon.

Some believe that the pseudo-absolute reality is the only thing that can ever be potentially known, because they feel there is no further exploration that can take place without breaking the existing structure that allows for scientific inquiry. There is a lot of merit in this kind of thinking. Will science ever evolve to account for consciousness itself?

As it stands today, all observation and understanding is always taking place through the lenses of ordinary human consciousness. Because science is founded on this inherently limited form of thinking, it might seem that we will always be stuck exploring the reality of our minds, the pseudo-absolute, where reality is an illusion.

But science is not that naive; I feel that it will continue to evolve and eventually develop a rational place for insights gained from altered states of awareness. Just as infinity, an unfathomable concept, has worked its way into the solutions of mathematics, spiritually abstract thinking will work its way into science to help us explore brand new solutions to age-old scientific problems.

It’s interesting to think that science used to be spirituality back in the day. Then, science took its place, seeking to be more objective. Perhaps in the future, science and spirituality will intelligently come together in a synergistic blossoming of paradigm-shattering ideas that will change the way we live and go about our day to day lives. Even further into the future, perhaps we will be become omnipotent and omnipresent; perhaps our consciousness will begin to relate to everything at once rather than simply to our ego-constrained selves.

Reality Is An Illusion, But …

Going back to the paradox of the absolute, here is another way of looking at it. In a sense, the reality that we refer to as the absolute reality is actually only the pseudo-absolute that we discussed here. So it’s still part of the illusion. Any reality that is conceptualized is always only a pseudo-absolute reality, because that conceptualization is based on our existing perceptual framework. The true reality cannot be spoken of, yet it is mysteriously present everywhere.

I love it! My favorite translation of the Tao Te Ching takes a modern approach that helps all readers better understand the meaning of what’s written in the age-old text without having to decrypt any overly poetic passages. In my opinion, this is a definite must-read. If you prefer the more poetic version, I don’t have any particular recommendations, but I’d say do some searches online. There are several free ones that you might enjoy.