The Four Recurrent Truths in the Psychedelic Experience 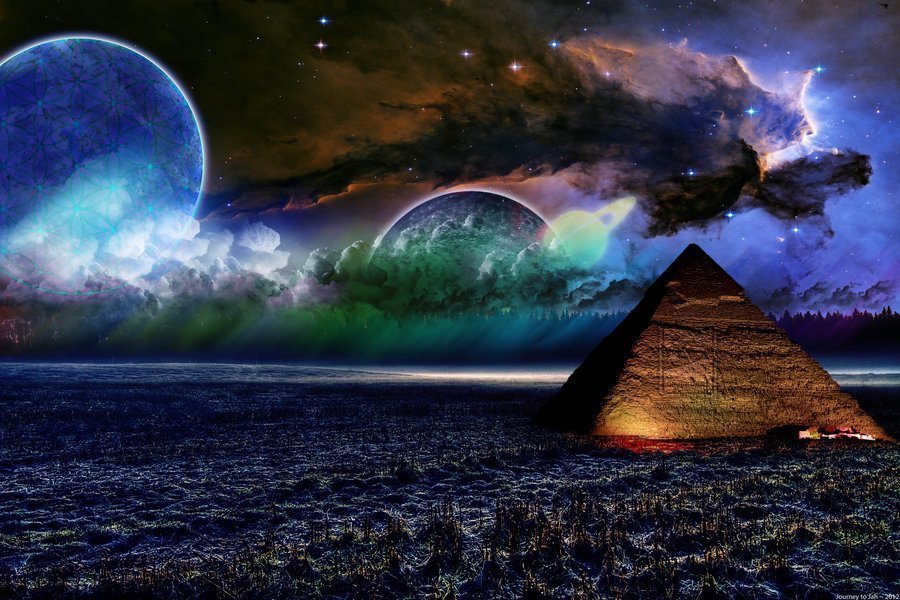 It’s hard to believe that despite the fact that humans have been using psychedelics for millennia throughout different cultures, we still know so little about their benefit and true potential. An even bigger problem is the widespread misunderstanding surrounding the use of such substances. For starters, psychedelics have been demonized since the counter-culture of the 60s when a whole generation had shifted their attention inwards and was using psychedelics to explore the inner boundaries of their psyche. At that time the U.S government had shut down all scientific research on LSD and classified it as a schedule 1 drug, making it illegal and harshly penalized throughout the states. Other countries had followed suit. The discontinuation of research meant that the opportunity to understand this particular psychedelic for medical and therapeutic purposes was thrown out of the window.

The cultural image of psychedelics remains stuck with the stereotype of hippies, anarchists and junkies tripping on ‘hallucinogens’ for personal recreation and abuse. The truth, of course, is far from this cultural bias. First of all,  unlike other drugs, psychedelics are not addictive – quite the contrary,  Ayahuasca and Psilocybin, for example, have both been shown to ‘reprogram’ and heal deep-seated behaviours such as addiction, traumas and other deeply repressed emotional states.

Furthermore, the idea that the experiences from these drugs are mere hallucinations is another misconception which leads to the misleading term ‘hallucinogens’. This is what divides people who have experienced such psychedelics and not. People who have experienced psychedelics such as DMT (including Ayahuasca), LSD or Psilocybin at least once share the tacit understanding that what they were experiencing wasn’t a fabrication of their mind but actually more profound and real than the ‘reality’ they have been programmed to perceive so far. I believe this remains inconceivable to someone who has never fully entered into the experience.

Many psychonauts share the view that psychedelics are not only a doorway to their inner psyche but to multi-dimensional information and wisdom which is otherwise filtered off by the operations of our waking consciousness. There are also many points of convergence and recurrent themes among experiences from the different psychedelics which corroborate the fact that some of these experiences are universal, archetypal and are based on a solid source of truth which is inaccessible to our normal faculties of perception except for deep meditation and rare moments of non-psychedelic mystical experiences and epiphanies.

When I watched video footage of a woman being interviewed while on an LSD trip by the Government back in the ’60s, I immediately went beyond the content itself and saw the real implication of what was being shown. Context is key. The woman was an ‘average housewife’ in 1950s America. This cultural context is important to note because it was still scarce with new age metaphysical concepts such as ‘oneness’ or ‘unity consciousness’ or non-duality, etc. Such ideas were not available in the conceptual repertoire of that cultural framework. So my thinking was that the way the woman was describing the content of her experience was not in any way influenced by any metaphysical concepts she might have read or seen on the media at the time.

A sceptic might tell you that a psychedelic trip in which one, for example, feels at ‘One’ with everything and that consciousness is everywhere might be a concept subconsciously borrowed from accounts of others’ experiences and recreated in the experience. The 1956 woman is a counter case to this logic. She had no precedent information about what one ‘sees’ in an LSD trip. Yet, in her account, she mentions four recurrent truths that are time and time again experienced by people taking psychedelics in any time, place or cultural setting.

There is infinite beauty:

Very often the visual and emotional content of the psychedelic experience leaves the individual awestruck by its intense beauty. Words, quite naturally, fail to describe the beauty of the experience because there are no conceptual or sensory correlates to anchor it to. It is what can only be described as a gaze into the infinite. Yet our cognitive setup cannot in any way grasp the infinite, hence the sheer bewilderment and absolute weirdness to it. The lady in the video exclaims “there is so much infinite beauty!….everything is so beautiful, lovely and alive!”. And that is what most psychedelic experiences convey in a convoluted and multidimensional way that defies our cognitive assimilation (yet which I believe is integrated at a deeper level of our consciousness).

In the end, she says “If you can’t see it then you cannot really know…I feel sorry for you!”. She is, in other words, saying how it’s impossible to translate that multidimensional information outside the bounds of the experience. At one instance she, in fact, says “I wish I could talk in Technicolor”. In the psyche of the 1950s ‘Technicolor’ meant an extra visual dimension to the flat black and white screen. So in her 1950s language, she is saying that she couldn’t describe the multidimensionality of the experience.

As already mentioned above, only people who have experienced psychedelics can understand this feeling. It is the strong feeling that in that multidimensional state of consciousness, one has metaphorically peeped behind the veil and outside the matrix and saw the real nature of Self and the Multiverse. Without being prompted, the interviewee strongly affirms “This is reality”.

The way I see it is that in our normal waking consciousness, our mind is habituated to filter the world according to the consensual reality of society and culture. What is normally seen as ‘reality’ is mostly a socially constructed reality – often referred to as the veil in metaphysics. What psychedelics do is shut down these filters and the psychonaut is then left with an experience of the Self that is more authentic, powerful and profound. The experience feels more real and is in many ways it is because it goes past the veil of consciousness. Incidentally, the woman mentions a ‘veil’ or a ‘curtain’ that passes right through her. What she see after that is an indescribable reality seen for the first time. This is where she says “If you cannot see it, then you cannot really know”.

This is probably the most recurring theme of all – the dissolution of the ego consciousness. It’s almost a universal theme in all psychedelic experiences. People report having no sense of self or in which the boundaries between self and the world dissolves. This gives rise to a sense of unity and non-duality. Everything, including the self, seems to melt into each other with no clear boundaries. There is then the deep insight of inter-connectedness, where everything is consciousness inter-connected and interdependent. This is not some intellectual or conceptual understanding but rather the raw experience of being it.

The interviewee directly hints at this notion when she says “Me? There isn’t any me!”

Being Part of a Larger Whole:

Side by side with the sense of losing one’s ego identity and the experience of interconnectedness rises a comforting sense of being part of a larger whole. The woman expresses it by saying “I’m part of it”. She was seeing beyond the default sense of separateness that comes prepackaged in the way our brains and cognitive functions are wired up. As mentioned above, those filters are momentarily turned off during the psychedelic experience. The strong belief that we are separate from others and the world around us – a belief that was reinforced by our perception and socialization – suddenly makes no sense anymore.

A new profound sense of belonging arises. There is a great sense of joy in this realization. Actually, it is not a realization, it is a remembrance. A truth that has been forgotten for a very long time suddenly hits you right between the eyes and zap, it turns your world upside down. If it weren’t such a beautiful joy, you would feel anger at the fact that it was hidden from you all your life. I believe that this is the only experience in using psychedelics that lingers the longest in our consciousness once the experience is over.